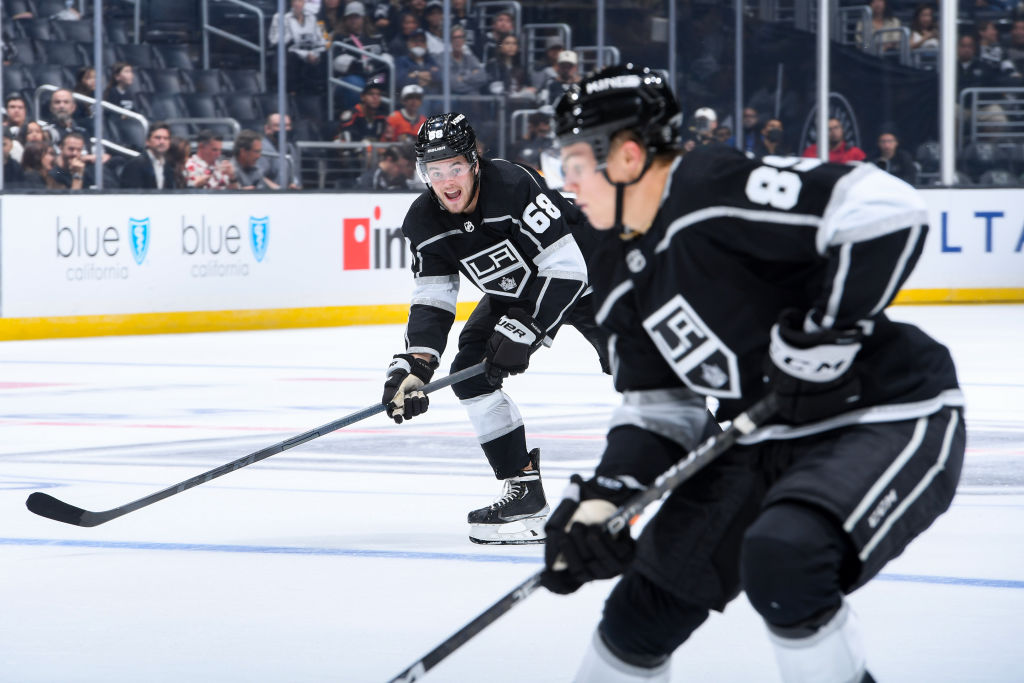 The Kings are back on the ice this morning to begin the homestretch of training camp. With the final week before what is called camp becomes practice, the Kings hit the ice in two groups once again, with a potential roster cutdown on the horizon.

The Kings have some difficult decisions to make in the coming days, particularly on the blueline, as they prepare for Opening Night in now eight days time. For today, we’ll see the bulk of the players who are in contention for those final roster spots in action with Group A, though with 10 defensemen vying for NHL spots, a pair will be with Group B in this morning’s skate.

Here’s how the Kings are set to align today –

*Quinton Byfield is day-to-day with an illness and is not listed on either group today.

AHL training camp for the Ontario Reign is set to begin in the coming days, which will coincide with the big cutdown that we’ve seen in past years. Ontario has its first preseason game this weekend, so we’ll likely see camp break for the minor-league group tomorrow or Wednesday.

Todd McLellan on cutting down the roster in the coming days
Our American League team is going to begin camp [this week], so I think at that point, you’ll probably see a large group of players assigned to the Ontario Reign. The luxury of having your own [AHL] team here right now is that we’re all in the same training camp, we’re sharing a facility. Players have already found homes, they know they’re going to play on one of the two teams and were progressing as one big group. We’ve divided the group with a little bit of forward thinking in mind, if you will, so the official transcript if that’s what you’re looking for may come fairly early this week.

On using Kupaii, Vilardi and Fagemo on a line last night when all three players are battling for roster spots
When we look at some of the other lines, there are players that we wanted to keep together there so now, we look at what’s leftover, we put them together and all three are battling for positions. All three are utility guys, where they can move around from position to position and I thought all three had good nights. The evaluation will continue tomorrow in practice and the day after and the day after. You know, the unfortunate thing is not everybody can play, we’re only allowed like everybody else so many roster spots and it’s a cruel thing, but that’s a fact of pro sports. Somebody is going to be here and somebody won’t and they’ll sort themselves out as time goes on.

On waiver eligibility factoring into potential roster moves
That would be a much better question for Rob and the management group, on waiver timing, who goes when and what triggers it. I’m not privy to that, we’ll talk about who we may want to keep and who we don’t keep, but as far as timing goes and what not, my experience is that every team is concerned about losing players on waivers at this time of the year, that 32 of them. Again, not everybody can play, you only get 23 spots so inevitably, some players have to be waived.