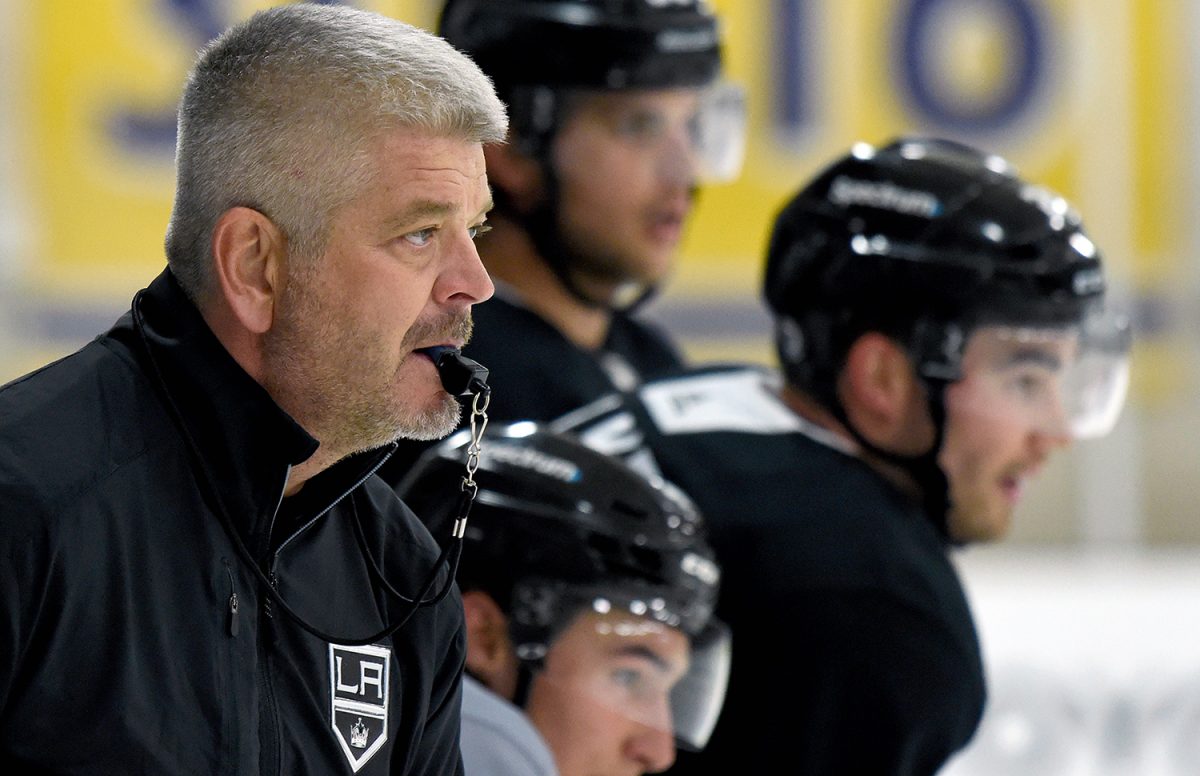 It’s that time!! The LA Kings have hit the ice here at Toyota Sports Performance Center to kick off training camp for the 2022-23 season. Five individually slotted sessions are on the docket for Day 1, including two scrimmages and three practices, with 58 of the 63 attendees taking part in on-ice activities. Those 58 individuals are divided into three groups. With enhanced expectations and a new outlook, it’s great to be back at it.

Today’s schedule is as follows –

Here’s how the Kings will line up today –

Forward Viktor Arvidsson, Alex Turcotte and Andre Lee, as well as defensemen Sean Durzi and Tyler Inamoto will not participate in the on-ice portion of today’s practice due to injury. Arvidsson skated on his own before Group A took the ice.

Expecting to hear from a nice collection of players later on today, as well as Head Coach Todd McLellan. Plenty of coverage to follow today, and every day throughout camp! Comment away, Insiders, first camp notes of the year to follow in short order!