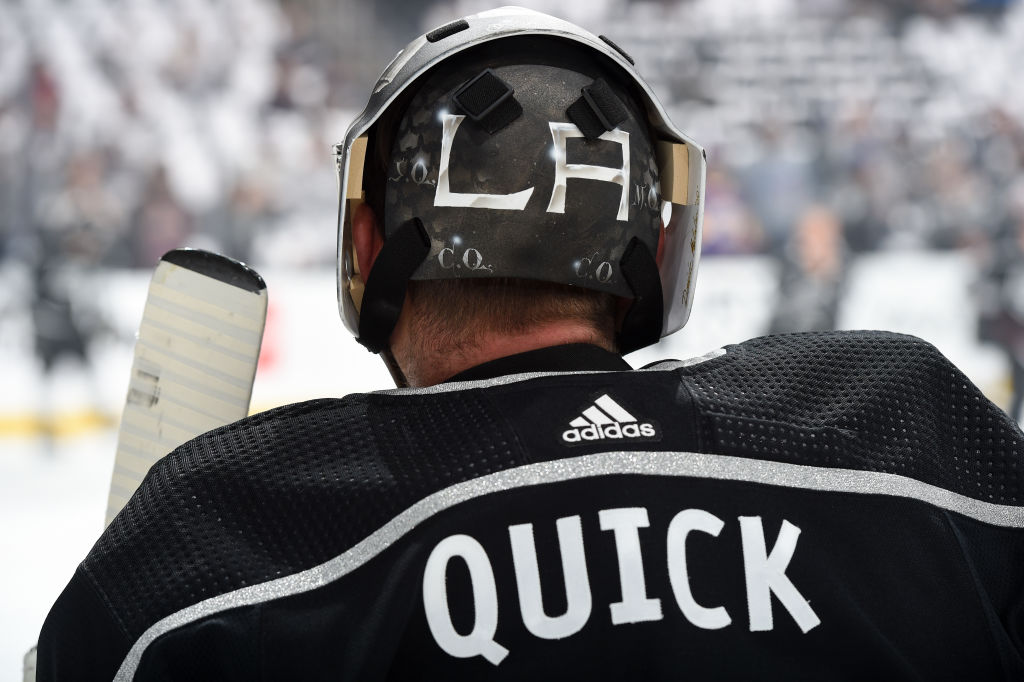 I typically like to throw up more of a longer-lens post 30 days before opening night, but perhaps 32 days is more fitting when it comes to the Kings? I’d say 23 might be the most fitting number when it comes to this particular season, but that’s the first day of the Rookie Faceoff and that’s just too darn close to the start of the season to be reflecting.

Regardless, how about a different approach?

One of my favorite fantasy football stories of the year is Matthew Berry’s 100 Facts article, where he simply lists 100 facts related to players around the league and allows you to interpret them as you will. In doing so, he is certainly steering your thought process towards the take that he has off of that information, but nonetheless, the information presented is factual, with no disputes. It’s not hard to take facts and skew them to support your narrative, and you can typically find different facts that can support opposing viewpoints, without lying or being untruthful. But they’re still facts nonetheless.

Player A: The statistics show that this player had perhaps the best defensive season of any LA Kings forward. On a per/60 basis Player A ranked 4th – not on the Kings, but in the entire NHL – in CA/60 and 8th in SCA/60. This player led the Kings in HDCA and xGA on a per/60 basis last season and was among the team’s lowest in PDO, commonly referred to as an indicator for luck.

Player B: The statistics show a player who struggled to put the puck in the net last season, as he ranked 14th among the team’s 16 regular forwards (min 150 minutes) last season in even-strength shooting percentage. Player B ranked 422nd of 496 forwards across the NHL with the same criteria. This player ranked between 10th and 12th on the Kings in goals, assists and points on a per/60 basis last season. Between the regular season and the playoffs, Player B also hit an end-of-season wall, as finished the 2021-22 campaign with just one goal from his final 20 games played.

Player A sounds like a potential Selke candidate if writers voted for wingers, while Player B sounds like a player in need of an offensive overhaul. Player A is Arthur Kaliyev. Player B is also Arthur Kaliyev. Not exactly the profiles you’d expect of perhaps the most gifted offensive prospect in the system, is it? Kaliyev is not a future Selke Candidate. With his elite shot, he’s also unlikely to shoot at just over five percent during his NHL career. We’ve all seen Kaliyev play, he’s a gifted, young goalscorer in development. Facts, spun in whichever way I wanted to make the argument, can tilt the narrative in one way or the other, but they are facts nonetheless.

With that in mind, here’s 32 more of them to ponder over as we approach training camp –

6. During the 2022 portion of last season, Arthur Kaliyev had the following totals and rankings, on a per/60 basis.

7. On a per/60 basis, Drew Doughty’s assists, points and shots were at the highest levels of his NHL career. On a per/60 basis Viktor Arvidsson led the league in individual shot attempts per/60 and ranked second in individual scoring chances per/60. The two players combined for 80 points last season.
8. The Kings posted a .628 winning percentage with Drew Doughty in the lineup last season, as opposed to a .581 winning percentage without Doughty in the lineup.
9. Drew Doughty and Viktor Arvidsson did not play a single minute in the postseason as the Kings lost to Edmonton in seven games.
10. The last time the Kings and Oilers met in a seven-game playoff series in the first round of the playoffs, the two teams met the following year as well in the second round.
11. The Kings were the only team to qualify for the 2022 postseason with 400-or-more man games lost during the regular season.
12. The Kings had 206 man games lost by defensemen, the second most of any team in the NHL and the most amongst playoff qualifiers. The Kings had just three man games lost by goaltenders, second fewest in the NHL.
13. Last season, on a per/60 basis amongst defensemen, Alex Edler led the NHL in CF and HDCF and ranked inside the Top-5 in SCF.
14. The Kings re-signed Alex Edler on a contract with a base salary of $750,000.
15. Alex Iafallo was Phillip Danault’s most common winger from October – December. Trevor Moore was Phillip Danault’s most common winger from January – April. Combining their stats from those time stretches totals 24 goals, 37 assists and 61 points.
16. The Kings haven’t had a winger post more than 61 points since Alex Frolov during the 2007-08 season.
17. During the 2021 portion of last season, Phillip Danault and Trevor Moore combined for 7 goals and 21 points, ranking fifth and 13th respectively on the Kings in total scoring. During the 2022 portion of last season, Danault and Moore combined for 37 goals and 88 points, ranking third and first respectively in total scoring.
18. When combining totals over the last two seasons, amongst defensemen with 1,500 or more minutes, Matt Roy ranks ninth in the NHL in fewest goals allowed at 5-on-5 on a per/60 basis.
19. The Kings ranked 22nd in the NHL in penalty-kill percentage last season but were tied for 17th in shorthanded goal differential (SHG for minus PPG against). From January 1 through the end of the season, the Kings were tied for ninth in the NHL in shorthanded goal differential.
20. The Kings power play fell from 18.9% during the 2020-21 season to 16.1% last season. The Kings PP% has not decreased in consecutive seasons since the 2002-03 and 2003-04 seasons.
21. The Kings hired Jim Hiller as an assistant coach this offseason. In Hiller’s past three stops as an assistant coach, the team’s power-play percentage has risen within two seasons of his arrival. More on Hiller’s influence HERE.
22. The Kings finished the 2021-22 season on a seven-game point streak when wearing their alternate jerseys with the Chrome Domes (5-0-2)
23. The LA Kings will retire Dustin Brown’s number 23 on February 11. The Kings have three wins, one regulation loss, one overtime loss and one tie on nights when they have retired a player’s jersey number.
24. Drew Doughty and Adrian Kempe both previously signed contract extensions as restricted free agents during the month of September.
25. Mikey Anderson and Sean Durzi are currently restricted free agents during the month of September.
26. Cap Friendly shows the LA Kings as having approximately $1.5 million in cap space.
27. The listed figure accounts for 15 forwards, five defensemen and two goaltenders, with two players who are expected to be healthy listed on injured reserve. The total of 24 players is one more than the allotted roster limit of 23 players.
28. As it relates specifically to Anderson and Durzi, the Kings would need to assign one player to Ontario for each player added, in addition to sending down one player outright, to be cap complient.
29. By simply assigning the three lowest cap hits (1F, 2D), the Kings would add $2,262,500 in cap space to sign Anderson and Durzi. By assigning the three lowest cap hits (1F, 2D) that are waiver exempt, the Kings would add $2,577,500 in cap space to sign Anderson and Durzi.
30. The Kings finished the 2021-22 season as a Top-5 faceoff team for the first time since the 2013-14 season. The Kings had three regular centers over 51 percent for the season.
31. Per Natural Stat Trick, the Kings had five of the NHL’s top 13 players when it came to “rush attempts” last season.
32. Tobias Bjornfot, Arthur Kaliyev and Quinton Byfield all rank in the Top 10 in their draft class with regards to NHL games played.

Of the information above, all of it is factual. Is it applicable, relevant or useful? For you to debate in the comments!