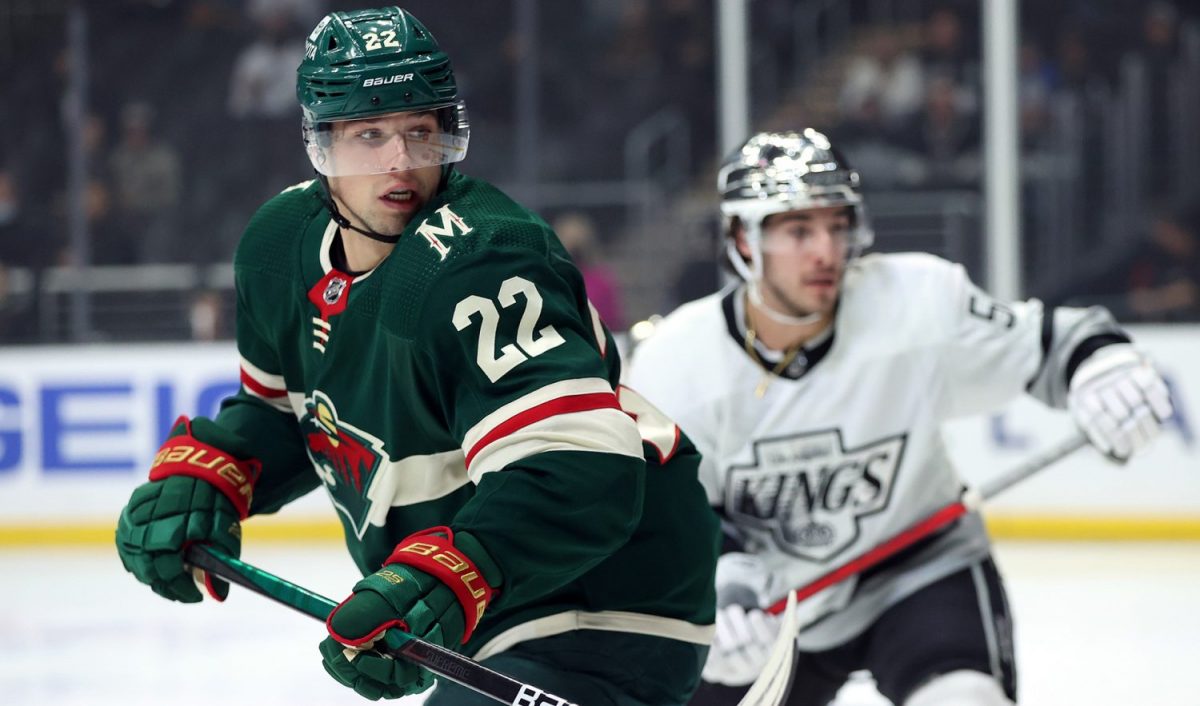 You got Kevin Fiala.

“I think I’m a fast player that is offensive, can pass the puck, can score goals and yeah, I hope I can show some defense as well.”

When the Kings acquired forward Kevin Fiala earlier this summer, they hoped they would be acquiring a difference maker, a missing piece of the puzzle at the forward position. While the organization took great strides during the 2021-22 season, moving from a cellar dwellar to a playoff team, there were still holes to be filled this offseason, notably in the goalscoring department offensively.

Enter Fiala, who was acquired from the Minnesota Wild in a big offseason deal. Coming off of a season at over a point-per-game pace, expectations will be set high for the newest member of the Kings. Immediately after the trade, Fiala committed his future to the Kings, signing a seven-year extension, sight unseen.

Sight unseen from a hockey perspective, that is. Fiala did share that he is familiar with the area at least from a visiting perspective.

When he was drafted, Fiala’s agent was based in Los Angeles and Fiala recalls a week spent out in Southern California – one which he never wanted to leave. He and his wife visited Los Angeles last offseason, before the season started, and left with Southern California as a premier destination should the opportunity ever arise to call it home. Once it did, Fiala was quick to commit, emphasizing his level of happiness with now being able to call Los Angeles a permanent location, not a vacation destination.

“I can tell you guys, honestly, I couldn’t be [happier] to play in LA.”

Now, armed with a long-term commitment from the Kings, the bar has been raised for both Fiala and the Kings as whole, even if he’s not quite thinking about it that way. 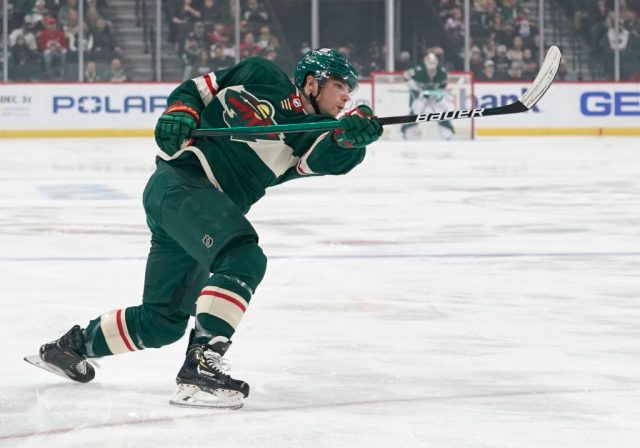 Despite the new contract and what the Kings gave up to bring him to Los Angeles, Fiala does his best to compartmentalize the two. He tries, internally, to separate the contract and the trade value from his on-ice play, which was raised another level last season. Now, with his long-term future secured, his focus is strictly on becoming a part of the Kings as a teammate and a contributor, not simply to live up to the billing of a newly acquired star.

Fiala pointed to a conversation with Kings General Manager Rob Blake, immediately following the trade, that made him know for sure that a long-term relationship with the Kings was the right one for him.

“We had a great talk, actually, about one day before I signed, on a Zoom call just back and forth about what they want it, what I want and it was just a great fit,” Fiala said. “We both felt like [that], so it’s very important, I think that works out from both sides and it did so I’m very happy.”

Managing his own expectations is not to say he isn’t that high-caliber player, however, because his 2021-22 campaign with the Wild showed that he certainly is. Fiala was one of the NHL’s top 5-on-5 players, producing at an impressive clip with his team playing at even strength. Fiala ranked tenth in the NHL last season in points during 5-on-5 play and eighth in points/60 among players with at least 800 minutes of ice time. Fiala was a Top-20 player in 5-on-5 goals, pushing into the Top-15 when graded on a per/60 basis.

That’s over the course of a full 82 games, however.

On January 1, Fiala had just six goals from 30 games played. His assist totals were better – 14 from 30 – but he wasn’t producing to his own expectations over the first few months with Minnesota.

“At the start of the year, I put too much pressure on myself and my goals were high, but it’s a new season, you start from zero, you [want to] jump from zero to 100,” he said. “So and that was maybe the problem, I didn’t quite get it [in the first half of] last year.”

In the second half, however, Fiala exploded. In January alone, he matched his total from October through December, followed up with five goals in February, six more in March and a season-high ten in April. Fiala scored at better than a point per game in each of the final four months of the 2021-22 season, including a blisteringly strong finish, with 24 points from 16 games during the month of April.

Fiala ended up in the NHL’s Top-15 in total points during the 2022 portion of last season. When you break those numbers down strictly to 5-on-5 play, Fiala had the fifth most points in the NHL during that span, trailing only the Toronto duo of Matthews and Marner and the Calgary duo of Gaudreau and Tkachuk. 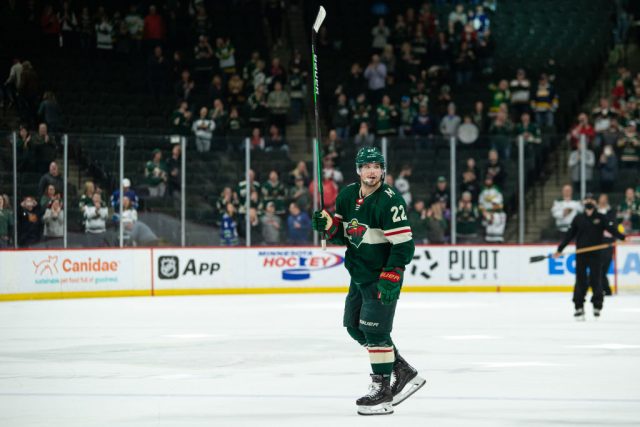 The benefits to 5-on-5 scoring, naturally, are that it comes during the run of play. 5-on-5 is the most common format in a hockey game and Fiala excelled in that department. On the power play, however, he ranked just fifth on the team in time on ice per game on the man advantage, contributing five goals and 17 points. coming to Los Angeles, perhaps there could be even more of an opportunity.

Fiala had no qualms about his usage in Minnesota, at least none he cared to share publicly. His power-play TOI wasn’t drastically lower than the four forwards in front of him, he frequently featured on the first unit, but he was also rarely used on the team’s top forward line at even strength, playing just over 40 minutes all season at even strength with Kirill Kaprizov.

The Kings were a team that struggled on the power play last season, something that has been covered at length, and Fiala is hopeful he can help in that area. With new coach Jim Hiller in place to take on that unit, along with the addition of a player like Fiala, there is excitement around the potential future of the 5-on-4 group.

“That will be a big goal for me, to help the team be better at the powerplay,” Fiala said. “Of course, I will see what the coach says, where I should play or where I will play. I played on half-wall in the last few years, so we’ll see. Wherever he puts me I will be fine. You know, the last few years I’ve been on both flanks I’ve been in the middle, we’ve been mixing around. So we’ll see.”

Joining a team that ranked just 20th in the league in goals, Fiala’s presence has created a lot of excitement with where he will slot in and how he can help the team to grow offensively. Fiala has already started to feel comfortable, highlighting texts he’s received from his new teammates, a strong contingent of European players and his friendship with Viktor Arvidsson, a former teammate in Nashville, who he called a “great friend off and on the ice.”

For now, Fiala is enjoying his offseason, one that recently included his formal wedding celebration, after he was officially married last offseason, as well as some time back in Europe. One thing it won’t include, however, is a trip to Los Angeles to charge the batteries before the season gets underway, as he had last summer. His next trip to LA will be for good, as it will be for the next seven years of his playing career.