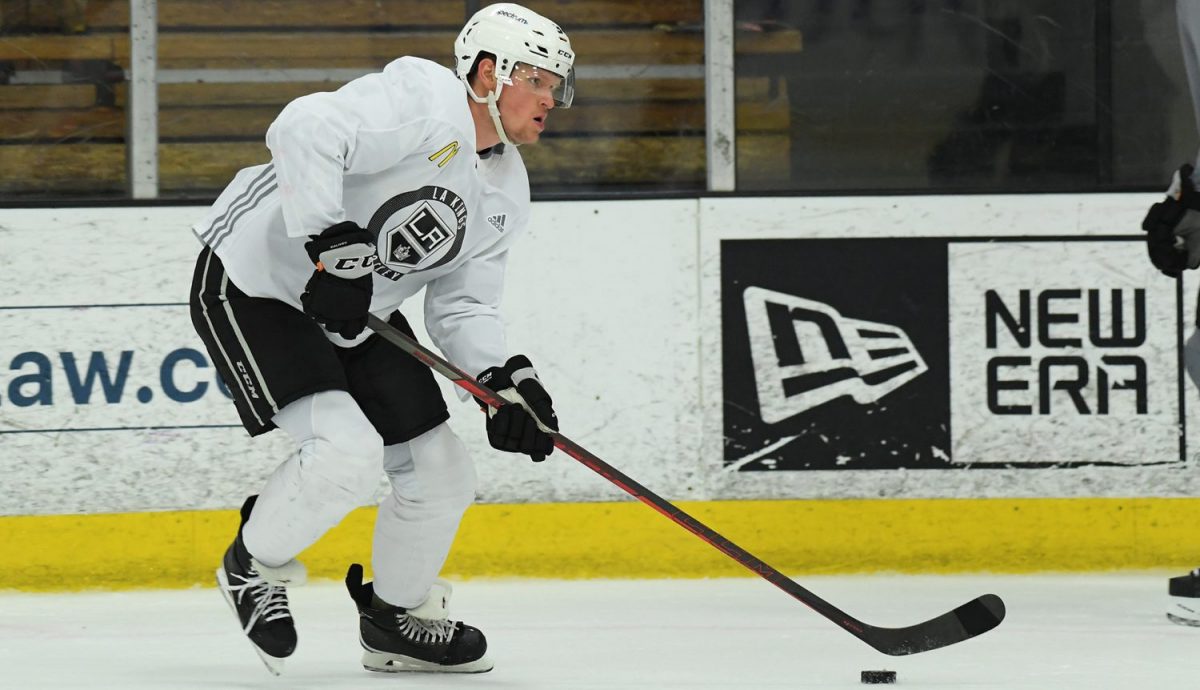 It all started with a meeting.

On Sunday evening, before Development Camp officially got underway from a public perspective the following morning, Kings Head Coach Todd McLellan had a specific message for four of the players who played in the NHL last season. Lead.

McLellan spoke to the quartet of Tobias Bjornfot, Quinton Byfield, Arthur Kaliyev and Jordan Spence in advance of development camp this week, hoping to get those players to take initiative and lead some of the younger players throughout the course of the week.

It’s certainly weird to call any of those four players a veteran. Even Bjornfot, who now has more than 100 NHL games to his name, just turned 21 a couple of months ago.

In this setting, however, the term is appropriate, as weird as it might be for the players themselves to say.

“It’s kind of crazy that I’m one of the oldest guys here,” Spence admitted. “I’m just trying to lead by example and it’s always good to have a scrimmage and get to know some of the guys who have been drafted.”

For a player like Byfield, who attended last season’s development camp, this is a different experience for sure and one with different direction.

He’s still here to improve on the ice, no doubt, and certain parts of this week are tailored towards that. He’s also here in that mentoring and leadership role, with an opportunity to grow and develop as a leader himself. That opportunity might not present itself so evidently in an NHL locker room filled with veterans, but it’s a good chance for himself to grow. Admittedly, it’s been a bit of a different experience. 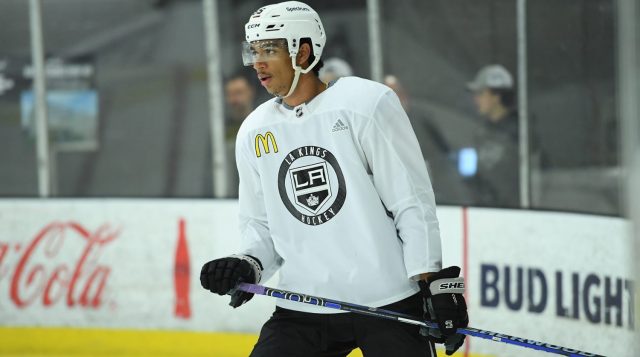 “It’s definitely different,” Byfield said earlier in the week. “Coming in, in other years, you just wanted to come here and prove yourself, but coaches lean on you to be a veteran presence and help the younger guys, which is kind of weird for me to say, but helping them out. We know where all of the locker room stuff is and everything, we know what the coaches want to see. It’s definitely something we all want to take on and just be there for the guys.”

All four of those players have NHL games to their name. Kaliyev skated in 87 games with the Kings between the regular season and playoffs, while Bjornfot played in 70 contests. Byfield and Spence each featured regularly in the second half of the season and both players got their first taste of postseason action as well in the first-round series versus Edmonton.

In some ways that all carries value this week, because it’s something that should appeal to an 18-year-old player coming into his first development camp. That less-experienced player should know who to look at in drills on the ice and he should know who to watch for habits off the ice.

From Kaliyev’s perspective, that’s how he’s approaching the week, to be that player who others can look at.

Kaliyev admitted that perhaps certain guys have been shy or hesitant to approach one of the veterans of the week. And that’s understandable, when looking at players who are a few steps ahead in their own development.

Bjornfot was quick, however, to note that he is hopeful that is not the case too frequently. He understands that part of his role here this week is to be that welcoming face for a recently drafted player and he wants those younger teammates to approach him freely with questions.

“I’m just trying to work out hard in the gym and be a role model for them,” Bjornfot said. “I want them to ask questions to me and just talk to them, be a nice guy, help them out.”

When asked who on the Kings had done that for him over the last couple of years, looking out, Bjornfot’s answer was perhaps one that wasn’t the first name that would come to mind – Matt Roy.

Bjornfot pointed to simple things like having him over for dinner – with tacos on the menu – went a long way with helping a younger player feel comfortable. He’s doing his best to pass along some of those things here this week, in a different setting.

For their part, some of the players drafted just last week have taken notice.

Sixth-round selection Jack Sparkes for example has taken it upon himself to watch Bjornfot and Spence specifically, two players who play his position and have played it in the NHL.

“How professional they are, I’m always trying to learn from their game and study how they play,” he said of those two. “Those guys are very established, really great players, I’m trying to learn what I can from them and pick their brains.”

On the forward side, it’s Kaliyev and Byfield setting that example. When a drill begins with the forward group, it’s Byfield taking the first rep to show the group how it’s done correctly. Players like 2022 fourth-ronud selection Kenny Connors highlighted small facets of their game, such as wall play and shot release as areas he’s observed with those guys.

Fifth-round pick Jared Wright has been paying attention as well, as he lauded the professionalism and attention to detail that both players show.

“They’re great examples on and off the ice, just how detailed they are,” Wright said. “You can tell why they’re playing in the NHL, why they were so successful in the AHL and obviously now in the NHL. It’s really special to see and you just try to pick up whatever you can.”

For some players, such as those bound to play in the NCAA or perhaps certain camp invitees, this is the last time they’ll be here in Los Angeles until perhaps this event happens again next summer. For the quartet of Bjornfot, Byfield, Kaliyev and Spence, however, this is just the beginning.

All four will enter training camp in the fall with NHL aspirations once again, with a goal of making the team out of training camp, as Bjornfot and Kaliyev did this past year. For now though, they’re focused on the event at hand, with the goal of making the week as successful as they can for not only themselves, but for many of their teammates as well. 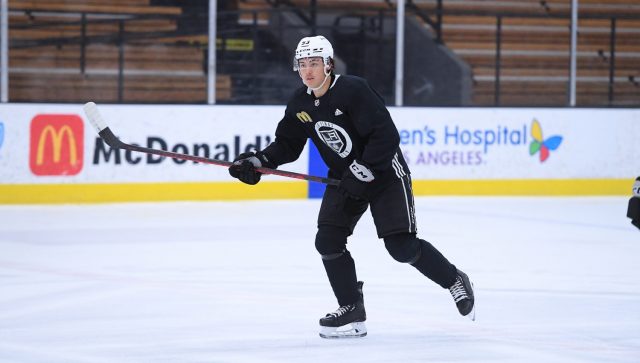