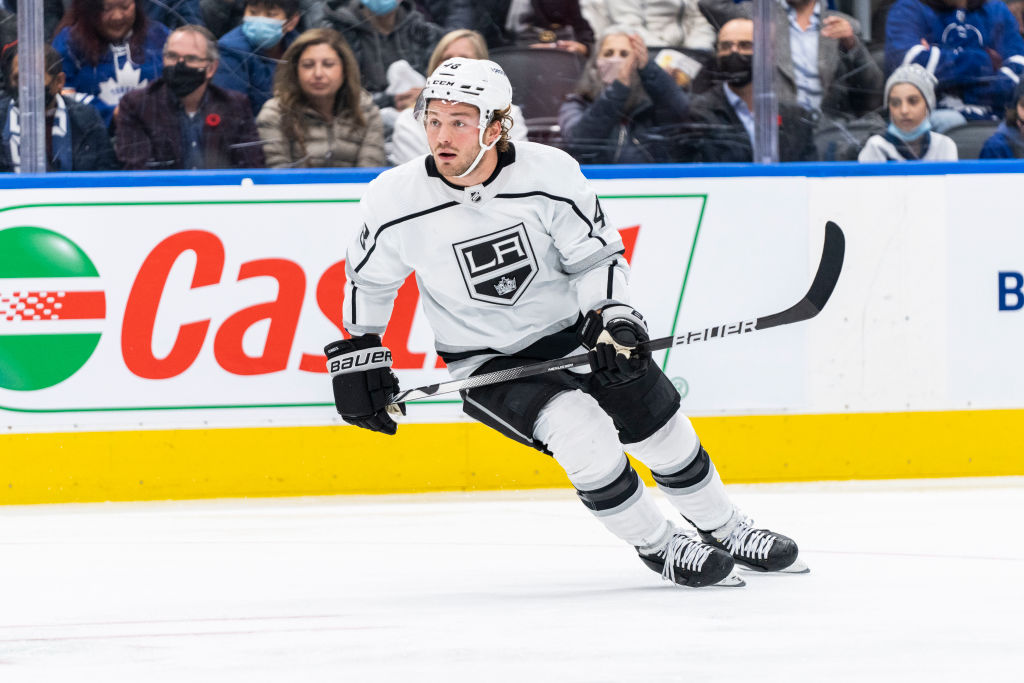 The LA Kings have made their first move of the day, but it’s a familiar face returning to Los Angeles. Though he was not tenedered a qualifying offer, we noted here that a reunion between forward Brendan Lemieux and the Kings was still something that was being discussed, though at a lower cap hit than his offer would have been for. Today, we’ve got that offer, as Lemieux has signed a one-year extension with the Kings, a deal that carries an AAV of $1,350,000.

Instant Analysis – It’s not surprising to see the sides come together on an extension. Lemieux was a valuable fourth-line player this season and has good chemistry playing with Blake Lizotte, who is penciled in as a bottom-six center for the Kings come training camp in the fall. Lemieux brings those elements that the Kings lack elsewhere – toughness, a willingness to toe the line and a willingness to stand up for his teammates. He’s not the biggest body, but he plays a bigger game than his size suggests, all while contributing offensively at a good clip for his role, producing solid numbers in the process from a metrics standpoint. With all that in mind, it makes some sense to extend the relationship for another season.

Lemieux Season In Review – First things first, Lemieux was one of the best possession players on a very good possession team. Lemieux ranked inside the team’s Top 3 in CF%, SCF% and HDCF% amongst regular forwards, all while posting the best single-season metrics of his NHL career. Forming a line with Blake Lizotte and Arthur Kaliyev, Lemieux posted a very strong possession season on the fourth line, showing his ability to contribute in a variety of ways beyond just what you might expect from his style of play. From a raw production standpoint, Lemieux ranked fourth on the Kings in goals per/60, averaging just under one, with only the high-scoring duo of Adrian Kempe and Phillip Danault, as well as Andreas Athanasiou who posted strong numbers in a short sample size, ranking higher. Lemieux provided timely and important goals, despite his role in the lineup not necessarily being tailored around that part of his game.

For better or for worse, Lemieux brought his own style to the Kings. For better, he was the first to stand up for his teammates, with a willingness to mix things up or drop the gloves in defense of say Lizotte. He played on the edge and for the most part, stayed on the right side of it while antagonizing his opposition in the process. There were a few times, however, where that style got Lemieux or the Kings in trouble, with a few bad penalties and a five-game suspension impacting his season, with a couple of controversies along the way. Comes with the territory at times, with an effective player for his role when on the right side of the line.

Selected 31st overall in the 2014 NHL Draft by the Buffalo Sabres, the Denver, Colorado native has also played in 117 AHL games since making his professional debut during the 2015-16 season. He registered 65 points (33-32=65) and 306 penalty minutes during that time.

Lemieux’s signing naturally brings the Kings closer to the salary cap, but it also maxes out the 23-man roster with four restricted free agents still to sign. With Lemieux included, the Kings are listed with $2,338,333 in cap space remaining, with 14 forwards, seven defensemen and two goaltenders under contract. What that means is that signing say Mikey Anderson won’t subtract the entirety of his cap hit from the team’s remaining cap space, because it would ultimately subtract one of the other defensemen from the cap to hit the roster limit. Teams can also exceed the salary cap by ten percent during the offseason, meaning that the Kings still have a lot more flexibility today than you might normally assume based on what the numbers are telling you.

The frenzy is underway! We’ve seen several deals around the league, including former Kings goaltender Jack Campbell inking a five-year contract with Edmonton, with more certainly to follow!