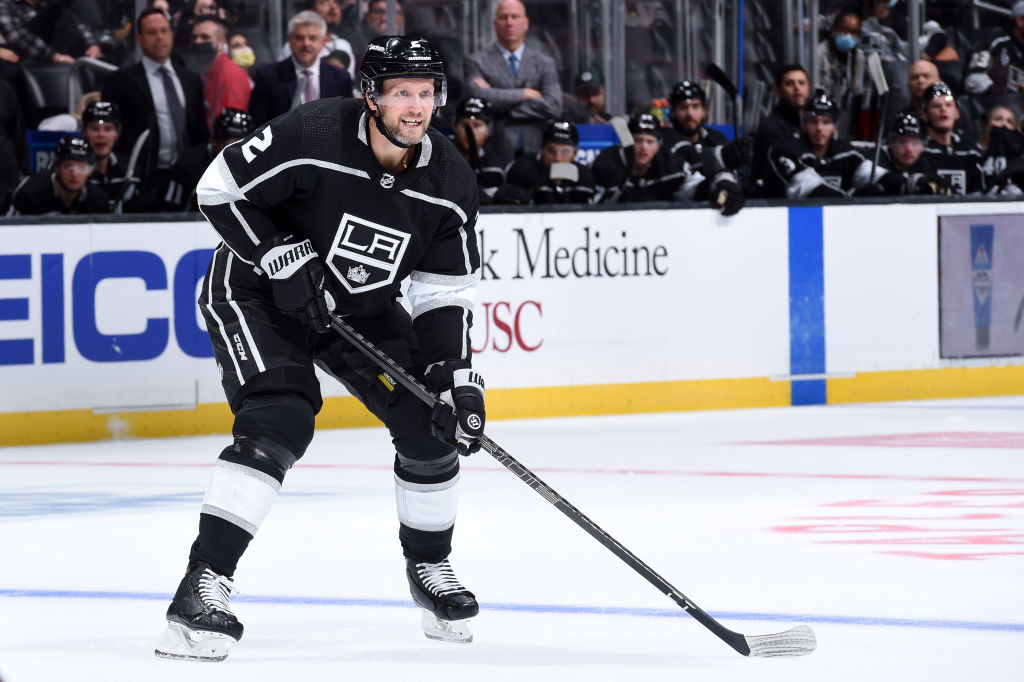 Coming off of an excellent fit on a one-year contract last summer, Alex Edler and the LA Kings are running it back, with the two sides agreeing to a one-year contract extension, less than 24 hours before Edler was set to become an unrestricted free agent. Edler’s deal carries an AAV of $750,000, with the option for another $750,000 via games played bonuses, which can be reached in $250,000 increments at 10, 15 and 20 games played.

Instant Analysis – To put it bluntly – in my opinion – this is an excellent piece of business for the Kings. Edler was a darling when it came to possession metrics and the team now retains him at a substantially lower cap hit than a season ago and that’s the case even if the bonuses were straight salary, which they won’t be on Opening Night. Sure, Edler is a year older and he suffered a major ankle injury back in November, which cost him months of game action, but when he was fully healthy, he was exactly the veteran presence the Kings needed. Edler was a good fit with multiple different partners and was exceptionally important, both on and off the ice, when factoring in all of the other injuries on defense. Rob Blake indicated last week an interest in re-signing one of Edler or Olli Maatta, who both had good seasons, and today’s deal is one that makes a ton of sense from a Kings perspective.

Edler Season In Review – Edler’s metrics were outstanding, not only compared to his fellow Kings, but from an NHL perspective. To put it into the most basic terms possible, when Alex Edler was on the ice, the LA Kings had the puck and were creating offense. On a per/60 basis, among defensemen with at least 500 minutes at 5-on-5 this season, Edler led the NHL in on-ice shot attempts for and on-ice high-danger chances for, ranking third in on-ice scoring chances for. That’s not to say Edler was a high-event player who didn’t defend. When factoring in both opportunities for and against, Edler ranked fifth in the NHL in HDCF% and tenth in CF%, meaning when he was on the ice, the Kings controlled the puck from both a quantity and quality perspective, without conceding a ton the other way.

While Edler did not post staggering offensive totals – three goals and 19 points from 41 games played – his assists on a per/60 basis were actually among the best in the NHL. Edler ranked ninth in the NHL with 1.12 assists per/60, moving up to sixth when it comes to first assists, at a rate nearly equivalent to Cale Makar. His points per/60 were the same as Adam Fox. At this point, I’m just racking up out of context stats, but you get the jist that Edler had a good season. Add in his commitment to the team – coming off of a very serious fractured ankle, he approached Todd McLellan to return from injury well ahead of schedule when the team had an injury crisis in March – and you’ve got a great fit for this group, back in the fold for another season.

Edler, 36, posted 19 points (3-16=19) in 41 games while averaging 18:01 time-on-ice per game with the Kings last season. Before signing with the Kings on July 28, 2021, the 6-3, 210-pound defenseman spent his previous 15 NHL seasons with the Vancouver Canucks. With the Canucks, he helped the organization reach the 2011 Stanley Cup Final as well as capturing the Presidents’ Trophy twice (2011, 2012) as the league’s best regular-season team, and six Northwest Division titles. He also earned an invitation to the 2012 NHL All-Star Game.

Selected by Vancouver in the third round (91st overall) of the 2004 NHL Entry Draft, Edler has appeared in 966 career NHL games, totaling 428 points (102-326=428). He has also added 40 points (8-32=40) in 89 career playoff games, including two assists in seven appearances with the Kings last season. He leads Vancouver defensemen all-time in goals, assists, points, games played (fourth overall) and ranks second in power-play goals (46).

The Ostersund, Sweden native has represented Team Sweden on multiple occasions. He won a silver medal with them at the 2014 Olympic Games, posting two points (1-1=2) and a plus-2 rating in four games. A two-time gold medalist at the IIHF Men’s World Championship in 2013 and 2017, he also skated in the 2008 event, totaling eight points (3-5=8) and a plus-9 rating in 20 games over those three tournaments. The first time he was a member of Team Sweden was in 2006, when he posted one point (0-1) and a plus-2 rating in six games at the IIHF World Junior Championship.

This deal also will not prohibit the Kings from bringing in another veteran on the backend should they choose to do so. Off the rip, Edler’s deal will only count for $750,000 against the cap, which is the league minimum, so as one of what will likely be seven defensemen on the NHL roster, Edler couldn’t possibly cost less. That’s great from a cap flexibility standpoint and it will not prohibit the Kings from making any additional roster moves.

As of now, the Kings have $3,688,333 in cap space available, with that number accounting for 13 forwards, seven defensemen and two goaltenders. Although the Kings still have four, qualified restricted free agents to sign, and could make a move during unrestricted free agency, which opens tomorrow, adding new cap hits onto the active roster would subtract a different contract down to the AHL, meaning it won’t shrink that amount of cap space by as the contract itself will cost.

Looking ahead, Insiders, we’ve got Day 2 of Development Camp underway at Toyota Sports Performance Center and I’ll be back just in time for the 3 PM scrimmage. Full coverage to follow. Between the week-long camp, rumblings about a new member of the staff being added and the start of unrestricted free agency tomorrow, we’re in for an action packed week of news here. Thanks as always for reading! Talk soon.