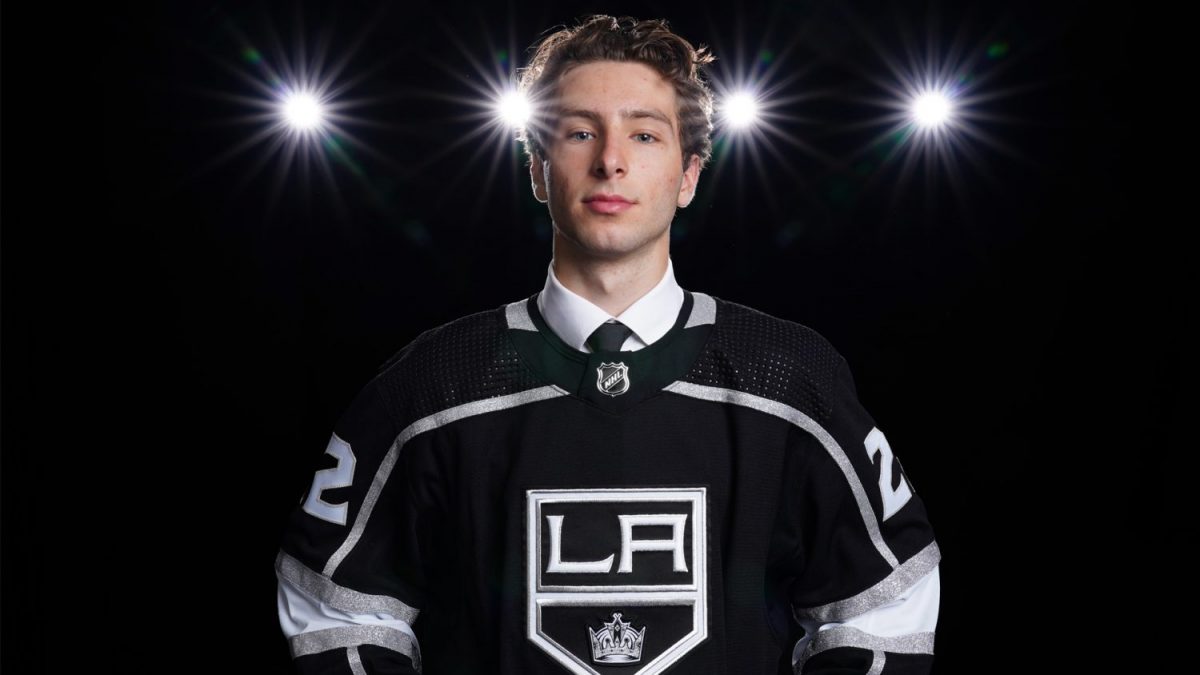 It’s Development Camp week in El Segundo! A group consisting of 35 players has gathered at Toyota Sports Performance Center for the team’s annual development camp. Formats always change from season to season, but this year’s group of players certainly has a different feel to it than in years past. Pre-COVID, development camp typically consisted just of players who had not played professionally in North America for a full season. This year’s roster takes a different approach, consisting of several skaters who spent a full campaign between the Kings and the AHL’s Ontario Reign. At first glance, those selected in 2019, 2020, 2021 and 2022 are on the roster for this season, regardless of experience level, with those who are older excluded from the roster. The lone exception is David Hrenak, who was selected in 2018, but has not played a full professional season.

Six players played with the Kings during the 2021-22 season, including Tobias Bjornfot and Arthur Kaliyev, who spent the season exclusively at the NHL level. Kaliyev played in seven playoff games, while Quinton Byfield and Jordan Spence, also on the roster, skated in postseason action. Those with more experience should provide both a positive example and strong competition for those younger players, including the team’s top selection at the 2022 NHL Draft, forward Jack Hughes.

Bjornfot, Kaliyev, Byfield, Spence and Hughes are five of the 35 players in total who will gather for camp this week. The full roster for development camp is listed below – 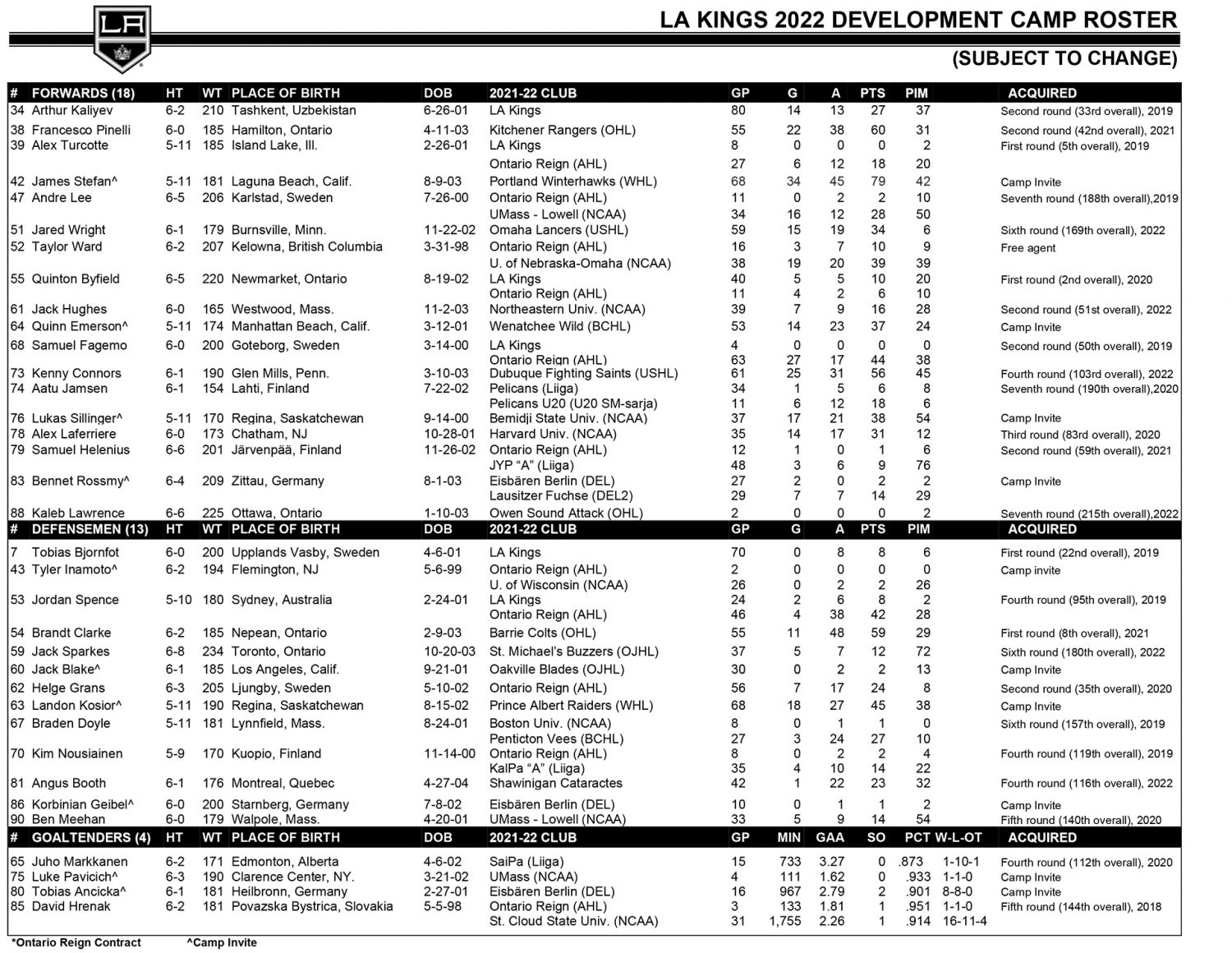 Included on the roster are 24 players selected by the Kings during an NHL Entry Draft, one player signed by the Kings as a free agent and 10 camp invitations. Included amongst the invitations are Tyler Inamoto, who signed an ATO with Ontario last season, Landon Kosior, who was on the team’s rookie camp roster back in September and California native James Stefan, who had a breakout season in the WHL.

The team will gather for five days in total. The first three days are full days, consisting of practices separated by position in the morning and a full-group scrimmage in the afternoon. The camp will have just the practice element on Thursday, with a scrimmage on Friday morning to conclude the camp. Typically, the Kings provide an off-ice activity that provides players with a feel for the area, which could come on Thursday with no on-ice afternoon activities scheduled, though that is currently not announced.

A full camp schedule is listed below –

We’ll have full coverage from the entire week here on LAKI, with players expected to be made available for interviews after each day of camp. Mix that in with what could be free agent signings as soon as Wednesday, with the NHL set to open unrestricted free agency then. Add in the ever-likely possibility that the Kings could sign their own restricted free agents at any time and we could be in for a busy week here in Los Angeles. The team is due to submit qualifying offers by tomorrow, with nine restricted free agents still remaining, and a few different directions possible from that time.