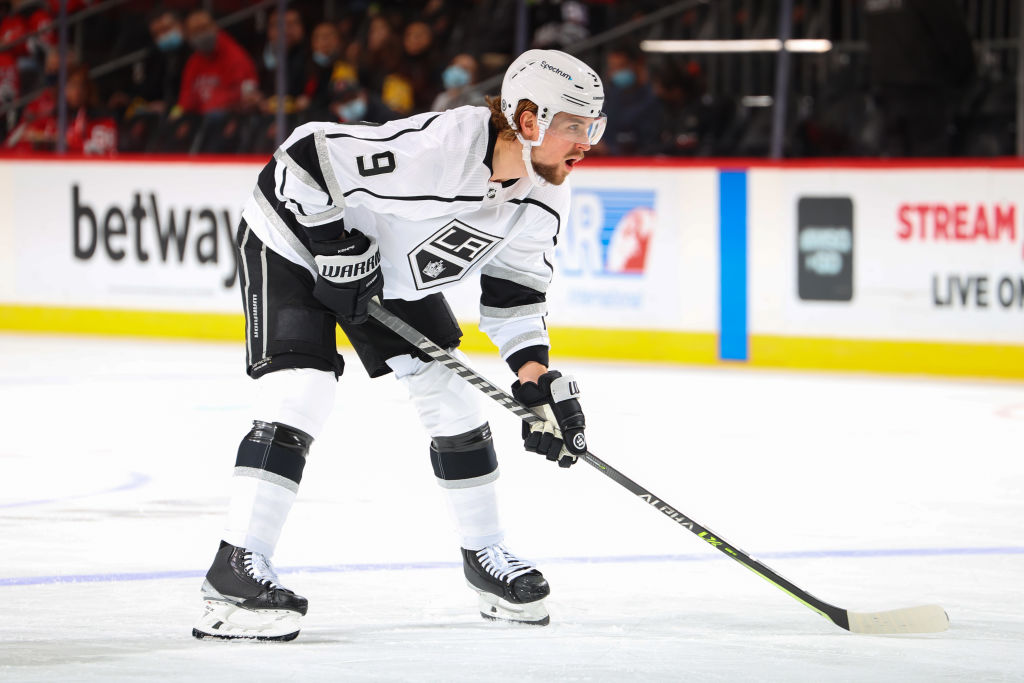 The draft is over, but the news keeps coming, Insiders!

The LA Kings announced this afternoon that they’ve agreed to a contract extension with restricted free agent forward Adrian Kempe. Kempe’s deal is a four-year extension carrying an AAV of $5,500,000, which ties him to the organization through the 2025-26 season.

Instant Analysis – Well deserved contract and raise for a player who made noticeable strides this season, as he put everything together for the Kings in 2021-22. At his end of season availability, Rob Blake mentioned it was the team’s number-one priority to get a deal done with Kempe, and that the two sides halted any in-season negotiation to avoid any distractions. The results were evident with a breakout, 35-goal season. Blake then re-emphasized that point earlier this week, noting that Kempe’s deal is important in not only locking in a core player, but also in establishing the team’s available cap space heading into free agency. Now, that contract is done, at a cap hit that was expected, which sets the Kings up heading into free agency.

Kempe Season In Review – The speedy attacker broke out as a goal scorer, putting together many of the tools we’d seen from him over the years, and turning them into offensive production at the highest level of his NHL career. Kempe led the team in goals last season, setting career-highs in both goals and points. With a strong season offensively, producing with goals both at even strength and on the power play, as well as providing his same level of two-way play, Kempe was everything the Kings could have wanted and more during the 2021-22 season.

Kempe was also a player who continued his production into the postseason, leading all Kings skaters with six points (2-4-6) from the seven-game series including the team’s biggest goal of the season, the overtime game-winning goal in Game 5 that put the Kings ahead by a 3-2 series margin. Kempe was also a top-three player in shot attempts, shots on goal and scoring chances in the series against Edmonton, things that carried over from regular-season play to postseason play, as Kempe produced as expected in his second taste of the Stanley Cup Playoffs. He also earned his first nomination to the NHL All-Star Classic, representing the Kings at the league’s midseason showcase.

Todd McLellan on Adrian Kempe
I think that Adrian is a man now. People are going to watch him and say he was a man 3, 4 years ago, he had a man’s body, but he has a man’s mind now. He gets the game, he knows how to manage his way through a game, he understands situations, he’s experienced highs and lows enough, he’s broke through barriers as a young, developmental player. He has climbed the ladder, he’s hit almost every rung now and he’s broken through all those rungs. He’s such a valuable player to us and there’s a good lesson there, of not giving up on individuals because three years ago, we were sitting him out. We were trying to figure out if he was a center-ice man or a left winger. The organization and he stuck with it and look at him now. As far as the on-ice stuff goes, he’s confident, he’s using his legs to get to places without the puck, which allows him to be in more scoring situations and then he can really use his legs well with the puck. He’s combined both, which has improved, and I think his shot’s improved.

Kempe, 25, had a breakout year establishing career-highs in nearly every statistical category including goals (35), points (54), shorthanded goals (3), and game-winning goals (7). Since the 2003-04 season, just two other Kings have scored 35-or-more goals, with the most recent being captain Anze Kopitar in 2017-18. For his efforts, the 6-2, 205-pound forward was named to his first-ever NHL All-Star Game and voted Most Valuable Player by the Kings Booster Club. A key contributor in helping the Kings secure their first postseason appearance since 2018, Kempe led the team with six points (2-4=6) in seven playoff games.

Per CapFriendly, following today’s transactions, the Kings now have $6,488,333 of cap space remaining. Those totals consist of 11 forwards, including Kempe, as well as six defensemen and two goaltenders. The Kings have nine restricted free agents remaining, with defenseman Mikey Anderson being a priority amongst that group. Blake noted he was keen to extend and reward players who developed within the system, with Anderson one who has done exactly that. The Kings also have nine unrestricted free agents, including the duo of Alex Edler and Olli Maatta, with the organization potentially in the mix to bring back one of those players as a veteran option on the backend.

The summer of moves is ongoing and today’s extension is an extremely important step in seeing what comes next. With Kempe locked in, the Kings know exactly how much cap space they have at their disposal, with other restricted free agents likely to come in well under that total with more manageable deals.