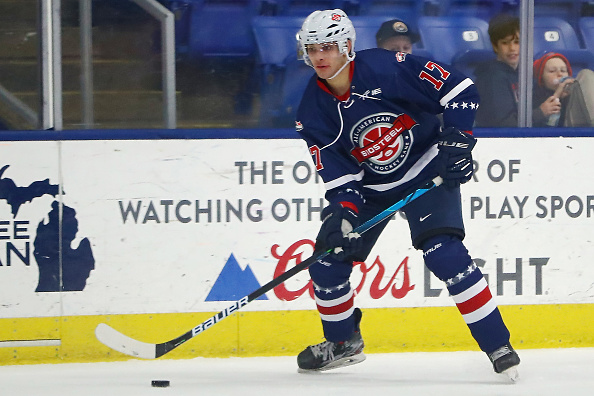 Feels like the Wright pick at this spot? The Kings have selected another player out of the USHL, adding Colgate commitment Jared Wright in the sixth round.

Quick Take – Not a ton of external reports on Jared Wright, an overaged player who played his 2021-22 hockey in the USHL with the Omaha Lancers. Wright is a prospect who is likely a longer-term projection, committed to Colgate University out of the USHL, beginning with the 2023-24 season. The 6-2 winger had a solid campaign, his first at that level, and is likely one for the future, with development needed and to come as he continues to progress playing junior and collegiate hockey. Will get more on this selection later on, with the Kings likely recognizing a tool that they value in this player.

By Jack Jablonski
123 Comments
Looking to the Future