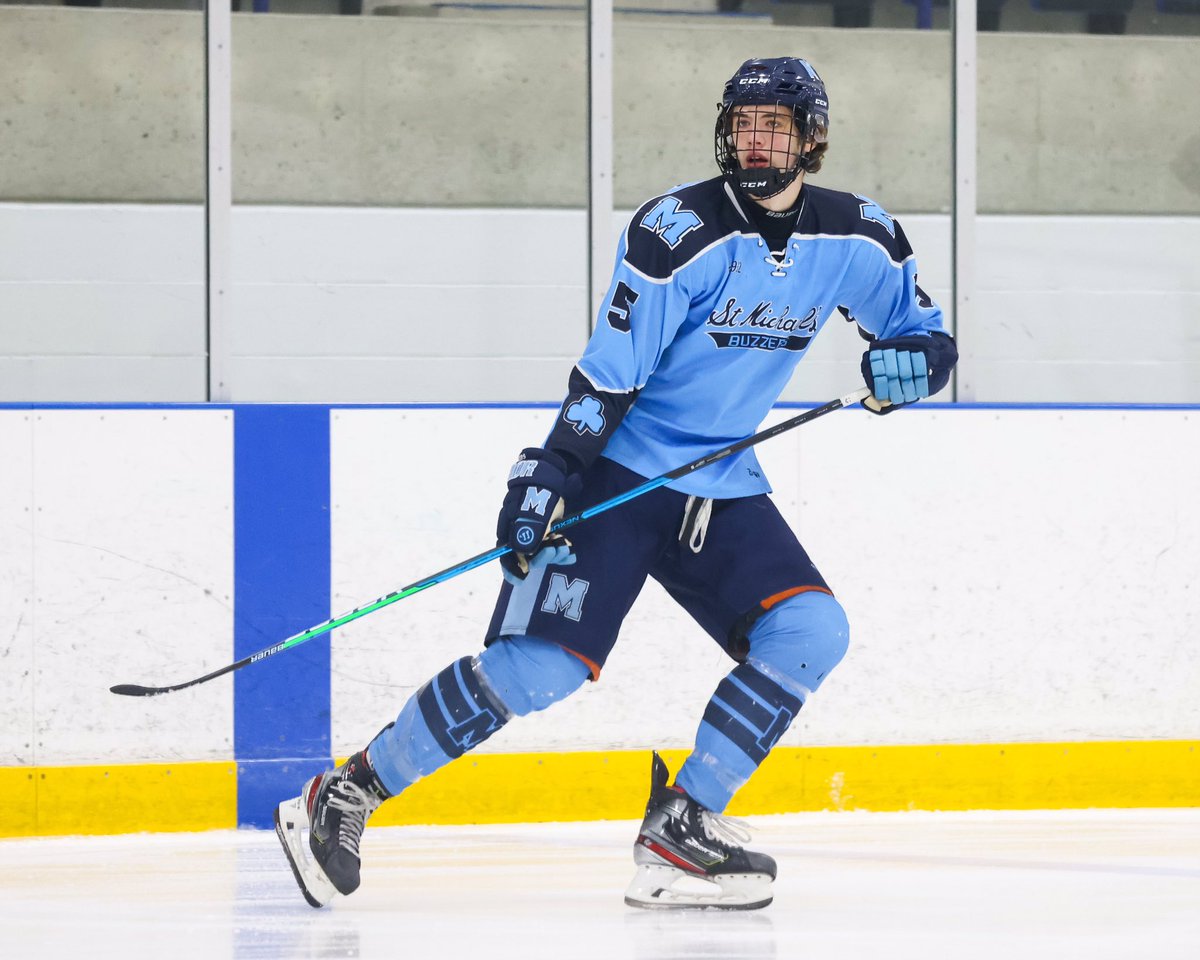 In what could be their final pick of the 2022 NHL Draft, the LA Kings have taken a 6-foot-8 defender Jack Sparkes of the St. Michael’s Buzzers in the Ontario Junior Hockey League. Sparkes, a right-shot blueliner, is committed to playing collegiately at Michigan State.

Corey Pronman, The Athletic
Sparkes’ athletic tool kit is very appealing. He’s a 6-foot-8 defenseman who is quite mobile for his frame. He’s not a blazer but when you see him come up the ice you can easily envision that tool kit in the NHL. Sparkes uses his body, has a big slap shot and has flashes of puck skills, making him a highly appealing pro prospect for several reasons. His offensive game is a long ways away though, showing little poise or puck-moving ability. He will be a three-to-four year guy in college, but if he hits, he could be a player.

Quick Take – Whenever you see a young player with Sparkes’ size, you’re hoping he plays like future Hall of Famer Zdreno Chara. While playing in the OJHL, Sparkes has been dominant on defense, using his huge frame to win puck battles and screen opposing goaltenders. He had the third-longest wingspan at the Draft Combine last month, and he can also throw devastating hits, using his long reach to knock away pucks from players that try to get around him. He’s not the quickest, but he doesn’t have to be; he has a long stride and can generate some decent speed in a short amount of time. Some called the Toronto native the most physically dominant prospect available in the 2022 Draft.