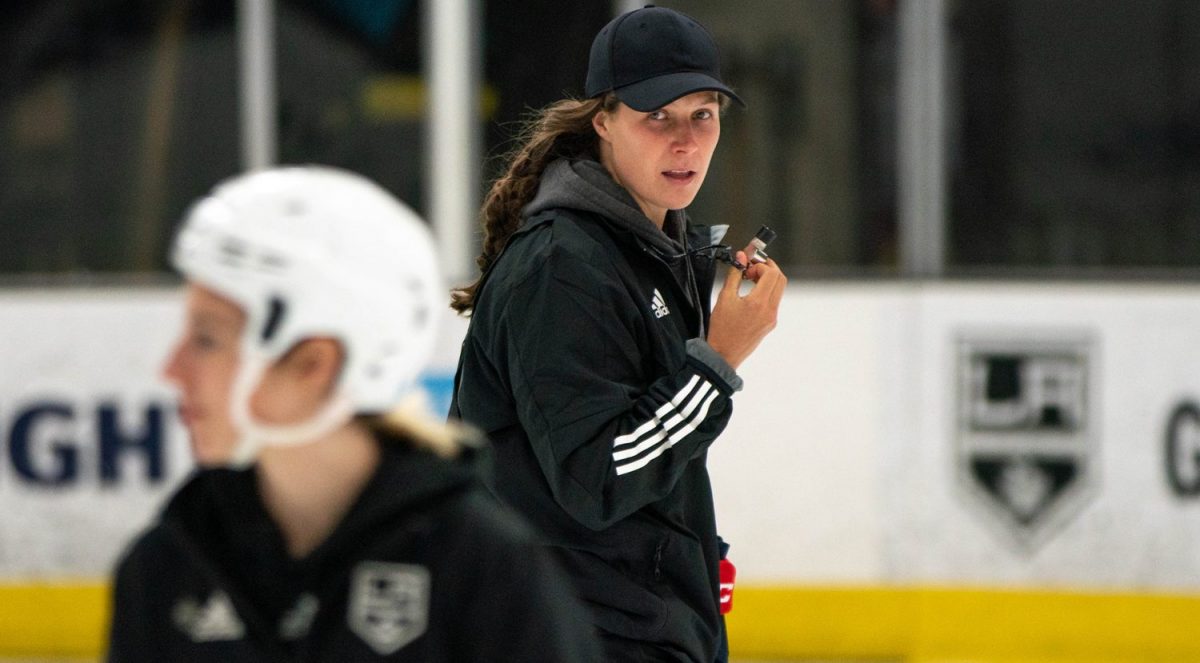 A look at the recently concluded LA Kings Girls Camp, led by LA Kings Scout, and former professional hockey player Blake Bolden, as well as two-time Olympic medalist Megan Bozek. Bolden is a regular around LA Kings youth clinics, while Bozek was a special add for this season’s camp, joining the Kings again this summer after she dropped the ceremonial first puck midseason alongside Bolden and Manon Rheaume for Gender Equality Night on March 24 against Chicago. The trio of women participated in a pre-game panel with Carrlyn Bathe of Bally Sports West as the Kings worked to grow the game locally.

“Having a positive experience I think is always a start, that should be a goal for everyone,” Bozek said. “Having new experiences, making new friendships, really asking yourself at the end of the day what did I improve on today and what can I work on tomorrow. It’s a five-day camp, it’s not a long week at all with two and a half hours on the ice each day, which I think is perfect for the group. Whether you’re just starting, or you’ve been skating for eight years, there’s always things to improve on, but as long as your having fun and competing hard with a smile on your face, that’s all we can ask for.”

Campers got the opportunity to not only skate with professional players, but to see a pair of Olympic silver medals in person and take pictures wearing the hardware. A one of a kind opportunity for young athletes here in California.

I caught up with Megan on a variety of topics from her time here in Los Angeles, touching on what she hopes the girls she worked with got out of the camp, providing strong, female hockey role models for aspiring players, growing the game in Southern California, working with Blake Bolden and more!

A fun interview, featured below, with a variety of photos from the camp also shared.

On how she got involved in the camp
I was fortunate enough to come here a few months ago and drop the puck with Blake Bolden and Manon Rheamue, and I was on a panel with them before the game, talking about girls in sports. It was really powerful. My old media director, Rob Koch, works here now and we’ve stayed in touch, stayed connected and I was just lucky enough to get asked back to help with the girls camp with Blake.

On what she hopes is the primary takeaway from this camp for the campers of all skillsets
I wish I had those opportunities. I looked up to NHL players and there’s nothing wrong with that, I grew up playing boys’ hockey, but switching to the girls’ side of it, there’s just a lot of power behind it and I want to be a role model for anyone and everyone that is playing the game. I know Blake agrees and just sharing our experiences with what we’ve done and where we’ve been, I think just having this for them at a young age is just incredible and they have something to tell their friends, they have different people to ask questions to or aspire to be, so that’s really why we do this.

On the extra impact of an all-girls camp, with two lead female instructors
I think so, I think they are probably more comfortable with us too and sharing our journey. It might not be the same for everyone, but if they have goals in mind, if they have dreams that they want to acheieve, we can obviously help them. With going through a path of whether it’s girls hockey, boys hockey, switching to play girls and one day having a dream to play college hockey, which I did, and adding that goal of being an Olympian. Whether any of them have that path, or they’re just excited to be here and learn from another female, I’m glad that Blake and I are those.

On working with Blake Bolden
It’s amazing. What she’s done for herself and for the organization, the Kings are lucky to have her. She has so much knowledge behind what she says, how she conducts herself and I think that speaks measures of her and the people around her. It’s so fun being on the ice with here, I’ve known her since the age of 10, playing against her in boys hockey, then playing against her with girls, playing with her for a few years. Always fun to catch up and see here and I’m glad we’re doing this together.

On growing the game in the Southern California market
I think giving opportunity, which the Kings have done such a good job at with Blake and community, diversity, inclusion in so many of these hockey development groups that the Kings have. Getting different camps going out to different towns or cities, that may not have an ice rink, but you start on the street, or you start in an outdoor area to get a concept of the game. The Kings being in the playoffs, I think it’s awesome to see people gather around, root for the community and the team, but growing the game not only on the ice but off of it, to gauge interest and having them come here for a learn to play, learn to skate. I think the Kings have done such a good job with an initiative to get people involved, girls, boys, men, women, it doesn’t matter what age you are. If you want to play, there’s an opportunity for you to play. 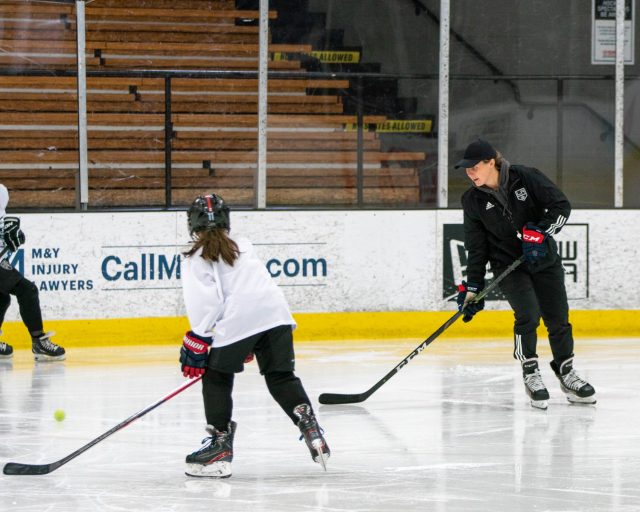 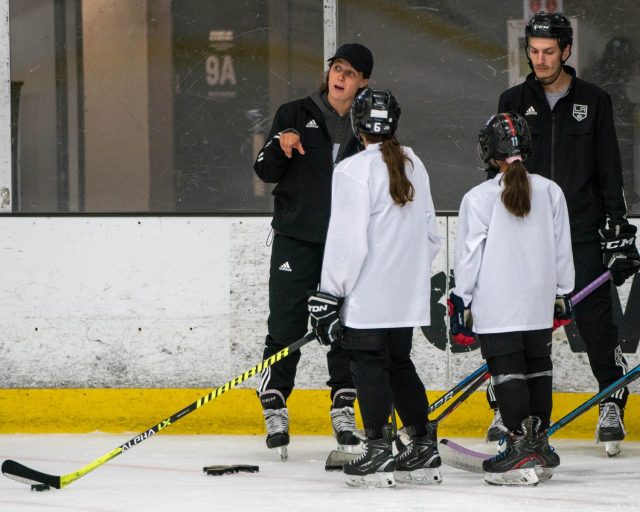 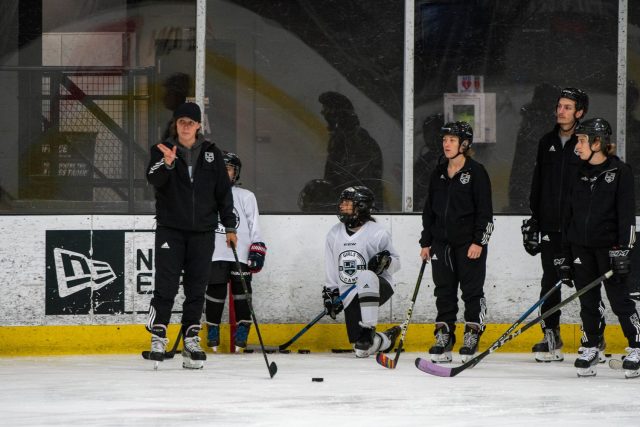 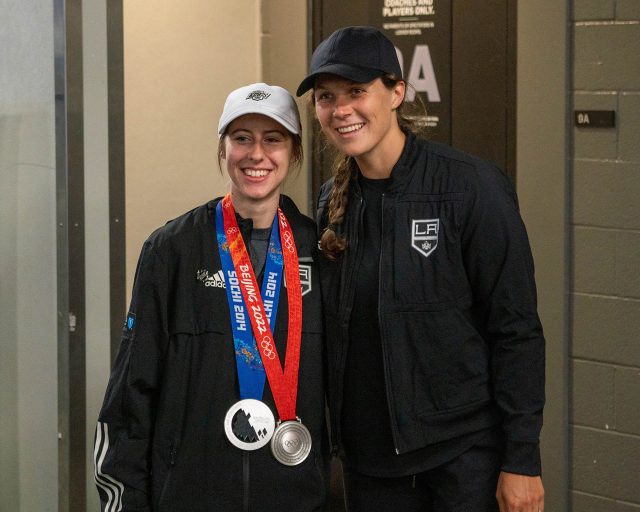 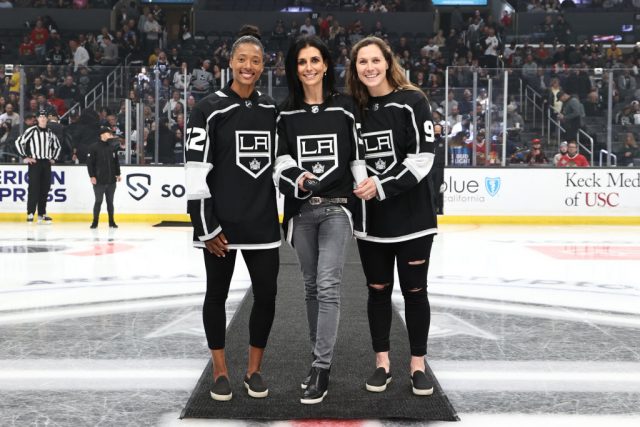