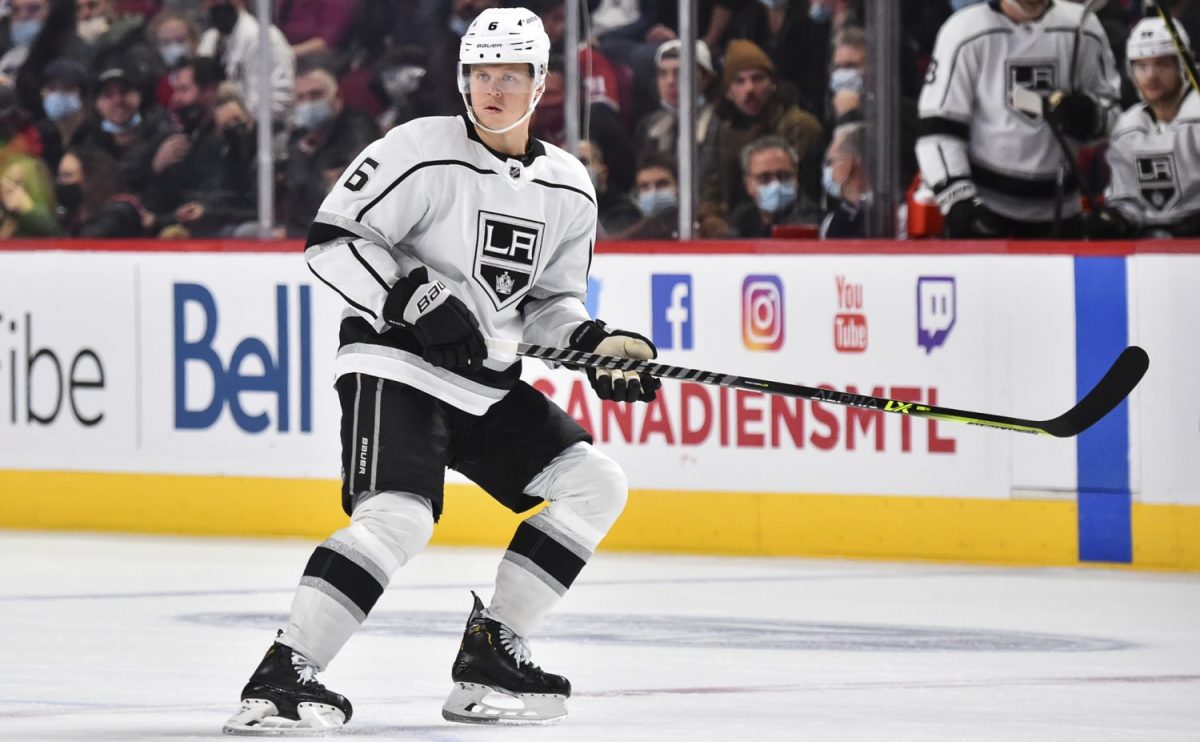 As we progress through the defensemen who played a full season with the Kings, we turned to veteran, and pending free agent, Olli Maatta. Maatta is always one to draw differing opinions, though if you look at his body of work as it is, and not compared to perhaps initially created expectations, Maatta has proven to be a solid fit as a reliable, depth defensemen. More on his second season with the organization below.

Olli Maatta’s season was one that began with unknown expectations, but concluded as a pleasant success story for the team this season. It took Maatta some time to adjust after his trade from Chicago and he entered this season as the team’s seventh defenseman out of training camp. Early injuries pushed him into the lineup and he never relinquished his spot, providing a veteran presence, solid defensive play and a night-to-night consistency, especially from around mid-December on, beginning with the game in Tampa Bay on the Southeast swing. After an up and down first season, Maatta was effective in season two.

“I don’t think you’d get any argument that Olli probably was the unsung hero on D the latter part of the season,” Kings Assistant Coach Trent Yawney told Lisa Dillman. “He was consistent as he’s played all year long. Just a true professional. Low maintenance. What I respect about him, this is a guy that won a couple of Stanley Cups and when we had our full lineup and he wasn’t in the lineup, he never dragged anybody else down. He just worked. A good teammate. When he got a chance, he took advantage of it. We appreciated that and it didn’t go unnoticed.”

Trending Up – By several metrics, Maatta put together one of the best defensive seasons of his NHL career. Maatta suppressed shots at a better rate than any other season in the league, with a career-low in shots against on a per/60 basis. While his scoring chances and high-danger chances against metrics weren’t quite at the best levels of his career, Maatta was second-best on the Kings in terms of scoring chances against and best on the Kings in high-danger chances against, all on a per/60 basis amongst defensemen with at least 50 games played.

To that end, with Maatta on the ice, the puck stayed out of the Kings’ net. Maatta’s goals against per/60 was not only the second-best on the Kings, behind only Matt Roy, but among the best rates in the league. At 1.93, Maatta’s goals against per/60 ranked 13th out of nearly 200 defensemen around the NHL this season with at least 500 minutes of 5-on-5. In total, when factoring in both sides of the puck, Maatta was a reliable, low-event defenseman who contributed as the team needed him to.

It should also be pointed out that Maatta deserves some credit for the way he bounced back from a challenging first season with the organization. Acquired in a trade from Chicago, Maatta was touted early on as a potential partner for Drew Doughty, though that experiment did not work out as it was perhaps planned to. Maatta struggled early in the season, before moving into a third-pairing role with defenseman Sean Walker, one that suited his game and his skillset better than top-pairing minutes. Maatta came into this season with a clean slate and responded with a great bounce-back campaign.

Trending Down – The Kings certainly weren’t paying Maatta to be an offensively driven, puck-moving player and as such, the numbers show that Maatta didn’t contribute a ton offensively. The veteran defenseman had just one goal and eight points this season from 66 games played. Looking at his career in total, only Maatta’s 2021-22 season in Los Angeles produced lower totals in goals, assists, shots on goal and total points per/60 that his 2021-22 campaign.

From a metrics standpoint, the numbers say similar things as Maatta’s raw totals. The veteran defenseman ranked inside the team’s bottom two in terms of scoring chances and high-danger chances, both from an individual perspective and from an on-ice perspective. Both his goals and expected goals columns ranked towards the bottom of the roster among defensemen. As noted above, Maatta was successful as a low-event player, but he certainly was not a driver of offense by any means.

2022-23 Status – Olli Maatta is an unrestricted free agent in a few weeks time, should he and the organization not come to any form of a contract extension between now and then.

Maatta was a great fit as a depth defenseman this season, taking on a larger role at times due to injuries around him, as he showed an ability to contribute in a variety of different situations. Maatta is a defense-first player, but one with a ton of experience playing in big games and someone who showed he could succeed on a shutdown pairing alongside a veteran of in more of a mentorship role, helping to bring along a younger partner. That goes a long way and his contributions this season were important, independent of whether or not he re-signs.