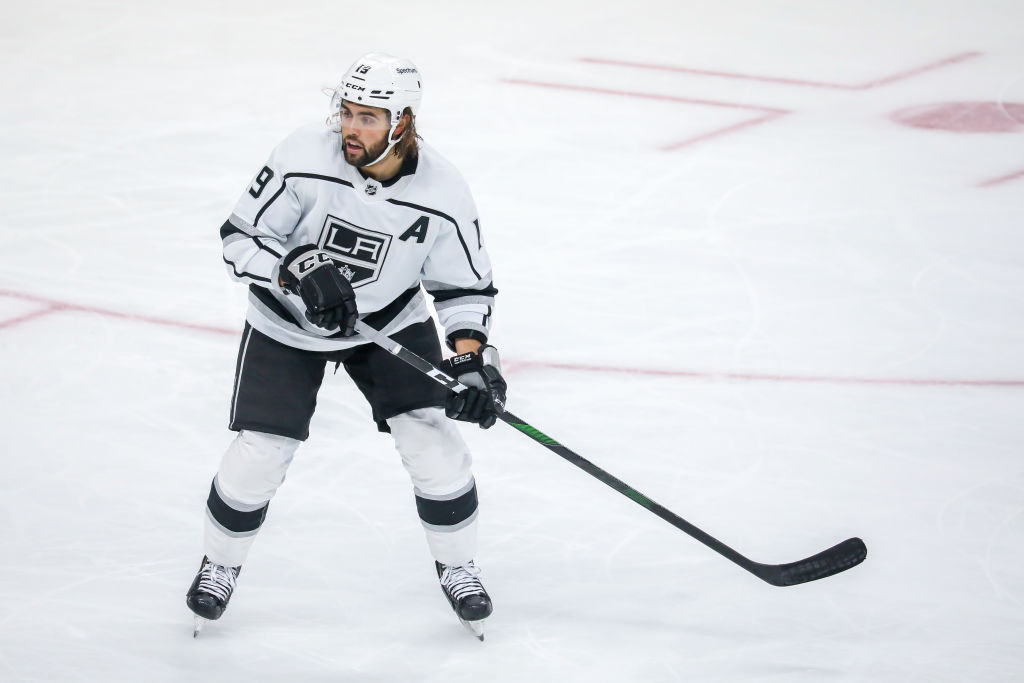 Beginning your week with a look at Alex Iafallo, a man of many roles and many responsibilities. Iafallo played just about everywhere from the first line through the third line, logging and producing different things in each situation. Iafallo had his ups and downs certainly, with a look at both below in his first full season with the Kings under a new contract extension.

Iafallo was one of the team’s best performers and one of its best success stories during the first couple of months this season. He had 13 points from his first 13 games and had eight goals by the end of November. Iafallo’s production was relatively consistent until a large scoreless drought saw his numbers dip from a career-best pace to just shy of a half point-per-game, though he still tied a career high with 17 goals scored.

While the numbers are slightly lesser in the second half, there’s not a drastic drop off in the chances created, both from an overall standpoint and from a quality standpoint, especially when factoring in that the Kings, as a team, saw slight decreases in those totals across the board in that timespan as well. It’s certainly not drastic enough to explain what happened with his numbers.

Trending Up – Of forwards who played in a Top-9 role this season, none possessed better suppression metrics than Iafallo did. Minus the team’s consistent fourth line, Iafallo topped the charts in terms of shot attempts, scoring chances and high-danger chances against on a per/60 basis. Iafallo also started the second lowest percentage of his shifts in the offensive zone amongst forwards and was one of the most often used wingers on the penalty kill this season around the NHL. Despite more difficult starts, as the Kings tended to do with their bigger players, Iafallo was strong across the board defensively.

Iafallo also posted career bests in most possession metrics, both for and against. The three metrics posted above – CF%, SCF% and HDCF% – were all career highs for Iafallo. In all three categories, Iafallo posted career highs in attempts for, meaning both in terms of quantity and quality, on a per/60 basis. Despite a points-per-game total that was down from the past two seasons, Iafallo’s underlying metrics in terms of offensive opportunities while on the ice were up, with a career-low on-ice shooting percentage of 6.3 percent bringing down the raw production.

The defensively responsible Iafallo found himself in a bit of a swiss-army knife capacity at times this season, playing on several different lines. While some of that came down to a need to find more production, part of it was also Iafallo’s ability to not only play with anyone, but to help make others around him better. Iafallo played more than 50 minutes at 5-on-5 with eight different forwards and had a CF% above 50 percent with each of those forwards. Versatility is a good thing and Iafallo certainly has that.

Trending Down – We all know the largest trending down item when it came to Iafallo’s season. The winger went through a 23-game goalless drought in February and March, going from January 30, the team’s final game in January, through March 31, the team’s final game in March, without scoring a goal. As a player relied upon by the Kings to produce offensively, Iafallo’s stretch was disappointing for both player and team and on a team that was short on goals at time, the stretch was one that the Kings struggled with.

When it came to the postseason, Iafallo was a Game 1 success story, with a goal and an assist in the road victory, but the Western New York native finished with just two assists from the final six games. Much of that can be attributed to a shoulder injury sustained during the series, but as one of the team’s higher-paid forwards, Iafallo is a player the Kings look torwards for production. While he wasn’t alone, the Kings needed more of it from a goal-scoring standpoint during the postseason.

2022-23 Status – Iafallo signed a four-year contract extension last season, and is under contrat for the 2022-23 season, as well as the two that follow, at a cap hit of $4 million.

Iafallo has established his role here with the Kings. He’s established the ability to contribute at both ends of the ice and he’s produced and performed in a two-way capacity. Where he slots in next season will be interesting. Iafallo on a line with Anze Kopitar and Adrian Kempe worked at times, but it also had its struggles, leading to a change up in personnel down the stretch. Iafallo has also shown chemistry with Phillip Danault this season, as well as with Gabe Vilardi last. He’s versatile and multi-faceted, and where the Kings choose to deploy him next season is a storyline to watch for in training camp in the fall.