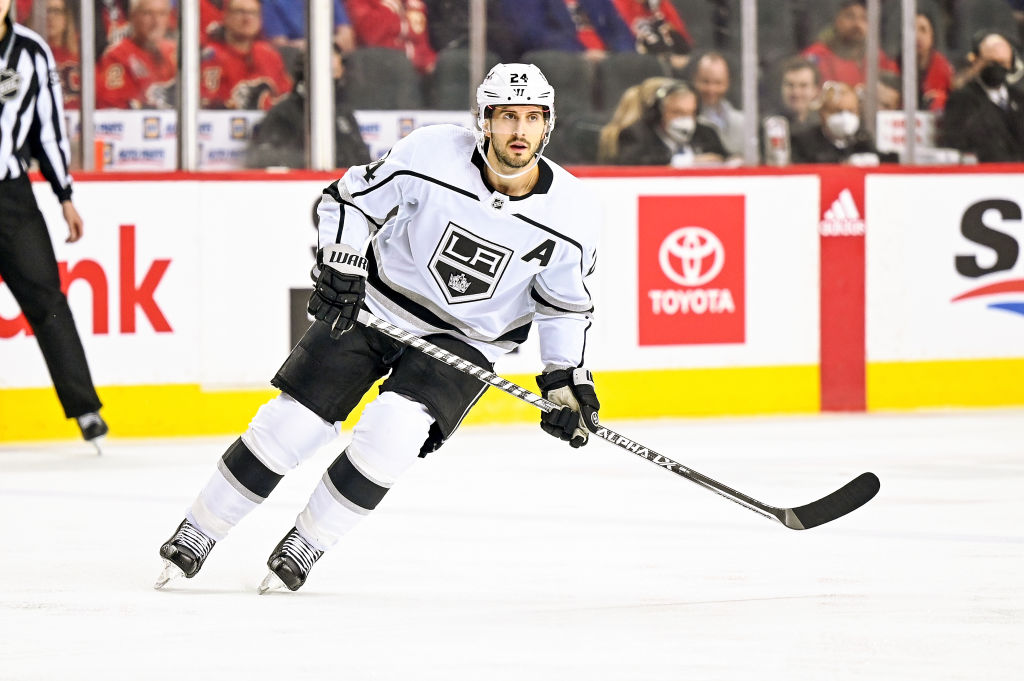 We conclude our second-line series with a look at the dynamic first season in a Kings jersey for center Phillip Danault.

Along with Viktor Arvidsson, who was reviewed on Wednesday, Danault was added to provide veteran help at the forward position, with the two players combining to form two-thirds of a second line. Danault proved to be everything the Kings could have possibly wanted, and more, as he brought stability to the top six.

When Danault joined the Kings over the summer, the book on the player was very clear. The Kings were getting one of the NHL’s best defensive centermen, who has chipped in offensively with assists but was not adept at scoring goals. Danault took those expectations and blew them out of the water. The centerman scored a career-high 27 goals, providing his two-way play, as well as ramped up offensive production and leadership that led to being named an alternate captain in the postseason.

“I believe he can continue to play the way he has,” Todd McLellan said of Danault. “Adjusting to a new team, us trying to figure him out, him trying to figure us out, it takes a while. That’s what the first 10 games are for, but since then, he’s been an offensive force. He has a knack for stick on puck and he may be one of the best players I’ve seen at positioning his body, so that he can help keep plays alive. He’s got something that we’d like to teach all of the players, might have to pick his brain all summer.”

Trending Up – 27 goals. 27 GOALS! Phillip Danault could have had an extremely effective season doing exactly what he did in Montreal. In Los Angeles, however, Danault was given an expanded role as a second-line center and he responded with 27 goals, more than double his previous career high. As McLellan noted in his quote, Danault had a nose for the net, with one of the least interesting heat maps in the NHL. Danault took care of his business in and around the blue paint, with an excellent net-front presence in all situations.

Danault’s spike in goals came from a spike in dangerous chances created. The Quebec native posted career bests, both individually and from an on-ice perspective, in scoring chances for and high-danger chances for on a per/60 basis. Pretty simple concept, right? Create dangerous offensive chances, score more goals. Danault had a massive year from that perspective, seeing his individual production rise across the board, which resulted in 24 even-strength goals scored during the regular season.

There are also intangible elements when it comes to Danault, who proved to be a perfect fit for what the Kings are trying to build in the bigger picture. With a rash of injuries this season, including longer-term absences for both alternate captains, Danault found himself wearing a letter during the second half of the 2021-22 season, something that continued into the playoffs with Drew Doughty ruled out. With the retirement of Dustin Brown, seeing Danault continue in a leadership role would not be surprising at all, with players and coaches alike complementing Danault’s influence in that area.

Trending Down – Danault set career highs when it comes to scoring chances and high-danger chances for, when on the ice, but also had career highs in those categories when it came to chances against. It evened out just fine, with percentage rates similar to those he posted in Montreal, and his goals against per/60 metric was right in line or slightly better than his time in Montreal. The chances against were there though, perhaps something that comes with focusing on playing and producing at a higher rate offensively,

If there’s one other area you could have any knock on Danault, it’s that a career 9.9 percent shooter shot at 13.9 percent this season, though that’s honestly not as large of a disparity as you may have expected when considering the surge in goals scored. On the contrary, Danault totaled just four goals from the first three months of the season, something you would not think would continue moving forward. It’s a balancing act, but even with some regression, there’s still a strong scoring campaign in there.

Of Note – This is a full line perspective, so you’ve seen this note in the articles for Arvidsson and Moore, but the trio was one of the best puck possession lines in the league. Among lines with at least 350 minutes together this season, that line ranked third in the NHL in CF%. In terms of shots for on a per/60 basis, they ranked second in the league in attempts for, something that led to the fourth-highest expected goals percentage.

Danault signed with the Kings as a free agent to be a second-line center and last season, his production and performances on the ice were exactly that. Danault was the team’s second-line center behind Anze Kopitar and he responded with a career-high in goals scored. Danault will slot into that same role come training camp in the fall, with the expectation at this time being that he would do so with his same linemates in Arvidsson and Moore. An effective line for sure.

Danault’s review concludes the second line, with additional forwards to follow over the coming days!