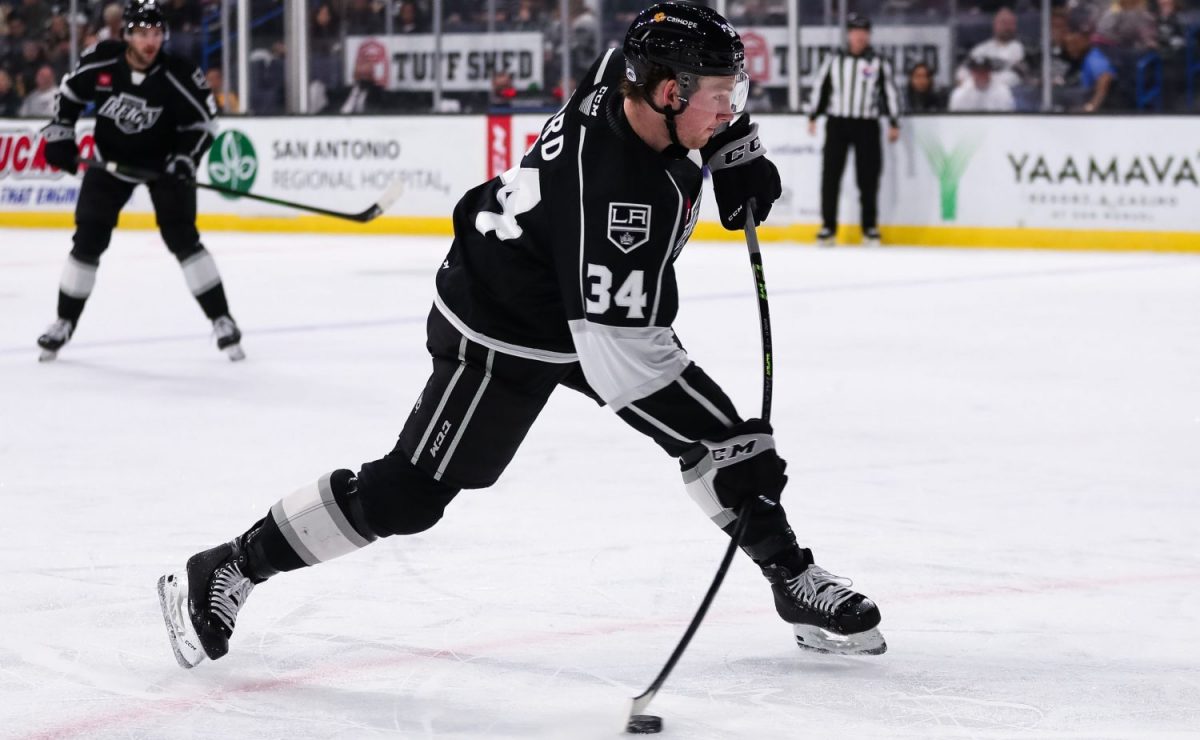 They say good things come to those who wait.

For the newly signed Taylor Ward, mix in a lot of hard work and good things did indeed come to the now college graduate. On and off the ice, Ward felt he needed more time to develop after three successful years at the University of Nebraska-Omaha (UNO). Despite options to sign a professional contract after his junior season, Ward stayed for his senior year.

“I think spending all your years at Nebraska-Omaha and not rushing out of college was a good call for me, I think it’s made my transition into professional hockey much smoother,” said Ward. “Outside of the rink, I wanted to stay all four years and get my degree. It helped me continue to grow you into an adult and UNO was the right place for me to do that.”

Under the authority of UNO Head Coach and former (2001) LA Kings draft pick Mike Gabinet, Ward’s game developed and improved each and every year. Starting with NCHC All-Rookie Team Honors in his freshman year, Ward went on to up his offensive and defensive production over the next three years.

Following his senior season at UNO, the 24-year-old Ward chose to sign his one-year entry-level contract (the maximum amount of years eligible due to his age) with the LA Kings Organization.

Despite the notably deep Kings prospect pool, Ward felt that Los Angeles was the right place to be. As an undrafted college free agent, Ward pointed to the recent success of development that the Kings have had with signing college free agents.

“The past success of college free agents in this organization was really attractive to me when I was making a decision,” he said. “I had the chance to talk with all of the guys in the [Kings] front office and really liked what I heard from everyone about the emphasis they put on development and getting better every day.”

Most notably, two forwards on the LA Kings have taken the same route that Ward has chosen to. Alex Iafallo (University of Minnesota-Duluth) and Blake Lizotte (St. Cloud State University) both came out of the NCHC and signed with the Kings as undrafted free agents. Not to mentioned defenseman Sean Walker (Bowling Green), who played a season on an AHL contract first with Ontario, before signing with the Kings. All three players have gone on to become important pieces to the Kings forward core since entering the lineup.

Having seen the focus on development within the organization and success of Iafallo and Lizotte at his position, “it wasn’t that hard of a decision [to sign with the Kings organization] at the end of the day,” Ward explained.

Taylor Ward ties the game at 5 with his 1st AHL goal! #Reign pic.twitter.com/PKRMubFHn4

Now in the Kings organization, Ward has reported to the Ontario Reign on an Amateur Tryout (ATO) for the remainder of the season, with his ELC kicking in at the beginning next season. With 9 points (3-6-9) in 12 games to begin his professional hockey career, Ward credits much of his early success with the Reign to the college conference he played in – the NCHC – one of the older and deeper conference’s in college hockey.

One of the advantages of playing college hockey is that the opposing competition is often times older and longer tenured than you might see in juniors.

With the eligibility of junior hockey prior to beginning a collegiate career, one’s teammates and competition can often times be in their early-mid 20’s. Ward, who played three full seasons of junior hockey with the Penticton Vees in the BCHL prior to his four years at UNO, is self admittedly a late bloomer. With the opportunity to develop his game for seven years between junior hockey and college hockey, Ward’s 200-foot game came together.

“Playing in the NCHC helped prepare me for playing professional hockey,” he said. “I might be a bit biased, but I think the NCHC is the best conference in the country. Playing [in the NCHC] for four years against big strong men helped me a lot. I needed that too because I was a late developer. I got the chance to play against extremely good hockey players every single weekend helped me develop into the player I am today.”

Ward also credits his new teammates and coaches for helping him integrate into professional hockey on and off the ice. With the excitement of signing a professional hockey contact also comes a new reality of entering the world of hockey as a job. For Ward, the Reign personnel has been nothing short of being that primary assist to Ward’s impressive start.

“Everyone has been great, the coaches have been very, very helpful, making sure I’ve got all of the information I need to slide into the lineup and be able to contribute,” he summarized. “All of the players have been in my shoes and gone through the first games of their professional career, so they understand what I’m going through. During this process they’ve been a great help, making it as stress-free as possible. I’m very grateful for that.”

Self-described as a “guy that can play all 200 feet of the ice responsibly, play physically and can shoot the puck in the net,” Ward likes “to be a factor in every part of the game and will do whatever is needed.”

Since the addition of Ward into the Reign’s lineup, the team has gone an impressive 7-3-2 and continued to hold onto the second seed in the Pacific Division, with a first-round bye still an outside possibility.

Having already clinched a spot in the playoffs, the Reign look to carry on with their winning ways and prepare for what is hopefully a deep playoff run. For Kings prospects such as Ward and many of his younger teammates, playing meaningful postseason games is the next major step in their developmental process and with a strong group in Ontario, who knows how far that process might take them. 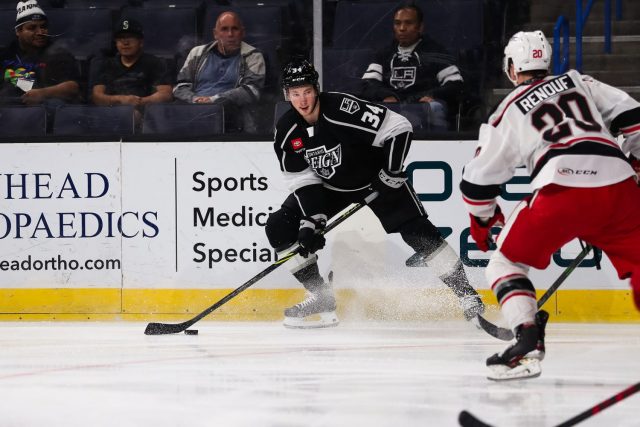 By Jack Jablonski
127 Comments
Looking to the Future