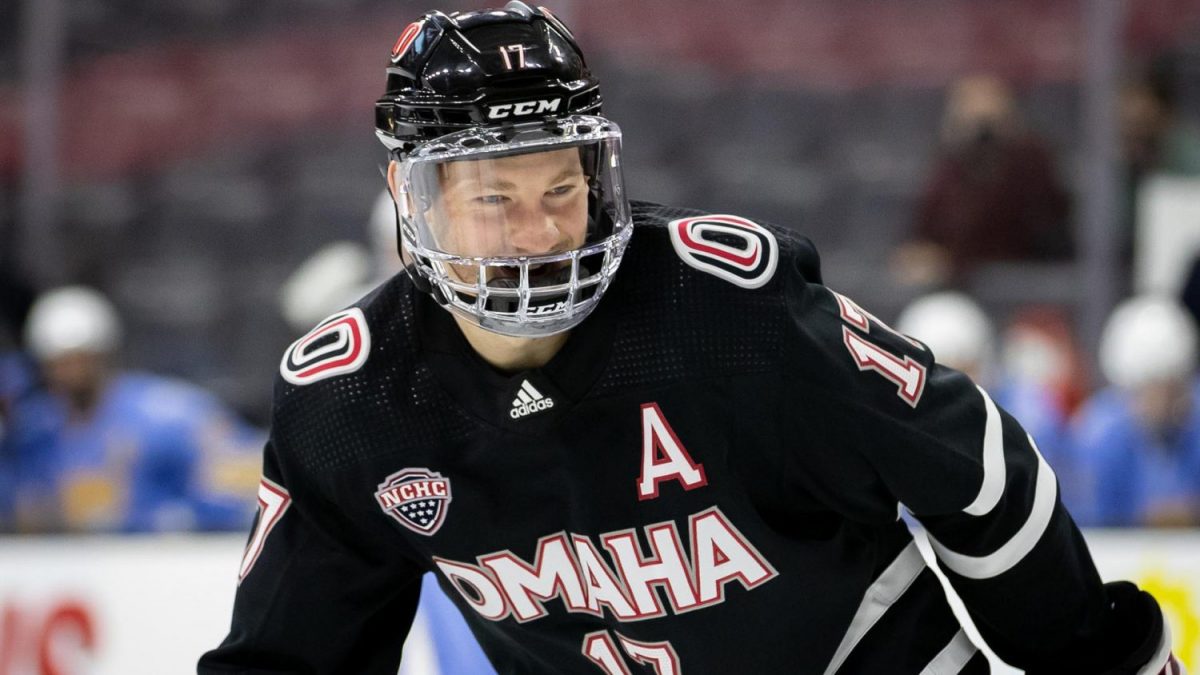 As reported here yesterday, the LA Kings have signed forward Taylor Ward to an entry-level contract, which will begin during the 2022-23 season. Ward will join the Ontario Reign for the conclusion of the 2021-22 campaign on an amateur try out (ATO) and is eligible to join the AHL club as soon as today’s game versus Abbotsford.

Ward, 23, signed with the Kings organization from the University of Nebraska Omaha, where he recently completed a four-year collegiate career with the Mavericks. As a senior, Ward led the team with 39 points (19-20-39) from 38 games played, the highest-scoring season of his NCAA career. Ward’s 19 goals ranked tied for twelfth across the nation this season, while he was one of just 33 players in division-one hockey at over a point-per-game pace.

Throughout his career with UNO, Ward tallied 115 points (57-58-115) from 131 games played. All-time, Ward ranks inside the university’s Top-10 in goals (sixth) and points (ninth). Others in the Top-10 include former Kings forward Scott Parse and current Pittsburgh star Jake Guentzel.

While not honored by the NCHC during his senior season, Ward is currently a finalist for the 2021-22 Senior CLASS Award, as one of 10 hockey student-athletes being considered for the honor that recognizes excellence in community, classroom, character and competition. The winner of that award will be announced during the 2022 Frozen Four. Ward was named as an NCHC All-Conference Honorable Mention during the 2019-20 campaign and was the conference’s Freshman of the Year during the 2018-19 campaign, as well as placing on the All-Rookie Team.

Ward’s entry-level contract is the first the Kings have given to an undrafted college free agent since Blake Lizotte during the 2018-19 campaign. Lizotte signed from St. Cloud State and made his professional debut in the finale of that campaign. The Kings have had a strong track record with undrafted free agents over the past several seasons, with Lizotte, Alex Iafallo and Sean Walker all currently on the NHL roster from that pool of players. While drafted by Buffalo, goaltender Cal Petersen was also signed as a collegiate free agent in the summer of 2017.

Ward is the son of former Los Angeles Kings winger Dixon Ward. The elder Ward played 34 games with the Kings during the 1993-94 season and collected six goals and eight points, as a part of 534 career games in the NHL. Ward’s collegiate head coach was former Ontario Reign defenseman and 2001 Kings eight-round draft pick Mike Gabinet.

Gabinet on Ward
It has been really great to witness Taylor’s growth and maturity on and off the ice during his first two years here. He is a special player who continues to develop, and he’ll be a main driver for us this year.

Frk has skated in each of the last four Kings games, scoring one goal, while Wolanin was in the lineup against Colorado earlier this week. At the AHL level, Frk has 31 goals this season from 46 games, ranking second in the league, two shy of Chicago’s Stefan Noesen. Wolanin has 11 assists from 24 games played with Ontario. Both players are high-level AHL’ers and both will bolster an Ontario roster that has felt the effects of the injuries at the NHL level.

Additionally, the Reign received reinforcements on the blueline, with the New York Islanders reassigning defenseman Thomas Hickey from their AHL Affiliate in Bridgeport to Ontario.

Hickey is obviously a familiar name to Kings fans and skated in 212 AHL games with the Manchester Monarchs during his time with the organization. In 2021-22, Hickey has suited up for two NHL games with New York this season and 29 contests with the AHL’s Bridgeport Islanders, where he’s scored 12 points on four goals and eight assists.

While we don’t have the entire situation re: the Hickey transaction, New York’s AHL affiliate in Bridgeport is currently eighth of nine teams in the Atlantic Division, at two games below .500. Ontario is a certain playoff team in the Pacific Division and are naturally down players at the moment, with the rash of injuries on the blueline at the NHL level. Will update with any additional information if it plays out. 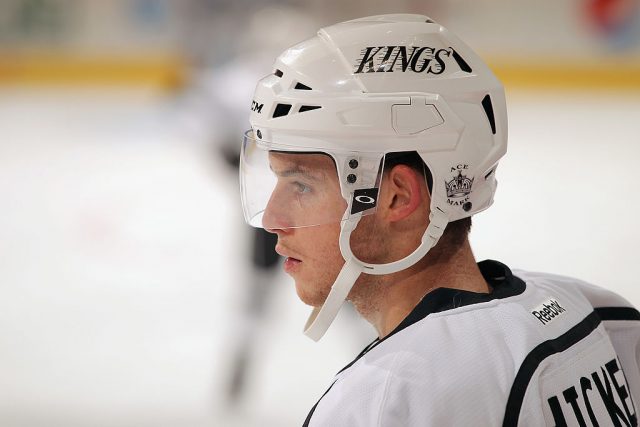 The Kings are off today, while the Reign host the Abbotsford Canucks at 5 PM in Ontario. A victory on home ice would clinch a playoff berth for Ontario, with the new AHL’s playoff format including 7 of 9 teams in the Pacific Division. The Reign are still in the hunt for the division’s lone first-round bye, sitting four points behind the Stockton Heat with 16 games remaining.

By Jack Jablonski
362 Comments
Looking to the Future

Good Morning, Insiders! Four Kings prospects have started, or will start today, their playoff runs at the OHL and ECHL levels,

By Jack Jablonski
141 Comments
Looking to the Future

They say good things come to those who wait. For the newly signed Taylor Ward, mix in a lot of