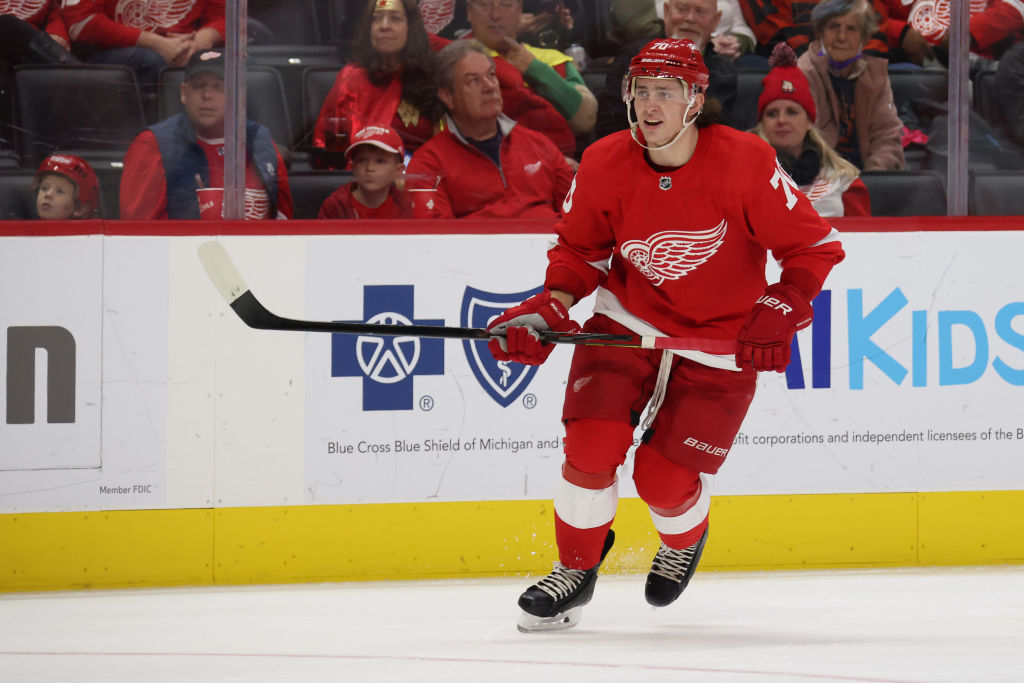 The LA Kings have acquired defenseman Troy Stetcher from the Detroit Red Wings, in exchange for a 2022 seventh-round draft selection.

Instant Analysis – This type of deal represents a low-risk move for the Kings, who remain depleted on the blueline. Stecher is a defenseman with 346 games of NHL experience to his name, a total that would rank third on the current Kings backend among those who are healthy. With Drew Doughty and Matt Roy both currently on injured reserve among right-shot defensemen, and Sean Walker already ruled out for the season, this is a move that provides the Kings with a veteran player on an expiring contract. The upside is adding a player who has played in games of importance at this point in the season, with the downside being the loss of a late-round draft pick, with the Kings still holding selections in Rounds 1 – 6. Very little risk to this trade, with the potential of plugging one of the six spots on the Kings blueline with a player who has played in his league since 2016.

Season In Review – Stecher was a Red Wing out of training camp, but suffered a wrist injury early in November, sending him to injured reserve. Stecher returned to the lineup on February 12, but was placed back on injured reserve after three games, retroactive to February 19, with a lower-body injury. From there, he returned to action again on March 1, playing in seven games this month to date. Stecher has two points (1-1-2) in total from 16 games played.

What Detroit Said –
Jeff Blashill on Stecher’s Game – He’s a super competitive person, he’s competing like crazy, bringing our team’s competitive level up a bit. I think he keeps it pretty simple with the puck, he does a good job of getting pucks out of our zone, knows when to live another day, doesn’t try to make something out of nothing. He can make a play, but he knows when to live another day. That, to me, is when he’s at his best.

Blashill on Stecher’s example set with working his way back from a long-term injury – He’s done an excellent job. I think, first off, his work ethic is awesome. We’ve had a lot of guys go through long-term injury situations and he’s up there with the very best we’ve had, in terms of how hard he’s worked to get himself back and guys take notice of that. I think leadership is best by example and he certainly does a good job with his compete and his work on a daily basis. He’s been a real good piece in our room over the last couple of years, zero doubt about that.

The LA Kings have acquired defenseman Troy Stecher from the Detroit Red Wings in exchange for a seventh-round selection in the 2022 NHL Draft.

Signed by the Vancouver Canucks as an undrafted free agent out of the University of North Dakota (NCAA), he has appeared in 346 games during his six-year NHL career between the Red Wings and Canucks posting 88 points (15-73=88).

Defenseman Troy Stecher will wear #51 for the @LAKings.