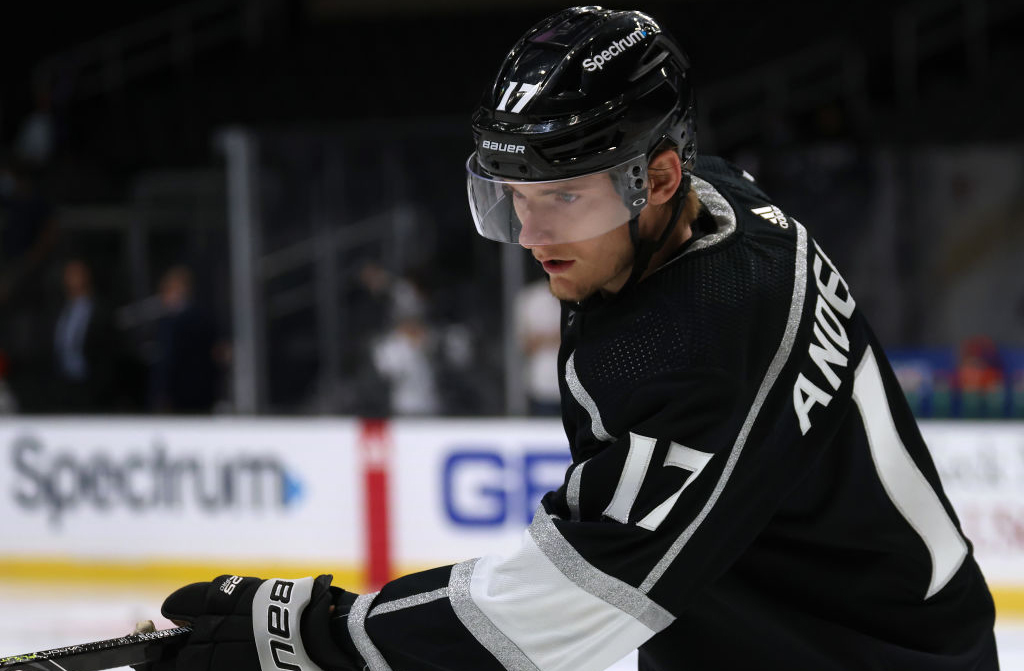 Back in Los Angeles, following a long (LONG) flight home from Boston last night. The team is off today, and well-deserved, after a 3 AM arrival here in Southern California. Would’ve been well-deserved regardless of arrival time, after 6 points from 8 on a long trip to the East Coast.

A couple updates this morning, regarding injuries –

– Forward Lias Andersson has been recalled from his LTI Conditioning Loan with the AHL’s Ontario Reign and has been activated off of injured reserve. Andersson, known in Ontario for his “not that hard” between the legs goals, scored six goals in four games while on loan, getting game action in at any level for the first time since January 8.

Andersson has had some tough luck with injuries this season. He was on track to open the season on the third line for the Kings, but suffered a groin injury during preseason, one which limited him to just three games before a re-aggravation cost him three additional weeks. Andersson appeared in eight additional games between late-November and early-January, before he left practice on January 9 and was placed on injured reserve the following day.

– Forward Brendan Lemieux has been placed on injured reserve, retroactive to March 4, which is the day he suffered a lower-body injury in Columbus. Lemieux left the game against the Blue Jackets during the first period, logging just three shifts and 1:35 in time on ice before he exited the game.

Lemieux has been a constant for the Kings this season on the fourth line, as he’s formed an effective trio with Blake Lizotte and Arthur Kaliyev. He’s been relatively productive offensively, with 8 goals skating in a fourth-line role, but it’s his sandpaper element, his willingness to stand up for teammates and play a physical brand of hockey that makes him an effective player. A loss for the Kings while he’s out, with Carl Grundstrom filling the physical role in his absence yesterday.

Additionally, while no other updates were provided, reaffirming the previously reported information that Viktor Arvidsson is day-to-day with a lower-body injury of his own. Arivdsson left Sunday’s win over Buffalo during the third period and did not return.

On the defensive side of things, Mikey Anderson left last night’s game with an upper-body injury, one that stemmed from a collision along the boards with Boston forward Brad Marchand. Anderson did briefly return, taking two additional shifts later in the period, but did not take the ice with the team to begin the second period, and was ruled out later in that frame. His usual partner, Drew Doughty, also left the game briefly during the second period, not taking a shift between the 2:10 and 10:22 marks, but did return and played what felt like his full complement of roles down the stretch, including the opening shift of overtime.

How it all shakes out currently leaves the Kings with 14 forwards, seven defensemen and two goaltenders on the active roster. That total includes Andersson, Arvidsson and Anderson and does not include Lemieux. Andreas Athanasiou and Carl Grundstrom returned to the lineup in reaction to injuries and both played well. On the backend, Jacob Moverare would appear to be the next person up, if Anderson misses any time, with Christian Wolanin and Austin Strand also options in the AHL as defensemen with NHL experience this season. Moverare has been solid and reliable in his limited NHL action, which mirrors reports on his game with AHL-Ontario.

The Kings are off today, as noted, so we’ll follow-up with additional updates tomorrow after practice. Angeles Analysis from the last two games to follow early-afternoon, as well as some information on LAKI Suite Night later in the day! 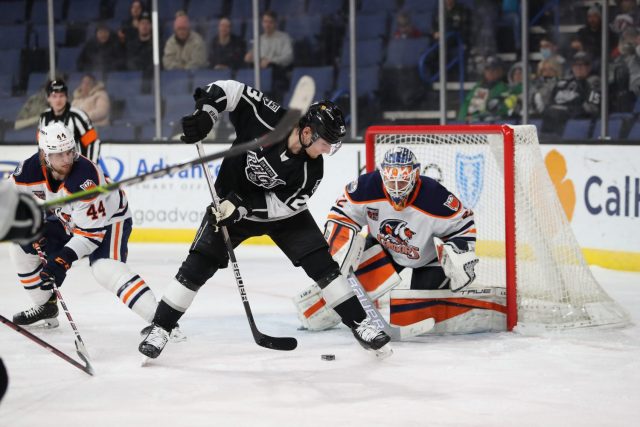