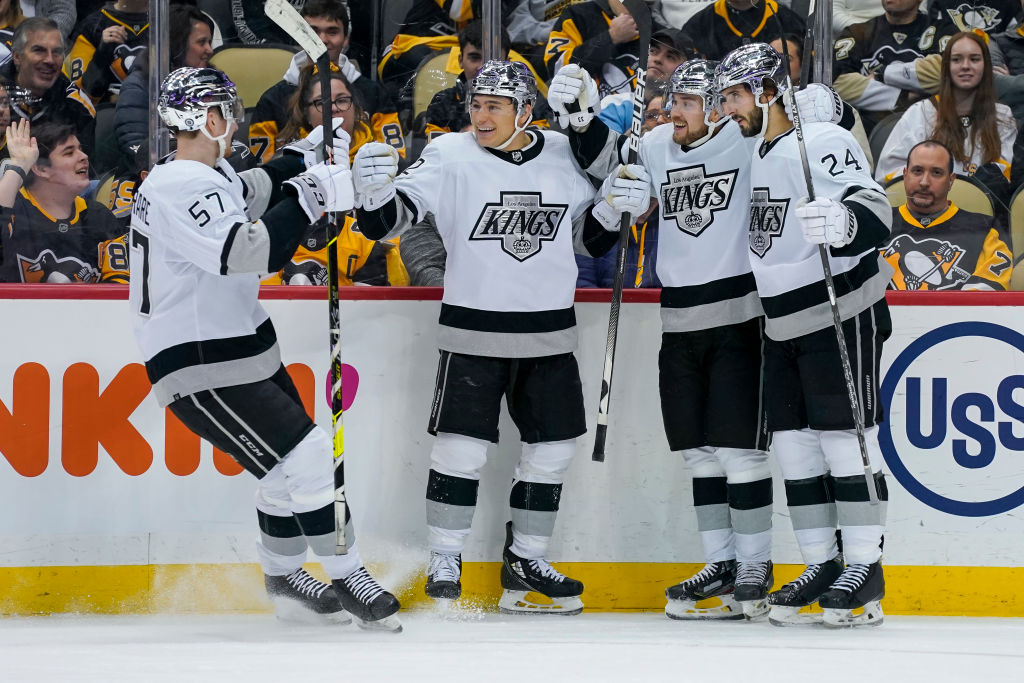 The Kings have played five games on their current road trip and have collected at least a point in all five of them. Twice they’ve played back-to-back sets in that time, with the second half on both occasions coming against one of the league’s top teams. In those situations, the Kings went into a challenging away building and came away with a result, as they have in each of the five games they have played on this trip.

The icing on the cake from the first five games was certainly yesterday’s win over Pittsburgh. Entering yesterday afternoon’s game, the last time the Penguins lost in regulation on home ice? November 27……NOVEMBER 27!!! That’s 63 days by my math. Ironically enough, their opponent in that game was Montreal, which has won just twice SINCE that day. But this is an LA Kings website, so I digress.

The Kings played to their identity in New York, a well-played game against a well-organized team on Long Island. Two points much deserved. That was not the case in Philadelphia, as the Kings lacked their usual “pop” as Todd McLellan put it, but found a way to pick up a point on a day where they certainly had their “B” game.

What the Kings did yesterday afternoon was return to their identity early, which helped set the tone for an impressive win. The Kings were their usual tight-checking, difficult to play against team early, while facing an opponent that leads the NHL in first-period goal differential (+21). While the Kings didn’t score, they also didn’t concede. Against a team that has controlled the scoring early in games as well as any team in the NHL, that’s an impressive feat.

What was maybe even more impressive was what followed. The Kings surged ahead in the second period, with goals from Alex Iafallo, Trevor Moore and Drew Doughty, taking a 3-1 lead late into the second. I thought the Kings tired a bit towards the end of the second, so getting to the intermission ahead by a pair was a huge positive.

With the Kings playing their sixth period in 27 hours, and their fifth game of six on a long trip, there was certainly some concern to Bryan Rust tying the score with two goals in a span of four minutes in the third period. The third goal was terrible luck, hitting a Kings skate and in for a pinballing effort. In seasons past, the wheels might’ve fallen off there, seeing a good effort on the road go to waste.

But, this is not seasons past. After the game, Trevor Moore, Jacob Moverare and Todd McLellan all spoke about how the team stayed calm in that scenario. McLellan actually felt that the flukiness of that game-tying goal was a good thing. It wasn’t a mistake the Kings made that led to it, it was just one of those bounces. That made it easier to work past.

You could see in Trevor Moore’s celebration on the game-winning goal that followed how much it meant to get the lead and eventually the win. Lots of emotions in that one for the Kings team that is maintaining its place in a very crowded playoff picture in the Pacific Division and Western Conference Wild Card chase.

Two goals yesterday in Pittsburgh, both on breakaways, something he can’t remember ever happening for him before, at least at the NHL level. Moore finished the month of January with a team-leading 16 points (4-12-16), and that’s not to mention the assist taken away from him in Philadelphia. Moore has led all Kings in scoring since December 1. He’s always been an important piece for the Kings, but hasn’t always been put in a position that allows him to be as productive as he is right now. With the Kings as healthy as they’ve been at the forward position, Moore has solidified his spot on the team’s second line. Good for him, and at this rate of scoring, good for the LA Kings.

The final test on the road comes against a Detroit team that has played some excellent hockey on home ice. The Red Wings are a near .500 team that is six games below the mark on the road, but five games above it at home. They’ve tallied points in 16 of 24 games played at Little Caesar’s Arena. Forwards Dylan Larkin and Tyler Bertuzzi are both in the NHL’s Top-5 in goals scored at home so far this season. Defenseman Moritz Seider is in the league’s Top 10 in home assists and home goals amongst defensemen. With two non-game days here in Detroit, and one game standing between the Kings and All-Star Break, it’s a test of mentality as well to finish strong on the road.

Honestly, from a 200-foot perspective, this trip is already a successful one. If the Kings lost 100-0 on Wednesday, it doesn’t change the fact that the team has earned eight points, a total you certainly would have taken to start the trip. But finishing strong in Detroit could put the cherry on top, of the icing that’s already on top, of the cake that is already baked. It’s been a very impressive showing so far on the East Coast, with one final crack at it before some well-deserved time off begins on Thursday.

The team is set to practice tomorrow afternoon in Detroit, before they visit the Red Wings on Wednesday. Expect to see defenseman Christian Wolanin with the group tomorrow, after defenseman Mikey Anderson (upper-body injury) and Matt Roy (COVID Protocol) were ruled out on Sunday.

One more to go, Insiders!