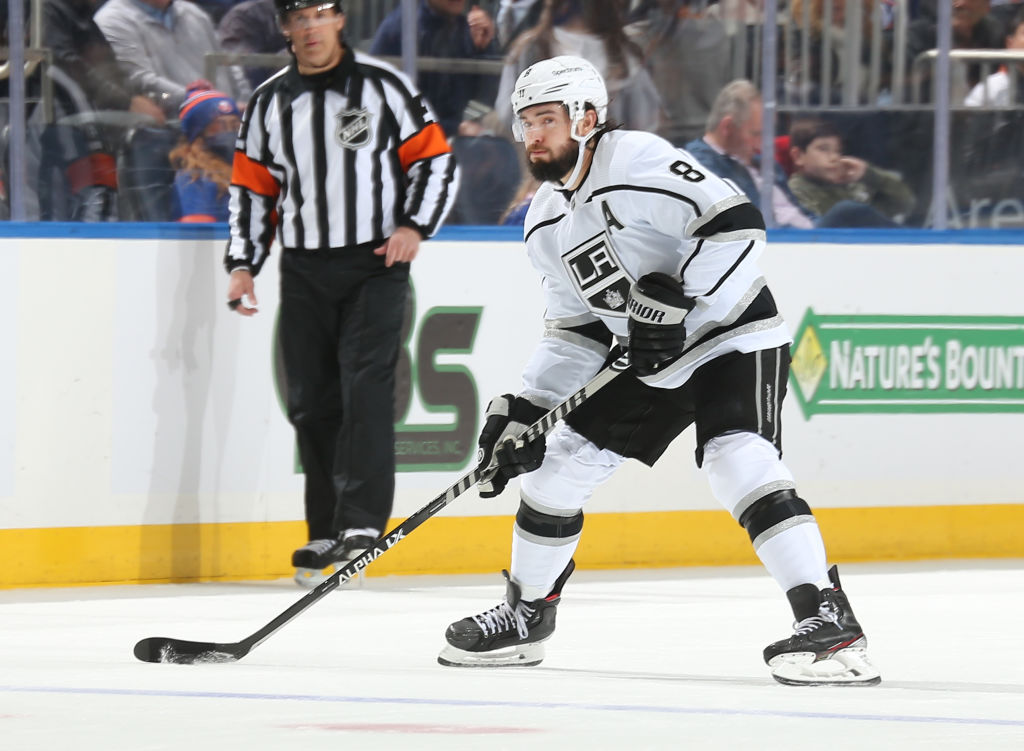 A special night, for a special player.

Last night’s game represented the latest milestone in a career laden in milestones for defenseman Drew Doughty. Doughty played in his 1,000th NHL game, another box checked in a Hall of Fame career that has no end in sight.

Doughty’s accomplishments are made even greater when you consider the context around them.

While 358 players have played in 1,000 games before him, including 117 defensemen, none have done it quite the way that Doughty did. Doughty has averaged more than 26 minutes per game throughout his NHL career, with no other player even in the same stratosphere since the league began tracking the stat in 1997.

As the puck dropped last night, Doughty became the first player drafted in 2008 to play in 1,000 career games. Not only did he lead his draft class – one that also consisted of fellow elite players in Steven Stamkos, Alex Pietrangelo, Erik Karlsson and Roman Josi – but he did so missing just 38 games along the way. That quick nature made Doughty one of just 12 players all time to play 1,000 games for one team while missing 40 or fewer games. Through them all, Doughty has led the way.

The laundry list of accomplishments that the London, ONT native already has to his name is incredible.

Doughty is one of just 55 defensemen to both play in 1,000 games and amass more than 500 points. When you add in gold medals at the World Cup of Hockey and the World Juniors, Doughty is truly 1-of-1 when it comes to his collection of career accomplishments.

When you think about it, it might even be hard to make a moment stand out for Doughty at this stage in his career, but his teammates, the training staff and the Kings organization did their best to do so.

The players wore Drew Doughty masks on the way into the rink, adorned with his trademark, missing teeth smile. The Kings equipment staff designed a special 1,000-game hat, with special nameplates on the stalls for last night’s action. All gestures which were greatly appreciated by Doughty.

“It meant a lot,” he said. “Everyone has supported me so hard on this, the entire organization, all of the extra stuff they did for me in the room, it means the world. They made this such a special day for me, I really appreciated it all and I’m very happy I was able to do it with that group of guys. It was a great day, a great win, I’m very thankful.”

The @LAKings players showed up wearing masks with Drew Doughty's face on them. 😂🦷 pic.twitter.com/DVrxDtRZrn

From Todd McLellan’s perspective, that’s the sign of a team.

Doughty is one of the leaders on this Kings team and someone who is appreciated and respected by his teammates. Having everyone together to commemorate a special night is a part of what a team does. McLellan was happy that everything came together the way it did for Doughty last night.

“That’s the sign of a team,” McLellan said. “There’s unity, it goes as deep as the trainers, the training staff, thinking about the special occasions and coming up with thoughts and ideas. Management supporting wearing ballcaps in warmups, that doesn’t happen everywhere. The players participating and having fun with it, it’s always easier to do when you’re having some success.”

With Doughty’s accomplishment came a distinction for the LA Kings as well. The Kings became the first franchise that was not a part of the Original Six to have five players play 1,000 games or more with a single franchise. Three of those five players were on the ice last night, and in reality, four were in the lineup if goaltenders got credit for games they backed up, considering Jonathan Quick’s longevity.

Only three other trios in NHL history have played both 14 seasons with one organization and played 1,000 games with that organization. Last night in New York, Doughty, Anze Kopitar and Dustin Brown joined that club to make it four. Longtime teammates, longtime friends and now, lifelong members of NHL history.

“They’re my brothers, I love them very much, couldn’t have done any of this without them,” Doughty said. “They’ve all helped me in different ways and I’m very happy I was able to celebrate it with them. They’re the best.”

When the Kings reflect back on last night’s game, it will come down to the milestone. The end result of the game was the “icing on the cake” as McLellan put it, something else to talk about when Doughty and his teammates reflect back on the night down the road.

“I think when an individual has a special night, it will always be remembered, but the icing on the cake is the win,” McLellan said. “When they’re having a beer in the summer, or ten years from now, they’ll talk about this game and remember it was a win and everybody had a little piece in it. Good for Drew and good for the team.”

With the 1,000-game milestone now in the rearview mirror, Doughty has his sights set on what’s in the present, as opposed to what’s behind him.

As a player who achieved so much in the first half of his career, there was a time when Doughty found himself looking back too much, reflecting on what was and not as much on what is and what could be.

With what he believes is the best team the Kings have had on the ice in years, Doughty is focused on the group the Kings have right now, with the goal being to get the organization back to the postseason, and eventually to the promised lands once again.

“I reflect back sometimes, but I’ve gone away from trying to do it so much, because the last few years have been tough years, and I feel like I was always reflecting on what we were doing in the past, why we were successful then and why we weren’t in the present time,” he said. “I’ve tried to, not put it behind me, but not think about it and be in the present. We’re building a new team here, we’re the best we’ve been in three or four years, I’m just looking forward to coming to the rink every day and hopefully making the playoffs with this team, winning another cup one day for the Kings.”

With the prospects up ahead looking bright for both Doughty and the Kings, here’s to making it 1,000 more! 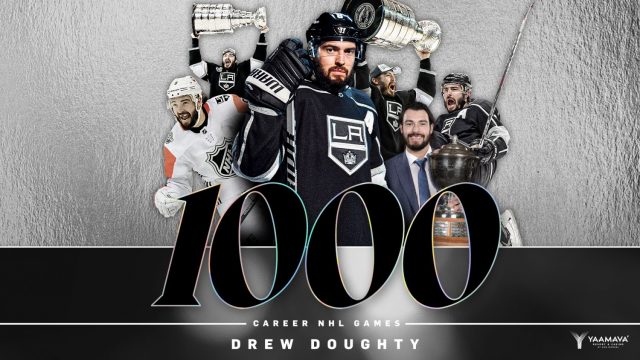 By Zach Dooley
822 Comments
Behind the Scenes