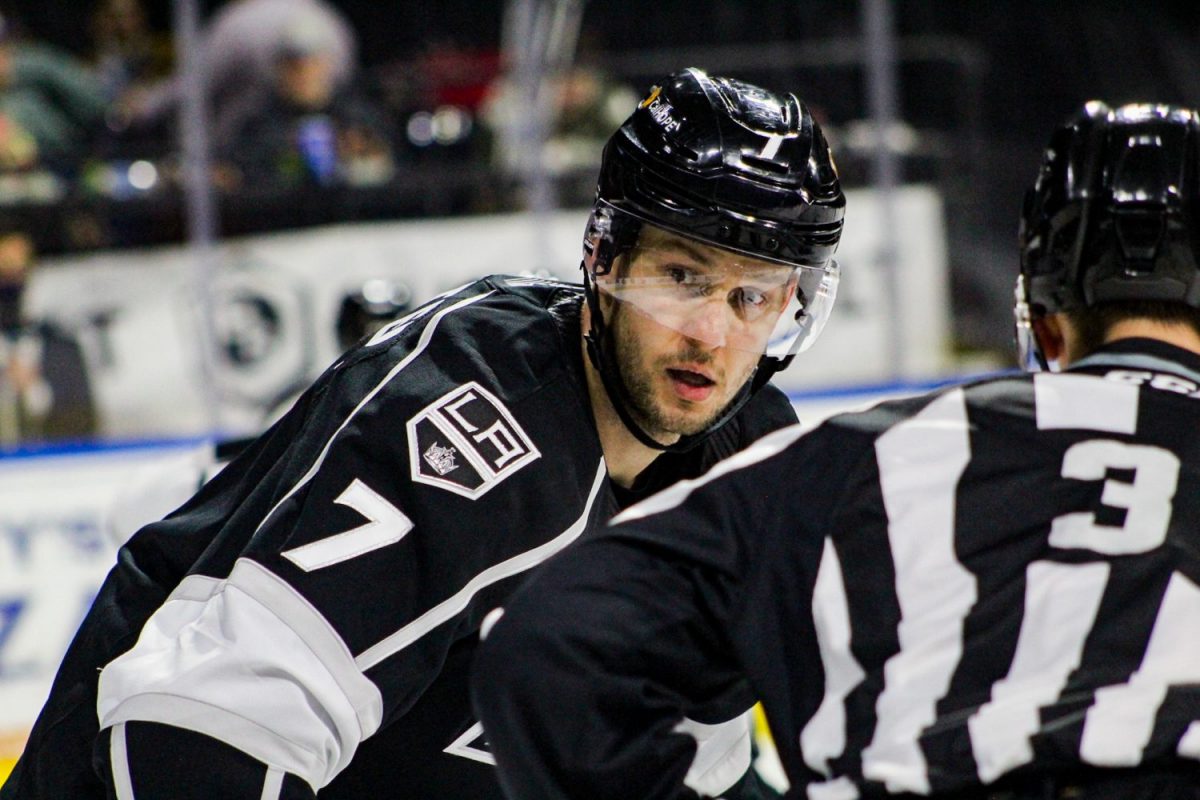 TODAY’S MATCHUP: The Ontario Reign are back at the SAP Center for the second straight day to face the San Jose Barracuda on Thursday night. Ontario has taken each of the first two meetings with the Barracuda, winning the first contest 7-4 at Toyota Arena on Dec. 17 before a 4-1 victory in San Jose on Wednesday morning.

WHAT TO WATCH FOR: Thursday’s game is expected to be the 1,000th of Reign captain Brett Sutter’s professional career. Ontario is in second place in the Pacific Division standings with 47 points after 32 games and can move into first place with a victory on Thursday. The Reign are 7-0-1-1 in January, collecting points in all nine games they’ve played during 2022. It’s Ontario’s second-longest run of the season after opening the campaign with points in its first 10 contests. The Reign are the highest-scoring team in the AHL, averaging 3.97 goals per game, and also rank first in the league on the power play at 28.7%.

LAST TIME OUT: Behind 39 saves from goaltender Lukas Parik, the Ontario Reign defeated the San Jose Barracuda by a final score of 4-1 on Wednesday morning at the SAP Center. The Reign got goals from four different scorers and improved to 7-0-1-1 in their last nine games during the month of January. Forward TJ Tynan led the way on offense with a goal and an assist, while defenseman Marcus Phillips opened the scoring with his first tally of the season and blueliner Jordan Spence extended his lengthy point streak to nine games in the victory.

SUTTER1K: Reign captain Brett Sutter is prepared to play his 1,000th pro game on Thursday and his 345th with Ontario since joining the team in February of 2016. He’s the team’s all-time leader in games played and scoring during its time as an AHL franchise, with 78 goals, 92 assists and 170 points. Originally selected by the Calgary Flames in the sixth round of the 2005 NHL Draft, Sutter has suited up for 939 games at the AHL level, which ranks 12th in league history. He has also spent AHL time with the Quad City Flames, Abbotsford Heat, Charlotte Checkers, and Iowa Wild, in addition to NHL games with Calgary, Carolina and Minnesota.

STREAKING SPENCE: Rookie defender Jordan Spence continued his offensive success in Ontario’s sweep of Tucson last weekend, recording four assists before adding another helper on Gabriel Vilardi’s power play goal Wednesday morning to extend his season-high point streak to nine games. During the run, Spence has racked up two goals and 10 helpers while posting power play points in eight of those nine contests. The Sydney, Australia native is second among active AHL rookie defenders with 22 points in 29 games on two goals and 20 assists. 12 of his helpers have come while the Reign have been on the man-advantage, which is second-most on the team and fifth in the league.

SCOUTING THE BARRACUDA: San Jose is just past the midpoint of its 2021-22 season, with 33 games remaining. The group has managed 14 victories and 29 points, which is the lowest points percentage in the AHL. While the team has struggled defensively, the Barracuda average over three goals per game on offense. Overall, forward Scott Reedy leads the club with 26 points in 30 games this season on a team-leading 17 goals and nine assists. Reedy’s 10 power play goals are also the most in the AHL. Attackers Joachim Blichfeld and Jayden Halbgewachs have also had good offensive seasons, totaling 25 and 23 points respectively. Alexei Melnichuk has seen the most time in net for the Barracuda, appearing in 21 games while posting a 7-8-1 record.

POWER PLAY PROWESS: Ontario has done much of its offensive damage on the power play this season, which has been at its best recently and finished a perfect 5-for-5 in two wins over Tucson last weekend. The Reign have scored man-advantage goals in eight of their last nine games and in 10 of their last 13. During that 13-game stretch, Ontario has converted on 18 out of their 46 opportunities with an extra man for a rate of 39.1%. Overall, the Reign have been successful on 28.7% of their power play chances this season which leads the AHL.

TERRORIZING TYNAN: Forward TJ Tynan had a game-high two points for the Reign in the team’s win over San Jose on Wednesday morning with an empty-net goal and an assist. The veteran attacker leads the Reign and is second in the AHL with 41 points in just 26 games with seven goals and 34 assists. His assist number is most among all skaters in the league, as are his 20 points on the power play which consists of a goal and 19 helpers. Tynan, the league’s reigning Most Valuable Player, is just 11 points away from collecting his 400th career AHL point.