Halfway Home! What’s gone right, and what hasn’t, in the first 41 games for the LA Kings 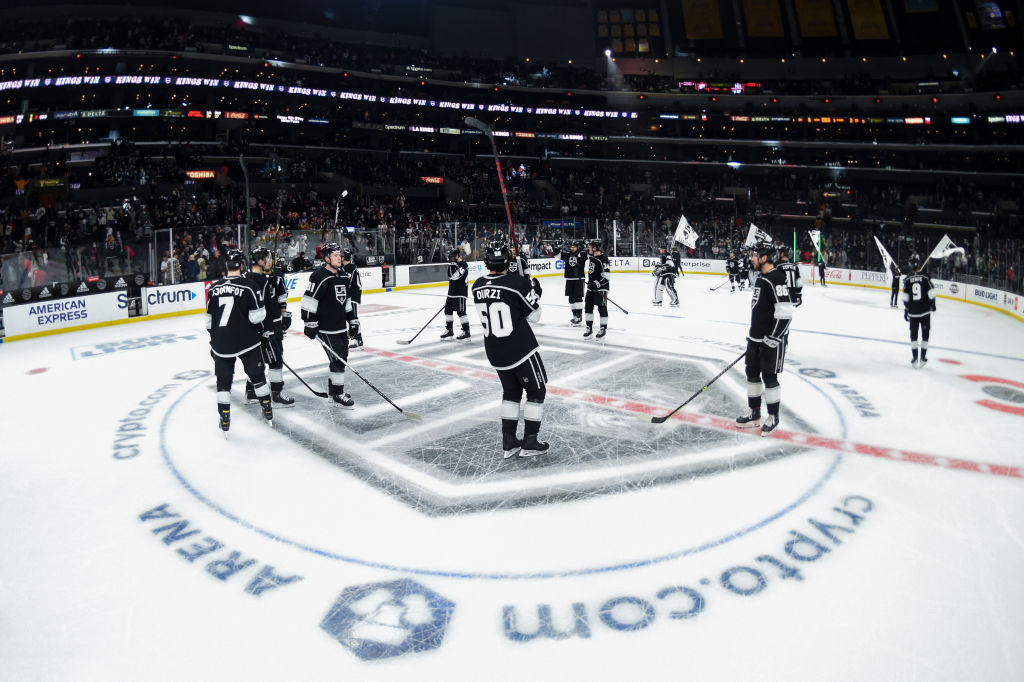 41 games played, 41 games to go. Feels like a natural point to reflect on what was, with an eye on what’s to come.

Back in October, if you’d have told me that the Kings would occupy a playoff spot, both by points and points percentage, at the halfway point of the season I think we all would have taken that, right?

Second in the Pacific Division in total points and third in points percentage at the exact midway point of the season has a pretty nice ring to it. I get that some of you are probably more upset by the last three games than you are excited about an overall outlook. Fair enough.

While last season was close on paper, it’s obviously a different feeling here through 41 Kings games. The Kings are rarely out of games and have more frequently controlled games with their own identity and style of play than been forced out by their opposition. We’re seeing the impact of offseason acquisitions, internal growth and a team committed to playing the system here in 2021 and the early parts of 2022.

Where it’s left the Kings is firmly in an extremely competitive playoff hunt. Picture this –

In the West? Game on.

How much the Kings have improved is a testament to a lot of things.

The Kings best players have also produced like the Kings best players. For all the talk about Anze Kopitar’s goalscoring this season, he’s currently on pace for 26 goals, the sixth highest total of 16 seasons in his NHL career. He’s also on pace to surpass 70 points for the first time since 2017-18, at the seventh highest rate of his career. His totals are just fine. Drew Doughty is one point shy of a point-per-game from the blueline, with the Kings controlling the puck at dominant rates with number eight on the ice.

The depth and secondary scoring has also improved. The injections of Phillip Danault and Viktor Arvidsson have given the Kings two thirds of a second line, while Adrian Kempe has evolved into a top-line winger alongside Kopitar. Kempe leads the Kings in goals, while Arvidsson and Danault are in the team’s top five.

This season’s “fourth line” if you want to call them that has combined for 19 goals, with the combination of Brendan Lemieux, Blake Lizotte and Arthur Kaliyev providing consistent and effective play, with a scoring touch to boot.

Defensively, the Kings rank fourth in the NHL in 5-on-5 save percentage at .929. That’s a testament to the season-long form of Jonathan Quick, along with some strong starts from Cal Petersen and a group of defensemen that thrives in their own end as a whole. In fact, just four teams in the NHL have given up more goals during 5-on-5 play so far this season than the Kings have.

The other side of the coin has been special teams. The Kings actually rank 18th in the NHL in power-play goals so far this season, right around the league’s midpoint, but a lot of that stems from quantity of power plays earned. The Kings draw power plays at an alarmingly high rate, ranking second in the NHL with 131 total power plays, but when you look at goals per 60 minutes, as opposed to raw totals, they rank seventh from the league’s bottom.

The Kings rank fourth from the bottom in terms of power-play shooting percentage and 25th overall in power-play percentage. It’s one half of the special teams battle, and one that Todd McLellan has discussed at length. We’ve seen personnel changes and mentality changes, changes to the approach and to the structure. Last season, the Kings were of the NHL’s best on the PP in the first half of the season, but struggled mightily in the second half. Here’s to hoping for a reversal of fortunes here.

The penalty kill has been the other half of special teams, and it hasn’t fared much better than the man advantage. The Kings are one of five NHL teams allowing more than 9 goals per 60 minutes of shorthanded time and one of four doing so strictly in 4-on-5 situations. Overall, it’s amounted to just 73.8% on the PK, ranking 29th of the league’s 32 teams. The Kings were a Top-10 penalty-kill unit for much of last season, ultimately finishing tied for sixth.

As McLellan commented the other day, special teams are the area that the Kings need the mot growth in to retain their playoff spot when they’re handed out for real in April. That’s 41 games away, so plenty of time for things to go either way. If the Kings can continue playing the way they have at 5-on-5, while even marginally improving special teams to right around a league-average mark, they could be a dangerous team to face. But that’s all hypothetical.

Starting with tomorrow’s practice, we’re officially into the second half of the season, as the Kings begin a lengthy, six-game road trip against Eastern Conference opposition. Live reports, from the East Coast, coming tomorrow, Insiders!