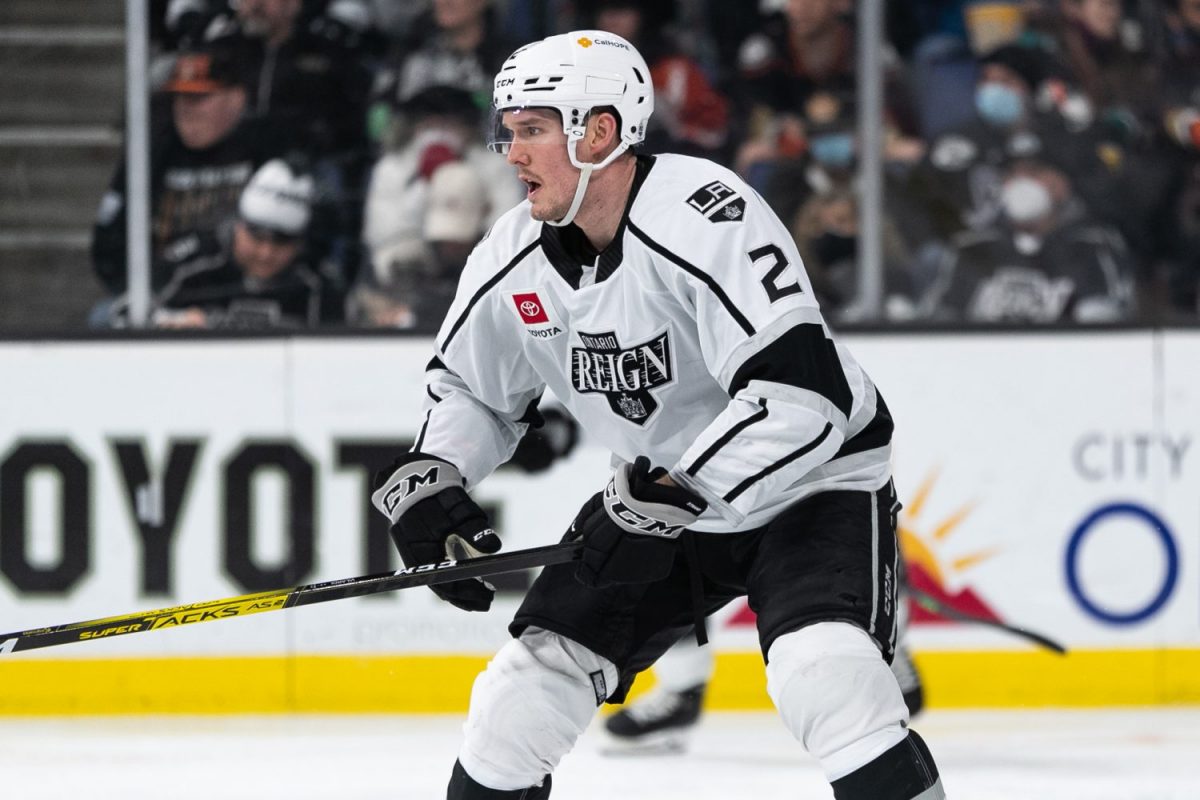 TODAY’S MATCHUP: The Ontario Reign will go for their third straight win Sunday afternoon when they welcome the Stockton Heat to Toyota Arena. This afternoon’s contest is the third meeting of eight contests between the two teams during 2021-22. All of the first three have taken place at Toyota Arena. The Reign have an upcoming trip to Stockton for the first time this year on Jan. 29. The two clubs split their first two meetings of the season Nov. 21-22, with the Heat winning the opener 4-2 before Ontario prevailed with a 5-3 decision the following day.

WHAT TO WATCH FOR: Sunday’s clash between Stockton and Ontario features the top two teams in the Pacific Division. The Heat are leading the standings with a points percentage of .768, while Ontario sits in second at .700. The Reign are the top offensive team in the AHLwith an average of 3.80 goals scored per game, while Stockton leads the league’s defensive rankings by allowing just 2.36 goals per contest.

LAST TIME OUT: For the second straight game, the Ontario Reign came from behind in the third period and prevailed in overtime Saturday night. The game-winner came from Samuel Fagemo, who, along with linemate TJ Tynan, each posted a goal and two assists in a 5-4 victory over the San Diego Gulls at Toyota Arena. Reign defender Jordan Spence also scored his first professional goal for Ontario in the first period, while Quinton Byfield found the back of the net for the second straight game and goaltender Lukas Parik earned a win in his first career AHL appearance.

FABULOUS FAGEMO: Forward Samuel Fagemo gave the Reign their fourth overtime win of the 2021-22 season Saturday night, scoring off a feed by TJ Tynan on a 2-on-1 rush 3:33 into the extra session. Fagemo is now second on the team in goal scoring, having totaled nine tallies during his second pro season in North America. Saturday’s winner was the first game-winning goal of his AHL career and his 19th tally overall in 57 contests.

SPENCE GETS FIRST STRIKE: Rookie defender Jordan Spence opened the scoring Saturday night with his first professional goal on the power play at 5:32 of the first period. Spence, who has points in three of his last four outings for Ontario, also assisted on Jaret Anderson-Dolan’s second period tally to post his fourth multi-point performance of the 2021-22 year. The blueliner earned assists on two of Ontario’s goals last Wednesday in Bakersfield before ending the week with the second helper on Samuel Fagemo’s late game-tying tally last Sunday afternoon. Spence’s assist total ranks third on the team among active skaters (12). Six of his helpers have come while the Reign have been on the man-advantage, which is tied for second-most on the team.

SCOUTING THE HEAT: Stockton has been at the top of the Pacific Division standings all season, previously winning nine straight games and posting points in their first 12 contests to begin the campaign. Rookie forward Jacob Pelletier leads the club with 29 points in 28 games on 11 goals and 18 assists. He also ranks first on the team in goals, assists and shots on goal (87). Glenn Gawdin, who recently set the new mark for all-time team scoring, is second on the team with 26 points (10g, 16a). Defender Connor Mackey’s 15 points (3g, 12a) are the most among the team’s blueliners. In net, Dustin Wolf has arguably been the best goaltender in the AHL this season, posting a 15-1-2 record in 18 appearances with a 1.81 goals-against average and a .940 save percentage.

GABE THE GREAT: Forward Gabriel Vilardi totaled three goals against Bakersfield last week, including two of Ontario’s tallies during last Wednesday’s overtime loss to the Condors. His third strike got the comeback started for the Reign at 3:47 of the third period Sunday, which was the Kingston, Ont. native’s sixth tally in 13 AHL games this season. Vilardi added two assists in Saturday night’s overtime win to increase his overall scoring output to 12 points this season with Ontario (6-6=12).

BYFIELD AT HIS BEST: Forward Quinton Byfield scored for the second straight game Saturday after netting his first tally of the year in overtime last week. The 19-year-old knocked home a rebound in front of the net during the second period of Ontario’s win over San Diego and also finished the contest with a team-high five shots on goal. Byfield has played in seven AHL games this season after suffering an injury during the preseason with the LA Kings. In his first pro season during 2020-21, the Newmarket, Ont. native totaled 20 points in 32 games for the Reign on eight goals and 12 assists.