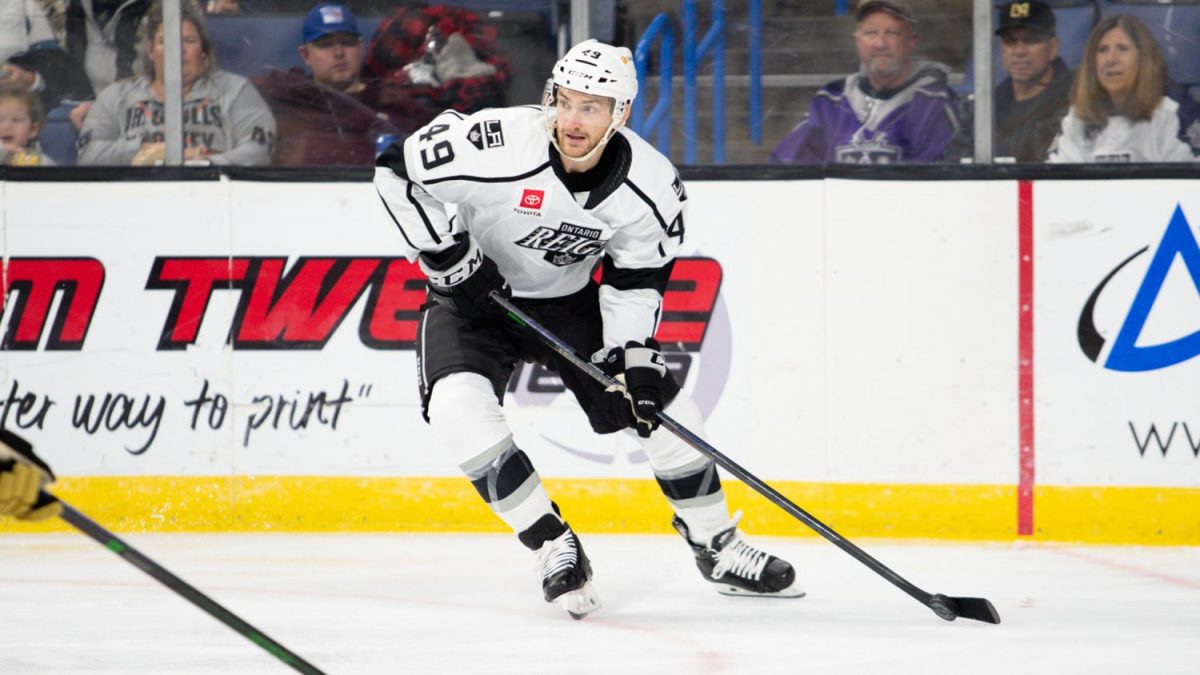 TONIGHT’S MATCHUP: The Ontario Reign host the San Diego Gulls for Star Wars Night at Toyota Arena on Saturday evening. Tonight’s battle will be the fifth of the 2021-22 season between the two rivals. Ontario holds a 3-1-0 record against the Gulls in the previous four matchups, winning each of the first three before falling in San Diego during the most recent clash on Dec. 11.

WHAT TO WATCH FOR: The Reign are aiming to hold their second place standing in the AHL’s Pacific Division this weekend. Ontario comes into Saturday’s game with a slight edge on the third place Henderson Silver Knights, who have won six of their last seven games. The Reign rank second in the AHL on offense, scoring an average of 3.75 goals per game. Ontario forward TJ Tynan leads the team with five points in the four previous meetings against San Diego along with a +5 rating, while both Martin Frk (3-1=4) and Jacob Moverare (1-3=4) have each totaled four points.

LAST TIME OUT: The Ontario Reign used a furious comeback in the third period to force overtime and secured a victory on a game-winning shot by Quinton Byfield, defeating the Bakersfield Condors at Toyota Arena by a score of 3-2 Sunday afternoon. Forward Samuel Fagemo had the tying goal with less than two minutes remaining in the third, while Gabriel Vilardi got the comeback started with his third goal of the week against the Condors. Goaltender Garret Sparks made 34 saves in the win for the Reign, including multiple timely stops late in the game during the comeback.

Q’D UP FOR THE WIN: Forward Quinton Byfield sent the Toyota Arena crowd home happy on Sunday, scoring his first goal of the 2021-22 season in overtime to defeat Bakersfield and give Ontario its first win of 2022. The attacker was playing his sixth contest of the campaign after suffering an injury during the NHL preseason schedule with the LA Kings. In 2020-21, his first pro season with the Reign, Byfield totaled 20 points in 32 games on eight goals and 12 assists. Sunday’s OT strike was the second game-winning goal of his career.

FRK SCORES IN SEASON DEBUT WITH LA: Forward Martin Frk found the back of the net in his season debut with the LA Kings Thursday against the Nashville Predators, striking on the power play in the third period. The tally was the 300th point of his professional career. Prior to his most recent recall, Frk was the top scorer for the Reign this season, posting 29 points in 24 games on 14 goals and 15 assists. Most recently for Ontario, Frk tallied two helpers in the club’s overtime win over Bakersfield on Sunday.

SCOUTING THE GULLS: San Diego is coming off a 4-1 win over Stockton on Friday night and sits in eighth place in the Pacific Division with a .457 points percentage. The Gulls have been led offensively by forwards Brayden Tracey and Jacob Perreault, who have totaled 19 and 18 points in 23 games, respectively. The two attackers are also tied for the team lead in goal scoring, each with eight tallies. Defender Nikolas Brouillard has a team-high 12 assists and leads the club’s blueliners with 15 points in 21 games. In goal, Olle Eriksson Ek is back for his second season with the Gulls after appearing in 15 contests as a rookie and has a 4-6-1 record in 11 appearances with a 2.92 goals-against average. Rookie netminder Lukas Dostal is 6-6-0 in 12 outings with a team-leading 2.86 GAA.

GABE THE GREAT: Forward Gabriel Vilardi totaled three goals against Bakersfield last week, including two of Ontario’s tallies during last Wednesday’s overtime loss to the Condors. His third strike got the comeback started for the Reign at 3:47 of the third period Sunday, which was the Kingston, Ont. native’s sixth tally in 12 AHL games this season. Overall, Vilardi now has 10 points in 12 AHL games with Ontario during 2021-22 (6-4=10).

SPENCE TURNING HEADS: Rookie defender Jordan Spence earned assists on two of Ontario’s goals last Wednesday before ending the week with the second helper on Samuel Fagemo’s late game-tying tally Sunday afternoon. While Spence has yet to score in his AHL career, his double-digit assist total ranks third on the team among active skaters (11). Five of his helpers have come while the Reign have been on the man-advantage, which is tied for third-most on the team.