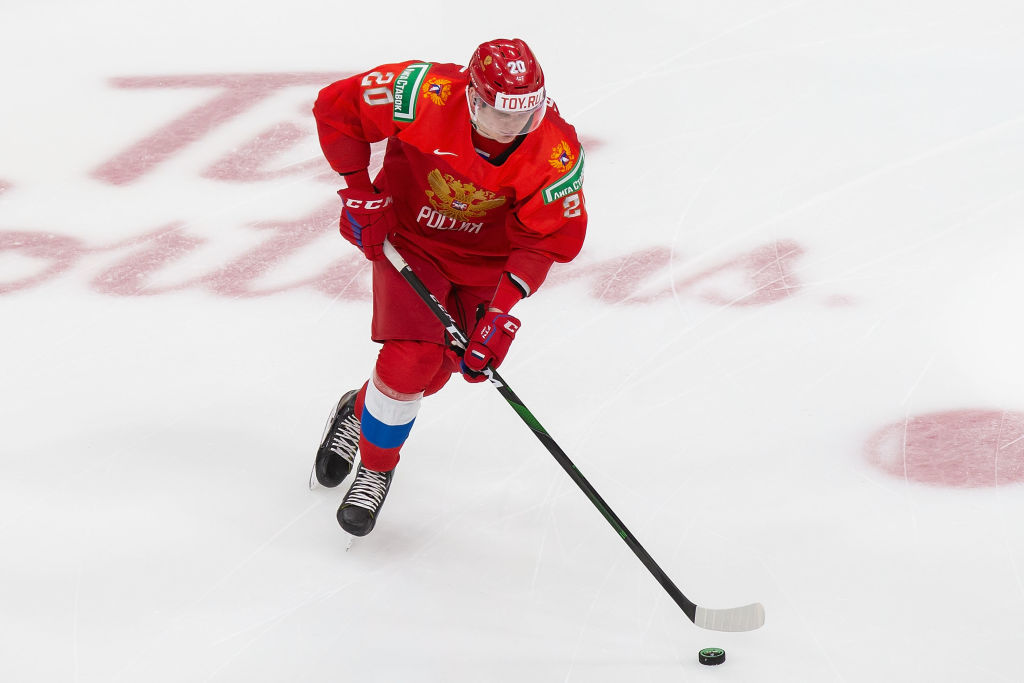 The annual tournament of prospects kicks off this afternoon from Western Canada, with six LA Kings draft picks slated to participate in the world’s most prominent showcase for players under the age of 20.

Schedule
It’s the tale of two groups, from a Kings perspective. The Kings will have at least one prospect playing in every single game in Group B, with four of the five teams featuring a player selected by the Kings during a recent NHL Draft. Group A features only Finland, as far as players with Kings ties, though that is also the lone nation with two Kings prospects on the roster.

Here is a list of Kings vs. Kings, meaning all matchups that include at least one Kings prospect on both sides of the ice –

Team Finland begins its tournament today at 11 AM Pacific time, in the first game of the tournament, as they face off against Team Germany. Finland is also scheduled to play tomorrow (vs. Austria), Wednesday (vs. Czech Republic) and Friday (vs. Canada).

The quarterfinals are scheduled for Sunday, January 2, followed by the semifinals on Tuesday, January 4 and lastly, the bronze and gold medal games on Wednesday, January 5. The way the groups set up presents the likelihood of at least one quarterfinal featuring Kings prospects on both sides, with the potential of more matchups down the road. Lots of hockey with international flavor to come over the next 11 days!

Players
In an article posted two days prior, our prospect writer, Jack Jablonski, previewed the six Kings prospects who will feature at the tournament, once rosters became finalized. That article can be found here.

The TLDR version has six LA Kings prospects participating in the event, on five different teams. Five of those players are returners, with Brock Faber (USA – Gold), Kasper Simontaival (FIN – Bronze) and Samuel Helenius (FIN – Bronze) each in search of consecutive medals at the tournament. Kirill Kirsanov (RUS) and Martin Chromiak (SVK) each participated in the tournament last season, with Russia finishing in fourth and Slovakia bowing out in the quarterfinals. Defenseman Helge Grans is set to make his tournament debut this season with Team Sweden.

Chris Peters, of Hockey Sense w/ Chris Peters and Daily Faceoff, joined the All The Kings Men podcast for an episode that dropped just this morning, previewing the upcoming tournament. Peters touched on the six future Kings participating in the 46th edition of the international showcase, with one of the league’s most prominent prospect writers weighing in on the presence of the Kings. Enjoy a listen above!

World Jon-iors
Lastly, if you plan to tune into the tournament here in the United States, expect to be treated to a familiar face on your television sets! Jon Rosen will be a part of the broadcast team on NHL Network, covering Team USA throughout the tournament. Jon joins Stephen Nelson on play-by-play and Dave Starman as a color analyst, with the trio on air for each Team USA contest.

Per the league’s announcement on Friday, we’re expecting more information from the NHL at some point today regarding a return to play plan. As of this writing, the Kings are scheduled to return to game action on Tuesday (vs. VGK) in Los Angeles, with home games also scheduled for Thursday (vs. VAN) and Saturday (vs. PHI). Teams are able to return to the ice for practice today beginning at 2 PM local time, with the Kings currently scheduled to skate at that time.