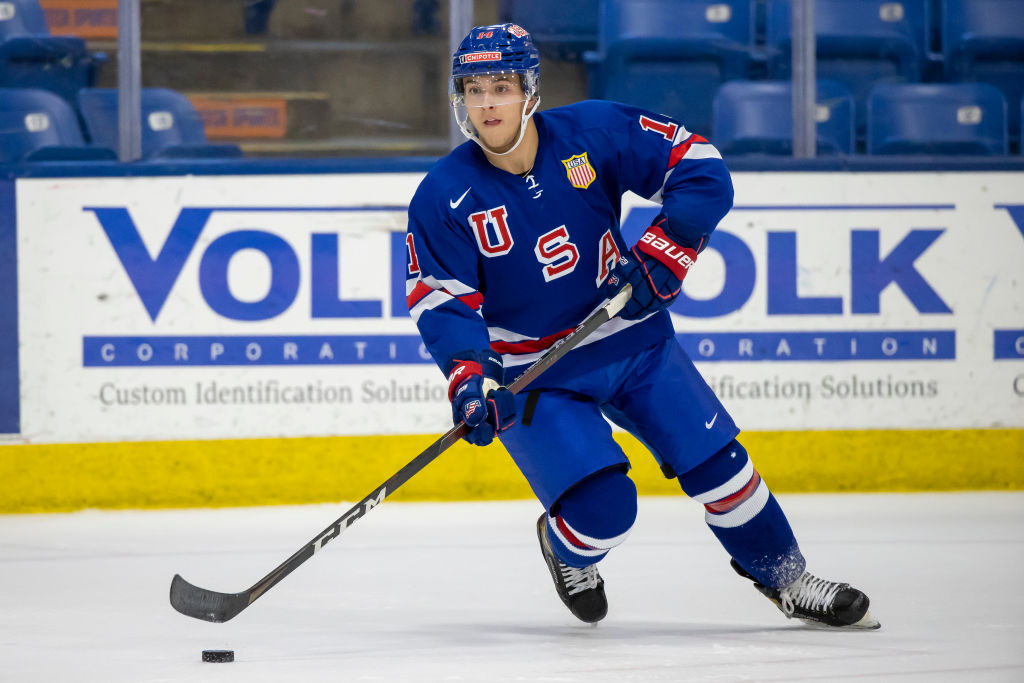 Faber, selected by the Kings during the second round of the 2020 NHL Entry Draft spoke with me recently on his season here with the University of Minnesota, his style of play and playing in his second World Juniors beginning in a few days time.

Between our recording and today, Faber was named as one of four captains for Team USA during the tournament, serving as an alternate on Nate Leaman’s team. Additional quotes from Faber and Leaman on the honor of wearing a letter on his team, as well as Faber’s leadership style both on and off the ice.

Faber, on being named as an alternate captain
That’s a big honor, it’s something that I’ve always dreamed of, playing for this team at the World Juniors. With fans back, it’s going to be special. I’m thankful and I’m honored to be able to represent this country, wear this jersey and even more honored to be an assistant captain. It’s a tremendous honor and I’m very grateful, but at the same time, everyone’s a leader on this team. It’s a special group here.

Faber, on his leadership style
More lead by example. I just try to play the game the right way, I work as hard as I can, do anything I can to help the team win. I’d definitely say the best way I lead is by example, for sure.

Leaman, on Faber’s play and leadership style, both on and off the ice
Quiet leader on the ice, leads with his play, very good defender who can really get up the ice with the puck. I think, off the ice, he’s a big glue guy. He really does a good job of bringing energy, he does a good job of getting guys together. I thought last year, as an under-ager, you wouldn’t have known it. We kind of thrust him right in and him and Jake [Sanderson] were kind of at the center of the team. I think his play speaks for itself, and that’s a large part of the way he leads, with his play, but behind the scenes, I think he’s a really, really good guy at bringing different groups of guys together.

To follow, we’ll take a look at all six LA Kings prospects expected to compete at the World Juniors, as final rosters and leadership groups continue to surface in advance of the tournament!