By All The Kings Men
216 Comments
Share This Article 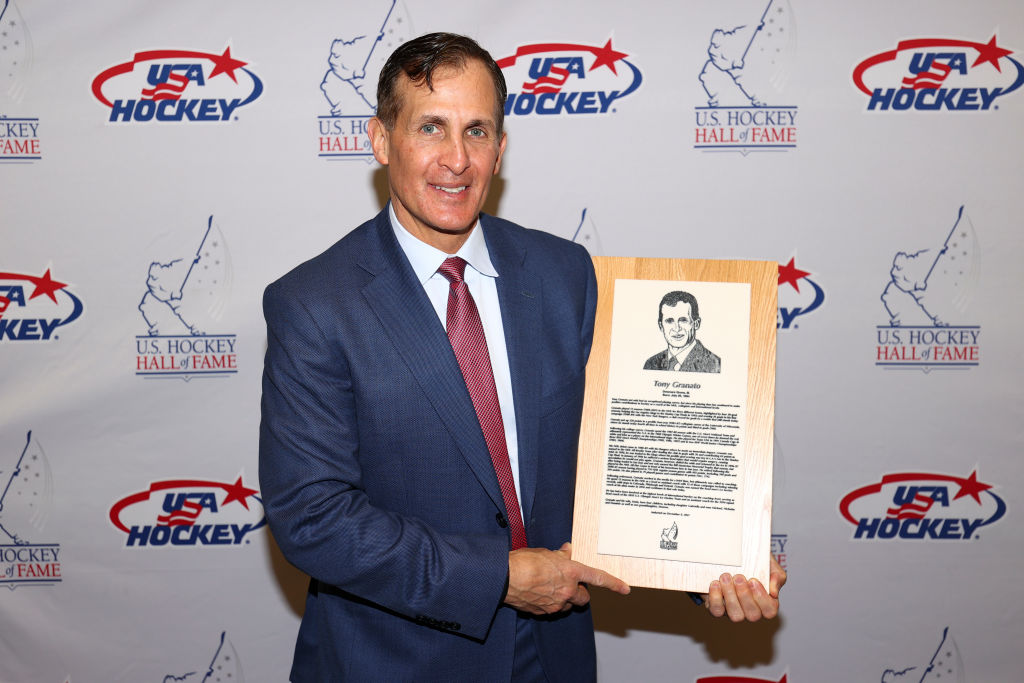 Tony Granato joined the All The Kings Men podcast, following his induction into the US Hockey Hall of Fame last week. The former King talks about his time in LA, playing for Team USA and his journey from player to head coach at the University of Wisconsin, where he was behind the bench for Alex Turcotte’s freshman season with the Badgers.

On being selected to the Hall of Fame but having the induction ceremony postponed a year
It was a real fun night for me and my family, so it feels special. I think that’s the best way to say it. I got a call…a year and a half ago from Pat Kelleher, from USA Hockey, and he said I want to tell you you’ve been selected. When you hear that you take a time out and think about “what the heck did he just say”. From that, you go back and just be grateful for all the teams, teammates, and opportunities that the game of hockey has given me and my family. That’s exactly what I’ve been able to reflect on. To have it happen a year and a half ago and then to have the ceremony this year kind of dragged out that whole gratefulness that I’ve had for being able to reflect back on those experiences, and that’s been kind of cool.

On being traded to Kings during his playing career
I was so fascinated on what was going on there. Usually, when you get traded, you’re down you’re like oh man this team didn’t want me. I was on the spectrum of “Oh my gosh the Kings want me!” type of feeling. [During the All-Star break] I got the call from Bruce McNall. Bruce McNall says “Tony we just traded for you…You’re an LA King. Gretz is excited to get you here” And I’m thinking “Wayne knows who I am, okay that’s a good start!” I was so excited to be part of the Kings organization. I saw what they did the year before. I saw the players they had in the organization. Obviously, Luc is a Hall of Famer, and he was from the day he got there, and you got Gretz there now and you’ve got Larry Robison and John Tonelli, so many veteran players. You can see that it’s starting to come together, you can see the commitment Bruce had as an owner to try and build something special.

On playing for Team USA
The first time I put on that USA sweater and you look down and you see red, white and blue and the letters U-S-A on your chest, the feeling that you have and pride that you have not just in being a hockey player but in being an American and being able to represent your country is a whole different animal as far as what it feels like to be on and part of a team. I never lost that feeling. It’s a special jersey to wear. I still feel that way when I see the US sweater and I’m grateful that I had so many opportunities to do that.

On being a coach
The best seat in a hockey rink is being a player and being on the bench. The second-best seat, if you can’t be on that bench as a player, is to be the coach and be right behind those players. I’ve been lucky to have been in the NHL for 14 years of coaching and now my 6th year here at Wisconsin and I love it. I will tell you it’s not quite as exciting as playing. I would much rather be a player than a coach but it’s the next best thing.

Listen to the full interview with Granato above!