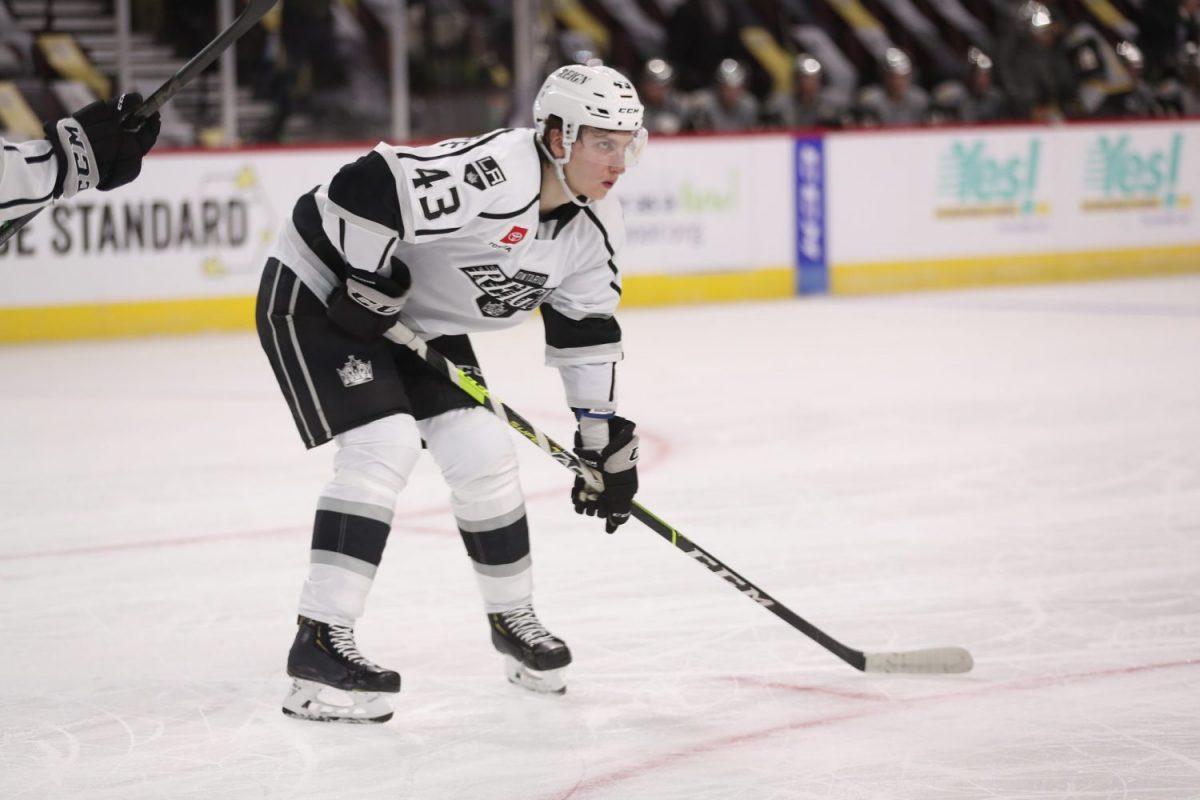 The LA Kings announced today that the team has recalled defensemen Jacob Moverare and Jordan Spence from the AHL’s Ontario Reign.

Moverare, 23, has proven to be a steady and reliable presence at the AHL level. Moverare is, first and foremost, solid defensively, using his hockey sense in his own end, as well as his stick to play against top players at the minor-league level. While not necessarily known for his offensive game, Moverare was the active leader on the Reign roster in points with eight (3-5-8) from 19 games played this season, and trailed only Sean Durzi last season, as he tallied a very respectable 15 points (1-14-15) from 26 games played.

On an Ontario blueline in flux this season, due to personnel movement, callups, injuries, the whole nine yards, Moverare has been a constant. As of this writing, he is the only defenseman to appear in all 19 games to date, though that is set to change this evening with the recall. Moverare was perhaps the team’s most consistent defenseman last season as well, as the Ostersund, Sweden native only grew in comfort level and confidence as his first season in North America progressed.

Spence, 20, is 18 games into his first professional season with AHL-Ontario. After a strong preseason display at the NHL level, one in which Spence repeatedly drew positive comments from Head Coach Todd McLellan, the young blueliner was assigned to the AHL to transition to the professional game. From 18 games played with AHL-Ontario, Spence has eight assists and trailed only Sean Durzi, already up with the Kings, with a +7 rating.

Spence is a puck-moving defensemen with offensive instincts, who was a point producer throughout his junior career. The 5-10 blueliner was named as the QMJHL’s Defenseman of the Year during the 2019-20 season, as he tallied 52 points (9-43-52) from 60 games played. Spence, who was nominated again for the award last season, went on to appear in the QMJHL Finals last season, as well as at the World Junior Championships, before beginning his professional career.

In the absence of Drew Doughty, who entered the NHL’s COVID Protocol yesterday afternoon, it will take a by-committee approach on the backend to piece things together until Doughty returns. That could extend past this road trip, without a true certainty to a player’s stay on that list. While Moverare and Spence might not check into game action immediately tomorrow evening, there’s certainly the possibility that either could, for a variety of different reasons.

On Moverare’s two-way play over the last two seasons
He’s played very well for us this year and last year. He’s a really intelligent player, someone who uses his mindset, his ability to think the game, to really be solid for us in all different aspects. There’s a lot of deception in his game, he’s a very good defender with a great stick that has an offensive ability as well so we’ve leaned heavily on him and we will continue to do that.

On how Moverare uses his tools defensively
His defending is really, really good. He’s able to use his stick and his positioning. If he continues to improve his ability to close and end plays in his own zone and be really good in front of his own net, that can only help him against bigger, stronger, faster players which is what you see at the next level.

On Spence’s development as a first-year pro
You come into the league in the American Hockey League and you realize really quick how great of a league it is. Playing against men and guys that are in their thirties and late twenties that are doing it for a living. But he’s gotten better and better every day and we think that’s a huge thing for him, the defending part of the game he’s really taken on defending vs. the rush he has a very good stick, his understanding of gaps and what he has to do away from the puck to allow him to play with the puck and again with the puck he just makes plays all the time. He’s able to buy time and space for himself and his teammates, continuing to work to support his partner or the low forward, but any young defenseman needs to continue to work on their play without the puck and that includes d-zone, that includes net-front battles, and using proper technique. Those are areas that he’s improved on in this short time and we’ve been relying on him a lot and having some first power play minutes with Durzi up top he’s put in that role and is doing a good job so we rely on him heavily as a first-year guy and he’s deserved it, he’s deserved the minutes that he’s been playing and continue to improve in his game in the future.

For a recent feature on Moverare by our Ontario Reign contributor Jared Shafran, including additional quotes from Hajt and Moverare himself, check out this story here on LAKI. For my feature story on Spence, from last season, touching on his progress in the QMJHL and his selection to the World Juniors, click here.

Jordan Spence (@jordanjs224) has Canada on the board 🇨🇦 pic.twitter.com/prvGQ84QxE