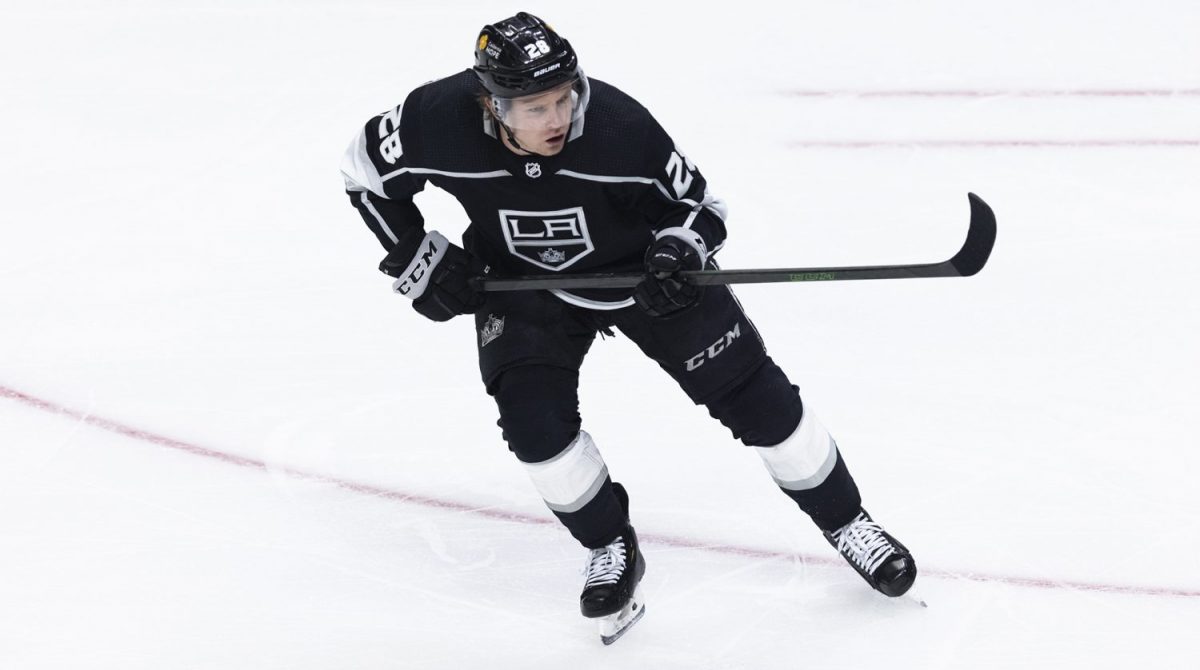 Good to be back on the ice after a victory, Insiders!

Now, before anyone gets too riled up, today was a maintenance day for Anze Kopitar, nothing more, nothing less, as Todd McLellan put it after practice. Kopitar did not skate with the group today, though McLellan did not have any concerns at this time about his availability against Minnesota in 24 hours time.

“Just a maintenance day today,” McLellan said, of Kopitar. “We fully expect him to be in tomorrow, there’s no reason why he shouldn’t be right now.”

With that in mind, Lias Andersson filled in for Kopitar’s slot in the lineup today, between Adrian Kempe and Dustin Brown, with all other players on the ice. Brendan Lemieux is officially clear of his five-game suspension and is eligible to return to the lineup tomorrow. Today’s practice gave the indication he might check back in on the fourth line if he does play, as he took repetitions with that unit.

Here’s how the Kings aligned this morning –

The Kings got one of their more complete performances last night, with all four lines, all three pairings and the goaltender chipping in. The bottom six got two goals, albeit one with an empty net, while the Kings got production from the backend on Arthur Kaliyev’s goal, with the play started by Tobias Bjornfot.

With that being said, it’s hard to find a weak link to remove to insert Lemieux, which creates a good problem for the Kings. Last season, you could have pinpointed multiple names on most nights. This year, the situation has changed, and the Kings have guys showing they deserve to stay in the lineup with their play, not come out of it. That’s a good thing for sure.

Two For Transition
If you look at the two goals the Kings scored on Jake Oettinger last night, you’d note that both came off of transition opportunities.

The first was Phillip Danault doing Phillip Danault things. As he backchecked down the wing, the sense to not only whack the puck off of an opposition stick, but to then have the heads-up sense to hit Dustin Brown going the other way was sublime. One pass later and Brown sprung Adrian Kempe on a breakaway which was cashed in for the goal.

The second goal was certainly a different play, but a transition play nonetheless. Tobias Bjornfot capitalized on a situation that McLellan said the Kings have preached, which is gaining a line and making plays under pressure. His ability to do that put Rasmus Kupari in space, with the young Finn hitting Arthur Kaliyev for a critical insurance goal to essentially put the game away.

“A real good sign,” McLellan said of two goals in transition. “Structure allowed us to create some opportunities to go the other way, and we talked a fair amount about transition, killing plays and going the other way quickly. Kempe’s goal in particular, but also the play that Toby made under pressure, just to gain the line. We’ve talked a lot about gaining the line and pressure plays and the other two took advantage of it. It was nice to see.”

Winning in transition, and creating opportunities through checking, has been a staple of successful Kings hockey this season.

McLellan has said several times that the Kings are the kind of team that needs to win games 3-2 right now. The Kings are still a checking team at heart, though they’ve done well to add aggression into their game in the right areas. Checking well to halt attacks and immediately turn them the other way to create offensive opportunities was a winning formula in action.

“Win with numbers, and check,” McLellan added. “The games that we’ve played well, we’ve been able to check and be patient, and take advantage of opportunities that have been created. We did that last night.”

He Went To Jaret
The Kings made two lineup changes from Monday’s defeat in Vancouver to yesterday’s win over Dallas, with forwards Andreas Athanasiou and Jaret Anderson-Dolan checking into the lineup. We spoke with Athanasiou, who scored an empty-net goal against the Stars, yesterday morning, in advance of his return to the lineup.

“I thought JAD was fine,” McLellan said. “His confidence in the defensive zone, his responsibility for his assignments, looked good. At the backend of last year, there was some doubt or confusion, whether it was in his game or everybody’s game, but he looked significantly better than he did at the end of last year.”

As you’ll see in the interview below, Anderson-Dolan felt that, at the end of last season, he started to overthink situations, rather than reading and reacting in them. When you start to overthink, that’s when mistakes happen, especially for a strong defensive player, with good instincts and good reads.

Getting back to that mindset was crucial for Anderson-Dolan, who took his time in the AHL with the best approach, and used it to improve in certain areas that are now benefitting him with the big club.

“I think that’s very fair for him,” McLellan said, of Anderson-Dolan’s assessment. “Sometimes, if you want to call it a setback, I guess we can call it that, a setback needs a reset. He got that at the American League level. I know that we’re a team that’s in transition, we want all these young guys to play, but it’s never a smooth pass to become a 1000-game player or a 15-year veteran. There are ups and downs and while we still have the time to reset individuals at the American League level, we should take advantage of it, and that’s what we’ve done with JAD.”

Hear from Anderson-Dolan himself below –

Say Hello, Not Goodbyfield
As featured earlier here on LAKI, Quinton Byfield is expected to make his season debut tonight with the AHL’s Ontario Reign. I caught up with QB earlier today, read that interview here.

Speaking with McLellan, he praised the commnication between the Kings staff and the Reign staff, noting that first, the communication starts with systems and team-wide, then diving into individual evaluations and players. With Byfield specifically, he hasn’t featured in a game, so the conversation has been about practice habits and performance. AFter tonight, you can add a new line item to the discussion.

“Q’s question and answer phase has just been practice, really, because they had the game cancelled,” McLellan noted. “We want to know how he’s practicing, is he working, is he doing the things he needs to be doing in practice. There is communication there.”

The Kings hit the ice tomorrow for morning skate at 10:30 AM. We’ll hopefully have clarity confirming Kopitar’s status, as well as a potential return for Lemieux and tomorrow’s decision between the pipes following that skate.