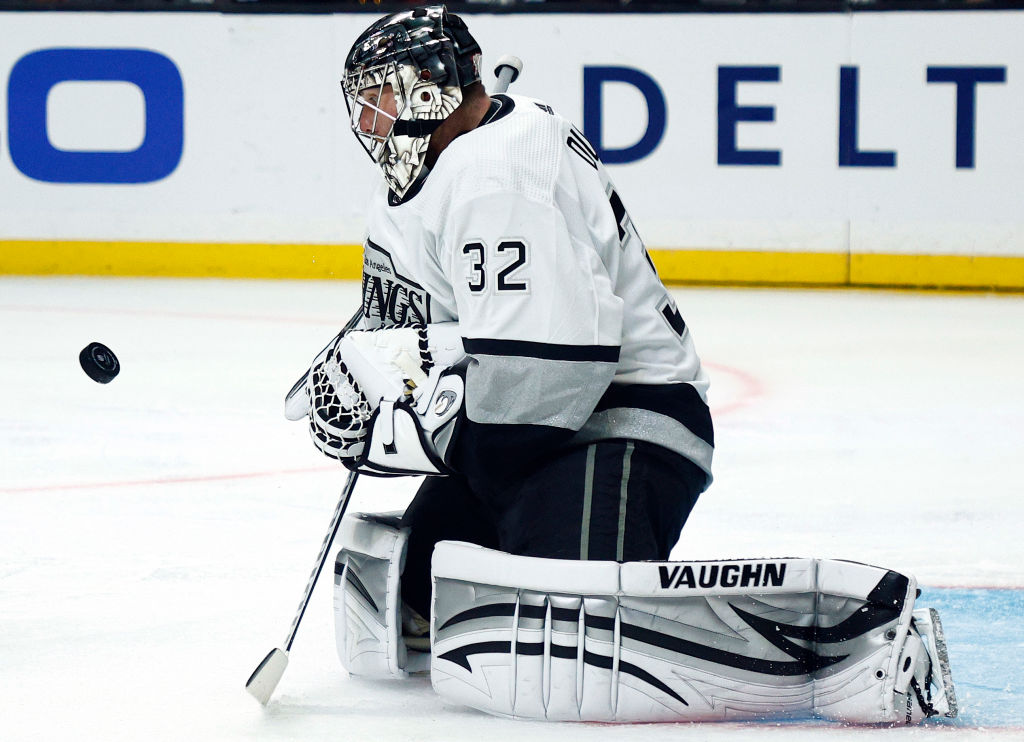 TONIGHT’S MATCHUP: The LA Kings continue their seven-game homestand this evening with the final meeting of the season against the Toronto Maple Leafs.

HEAD-TO-HEAD: The Kings claimed the first matchup of the season, in Toronto, by a 5-1 final earlier this month. Forward Phillip Danault led the Kings in his return to Canada with three points (2-1-3), while forward Alex Iafallo (0-2-2) also had a multi-point effort. Danault has faced just one opponent (Ottawa) more than Toronto throughout his professional career.

KINGS VITALS: The Kings are still in search of their first win on the current homestand, with a 0-2-1 record from the first three games. Tonight marks another opportunity to do so, with three games still to come at STAPLES Center.

The Kings announced this morning that Andreas Athanasiou has been placed in COVID-19 Protocol and is unavailable for tonight’s game. Athanasiou was not on the ice during morning skate, which leaves the Kings with at least one roster change to make in advance of tonight’s game.

That naturally makes projecting tonight’s lineup a bit more difficult, so we’ll need to hold off until closer to game time. Today’s morning skate was optional, though yesterday’s practice indicated that Lias Andersson and Sean Durzi appeared set to check in. This was, however, prior to the COVID situation, so we’ll learn of the exact lineup closer to puck drop.

What we can assume though is that Jonathan Quick is expected to make his second consecutive start in net for the Kings, after he was the first goaltender off this morning. In the first head-to-head matchup of the season, Quick made 33 saves on 34 shots in a 5-1 Kings victory. All-time against the Maple Leafs, Quick is 7-4-1 from 12 appearances, with a .927 save percentage and a 2.21 goals against average.

MAPLE LEAFS VITALS: With wins from six of their last seven games played, Toronto is currently on game two of a four-game road trip that spans from coast to coast. Following a 3-0 win in New York against the Islanders, the Maple Leafs will hit California here over the next five days, with games against the Kings, Ducks and Sharks.

The expectation is that former LA King Jack Campbell will get the start this evening for the Maple Leafs in his former building. Campbell was between the pipes when these two teams played in Toronto, as he made 24 saves on 28 shots in defeat in the first game he’s played against the Kings. On the season, Campbell is 10-4-1, with a .944 save percentage and a 1.66 goals-against average.

Per TSN’s Mark Masters, here’s how tonight’s visitors lined up last time out, with no roster changes expected for tonight minus the goaltender –

Former Kings Jake Muzzin and Kyle Clifford are both here in California on the trip, with the former expected to play tonight and the latter rejoining the team after he was acquired via trade from St. Louis on November 16.

Toronto chose to play their big guns, when possible, against the third and fourth lines of the Kings, which means that LA’s top six was more likely to square off against the bottom six for the Maple Leafs. The result was four goals for the Kings’ top six, and just one on the power play for John Tavares, in a 5-1 Kings victory. While Toronto’s stars were held off the board at even strength, it’s not as if they didn’t have their opportunities, and forward Trevor Moore, who also scored in that game, feels that he and his linemates have even more to offer in those situations.

On that road trip, the team’s fourth line especially, in Todd McLellan’s eyes, was very good at handling themselves when playing against another team’s top line, or some of their better opposition.

That has continued onto the team’s current homestand, which has given both player and coach confidence in their ability to handle any situation. McLellan indicated that

“The fourth line in particular has been quite good, both offensively and defensively. We have to expect them to be on the ice against top players at some point, especially if you run lines 1, 2, 3, 4, and the other team is doing it, back end of 4 is getting 1. They have to be able to play in those situations and they did a really good job on that road trip. To me, it’s continued on here.”

McLellan went on to indicate that, at home, they will likely try to tailor their matchups a bit more towards what they want to do. Typically for the Kings, that involves putting Anze Kopitar and Phillip Danault against the opposition’s best players, though he didn’t indicated specifically which matchups he might try to utilize. Regardless though, he’s continued to express confidence that his bottom-six players can hold their own against the opposition’s best.

“Obivuosly at home, we try to get a little bit more of what we want, but we’ve had our fourth line on the ice in a lot of key situations,” McLellan said. “We’ve had a lot of confidence in them, and they’re showing confidence in us. It’s a good relationship right now, we need that to continue.”

Utility Men
You know those players in baseball who seemingly play every position but pitcher? When you have them in fantasy baseball, they’re super useful because you can slot them in wherever there’s an opening on a particular day?

I don’t play fantasy baseball personally – WAY too many games – but Todd McLellan discussed Lias Andersson and Trevor Moore as being the utility men for the the Kings this morning. Looking first as Andersson, he’s had his share of adversity to overcome this season. While he was initially pegged for a role on the Kings third line, an injury towards the end of the preseason ended his chances for Opening Night, though he worked his way back into the lineup in late-October. A flare up to that injury knocked him back out of the lineup after three games in, and Andersson is now healthy and ready to return.

Whether that opportunity comes tonight or not, we will see. The situation with Athanasiou certainly complicates the issue a bit. McLellan was quick to note though that Andersson left the lineup due to no fault of his own, which makes him an easy choice to work back in when the time comes.

“When Lias came out, it was no fault of his own,” McLellan said. “His injury occurred again and we needed to make sure the second time that we weren’t coming back too soon. Then, the team started to play well and even on non-victory nights, we liked what we were doing, we just weren’t scoring a lot of goals. In fairness to him, he hasn’t been out because he’s been poor, he’s been out because he got hurt. When he does come back in, he’s a utility guy. He has a tremendous attitude, excellent attitude towards getting back in and wanting to contribute.”

McLellan added that there are similarities, in some ways, between Andersson and Moore. Both players have the versatility to play both center and wing, and both wing positions at that.

While that toolkit is almost always looked upon favorably, it can be challenging for the player sometimes when their role consistently changes.

“[Lias] can play all three forward positions, and I see Trevor Moore being that same guy,” McLellan said. “If we have two utility guys, that would be those two, although it’s hard to be that guy. It’s hard to be the guy that doesn’t find a home all the time, being with different players, different centers, in different positions, right, left, it’s hard to create chemistry. Lias going back in, if he does, will look to do that with a few players.”

On a day like today, when things change the morning of a game, the importance of players like Moore and Andersson becomes that much greater. Having guys who can slot all throughout your lineup, and effectively at that, is a good thing to have.

Drew Doughty skated today in a full contact, black jersey for the first time since returning to the team from injury. Doughty is still on injured reserve, he is not expected to play tonight, but he’s taken another step forwards towards his eventual return to game action.

“He had a doctor’s appointment yesterday and the doctor’s cleared him to take it up a notch,” McLellan said. “He’s going to be fully involved in the skate today, and our practices over the next little bit, and he’s getting closer to playing.”

Good signs for #8, who we hope to see back in a black game jersey soon.

Kings and Maple Leafs, tonight at 7 PM from STAPLES Center!