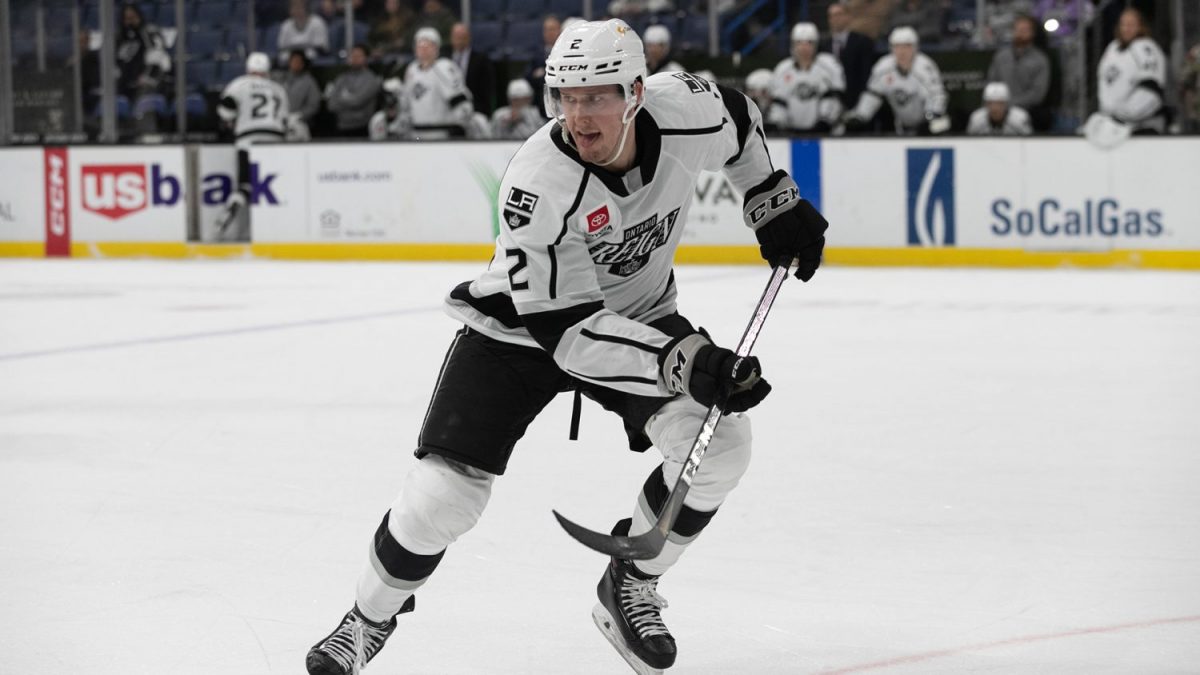 TONIGHT’S MATCHUP: The Ontario Reign host the Stockton Heat to begin a two-game showdown of the top teams in the AHL’s Pacific Division at Toyota Arena Sunday afternoon. Stockton is one of only two clubs in the league that has yet to lose a game in regulation, while Ontario’s 10 wins are the most of any team in the Western Conference. The Heat are perfect away from home with a 4-0-0 record, while the Reign are 5-0-1 at home in six contests.

WHAT TO WATCH FOR: Led by forward Martin Frk, the top scorer in the AHL, the Reign aim to overtake Stockton and reclaim first place in their division in the first of eight meetings between the teams during the 2021-22 season. Ontario has three skaters on the active roster with point streaks at three or more games including Frk, who has been on the scoresheet in seven straight. Forward Vladimir Tkachev has picked up at least one assist in all five of his games with the Reign, while TJ Tynan, who was reassigned to Ontario earlier this week, has posted points in four straight. The Reign rank first in the AHL on the power play with a conversion rate of 27.3%, while Stockton is fourth at 23.8%.

LAST TIME OUT: A bounce-back effort propelled the Ontario Reign to a 6-3 win on the road over the Tucson Roadrunners last Saturday night at the Tucson Convention Center. Led by forward Samuel Fagemo, who became the first Ontario player to record a hat trick this season, the Reign won for the ninth time in their last 10 games. Defender Sean Durzi also had a big night for Ontario in the victory, scoring two power play goals and adding two assists for his second 4-point effort of the 2021-22 campaign. In addition, forward Vladimir Tkachev picked up three assists and goaltender Garret Sparks earned the win with 27 saves.

FRK’S HOT STREAK: Reign forward Martin Frk carries a streak of six consecutive outings with multiple points into Sunday’s contest. At the outset of the month, the Pelhrimov, Czech Republic native was named the AHL’s Player of the Week for the first time in his nine-year pro career after recording 10 points in a 3-game span. The 28-year-old has stayed hot ever since, scoring a goal and an assist last Friday in Tucson before earning two helpers the following night. Overall, his nine goals are tied for the AHL league lead, while his 20 points are the most among active skaters. Frk is also tied for third with a +11 rating and has racked up eight power play points (3g, 5a).

FABULOUS FAGEMO: Forward Samuel Fagemo had his highest offensive output of the season last Saturday, scoring three times to earn the first hat trick for a Reign skater during 2021-22. The Goteborg, Sweden native, who had just three goals in the team’s first 11 contests, netted his first of the night on a one-timer in the opening frame before scoring off a deflection and a Tucson turnover in the first 12 minutes of the middle period to complete the trick. Now in his second season with Ontario, Fagemo’s six goals are the second-most of all Reign skaters this year and his +11 rating is tied for the team lead with Martin Frk and third-highest in the AHL.

SCOUTING THE HEAT: After losing its first game in overtime, Stockton won nine straight, setting a team record in the process, before falling in overtime in their most recent outing against Henderson last Saturday. Entering Sunday’s matchup, the Heat are at the top of the Pacific Division standings with a .909 points percentage. Forward Adam Ruzicka leads the way with 15 points in 11 games on nine goals and six assists. Attacker Jacob Pelletier has earned an impressive 13 points with five goals and eight helpers and Glenn Gawdin, who tied the all-time team scoring record last week, has 11 points (1g, 10a). Defender Nick DeSimone’s seven points (1g, 6a) are the most among the team’s blueliners. In net, Dustin Wolf is 5-0-2 in seven appearances with a 2.25 goals-against average and a .930 save percentage, while Adam Werner is unbeaten in four games with an even better 1.96 goals-against average.

TKACHEV HANDING OUT HELPERS: Vladimir Tkachev has shown off his skill since joining the Reign, earning assists in each of his first five career AHL games. The forward had one helper in his first appearance in Henderson before adding a pair of assists in wins over Bakersfield and Colorado on the first weekend of November. Most recently, Tkachev set up Martin Frk for his league-leading ninth goal of the season last Friday before adding three assists in Saturday’s 6-3 victory over Tucson. The Omsk, Russia native began his first pro season in North America with the LA Kings, posting two assists in four contests.

FAMILIAR FACES RETURN TO REIGN: Multiple roster transactions between the LA Kings and Reign this week will give Ontario’s lineup a different feel this week when the puck drops on Sunday. First, center TJ Tynan, who led the team with 13 points while playing in each of the Reign’s first eight games before earning a call-up, was reassigned to Ontario. Then forward Gabriel Vilardi, who has previously appeared in 36 games with the Reign during his pro career, was also reassigned on Tuesday. Finally on Friday, defender Sean Durzi, who was the top scorer among defenders in the AHL, was recalled by LA while Austin Strand was reassigned to Ontario. Tynan, Vilardi and Strand are all expected to be in the lineup for the Reign on Sunday.