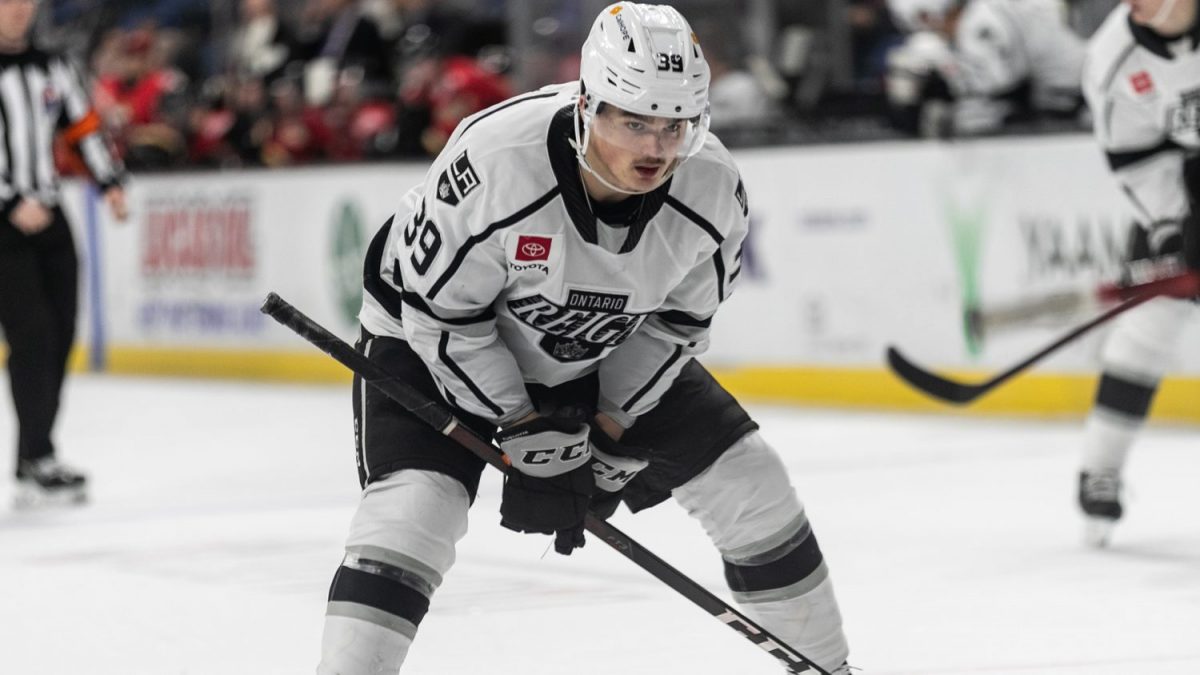 A 31-save performance from goaltender Dustin Wolf helped the Stockton Heat (10-0-2-0) extend their season-opening point streak to 12 games and hold off the Ontario Reign (10-2-0-1) by a score of 4-2 on Sunday afternoon at Toyota Arena. Reign goals were scored by forward Gabriel Vilardi, who played in his first AHL game of the year, as well as defender Helge Grans.

Ontario forwards Vladimir Tkachev and TJ Tynan both earned assists in the game to extend lengthy point streaks in the loss. Tkachev has helpers in six straight, while Tynan, who recently spent time in the NHL with the LA Kings, has points in five consecutive AHL contests.

Ontario took the lead first when Vilardi scored from Tynan at 14:33 of the first, but not long after, Stockton tied things at 1-1 on a goal by Jakob Pelletier at 16:31.

All three goals scored in the second came on the power play, but the Heat had the first two on loose rebounds in front of the Ontario net. Adam Ruzicka netted the first at 8:23 and Byron Froese got credit for the second at 13:05.

With just 5.8 seconds left in the middle frame, the Reign got back within a goal when Grans fired a shot from the point that redirected past Wolf. Tkachev had the first assist, while forward Samuel Fagemo was credited with the second helper on the play.

Ontario outshot Stockton 12-8 in the final period, but the Reign were unable to find an equalizer. Just before the final buzzer sounded, Luke Philp added on an empty-net goal for the Heat to make the final score 4-2.

Stockton had the edge in the special teams battle, finishing at 2-for-5 on the man-advantage while Ontario ended at 1-for-5. Goaltender Garret Sparks made the start for the Reign and totaled 28 saves in a losing effort. Ontario finished with a slim edge in shots on net, 33-32.

The two teams meet again on Monday night in Ontario at Toyota Arena. Puck drop is scheduled for 7 p.m.