By All The Kings Men
140 Comments
Share This Article 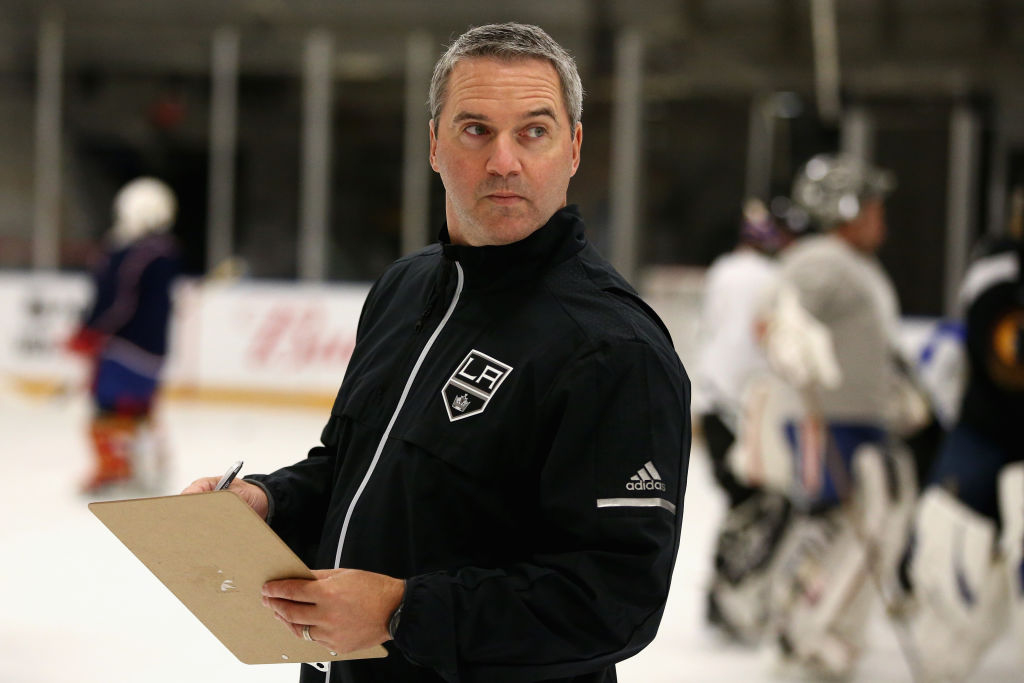 Bill Ranford and Zach Dooley join host Jesse Cohen to talk about all things goaltending including the burgeoning new department for the LA Kings. We also bring you the conversation Jesse and LA Kings PA Announcer Trevor Rabone had about the OT win against the Devils Friday night and crown a new King of the Week.

Bill Ranford on having two, reliable goaltenders right now
Yeah, the biggest [thing] we’ve had here in LA is that Jonathan Quick has been the number-one guy here for as long as he’s been, it’s been a luxury that we’ve had. Now, we have Cal knocking on the door, but we’ve been very fortunate and kudos to Quickie for being able to play for that long and be that dominant guy for as long as he has been. Now, we’re in a situation where we have two guys that we can feel comfortable to go to.

On if one goalie is playing better, it can make the other better a well
One-hundred percent, it’s huge. I think when both guys are giving us good games, even though they’re friends and teammates, they’re still both two, competitive guys and they push each other to bring out the best. That’s not a bad thing to have happen.

On how much he talks to the defensemen and works with the defensemen in practice
All the time. We’re working as a unit, whether you have 6, 7, 8 defensemen, two goalies, we’re a group of ten. We have to work together, we have to understand what the goalies are comfortable with. You’ll see sometimes, during a game, where a goalie will go to the bench, they’re talking to the [defensemen], there might be a situation that happened during a game that either the D weren’t comfortable with, or the goalie wasn’t comfortable with and you talk it out on the spot. That’s my job, and Trent [Yawney]’s job in practice, making sure that we’re on the same page.

On how the Kings choose a starting goaltender
There’s a lot that goes into it. We’ll look at analytics head-to-head, how the guys are playing at that particular time of the year, what kind of schedule we have ahead of ourselves. There are a lot of things that come into play. Sometimes, there’s just a gut feeling, there’s no exact equation for how it’s going to happen. Todd’s the head coach, Todd makes the decisions and we as a staff can make suggestions, but the bottom line is that Todd is the head coach and he’s the guy deciding.

A couple more articles to follow today, Insiders! We’ll have a mid-trip Angeles Analysis, with a look at the Toronto and Montreal games specifically, as well as a feature story on the Ontario Reign goaltending thus far, which has helped lead the team to a 9-0-1 record here to start the season.