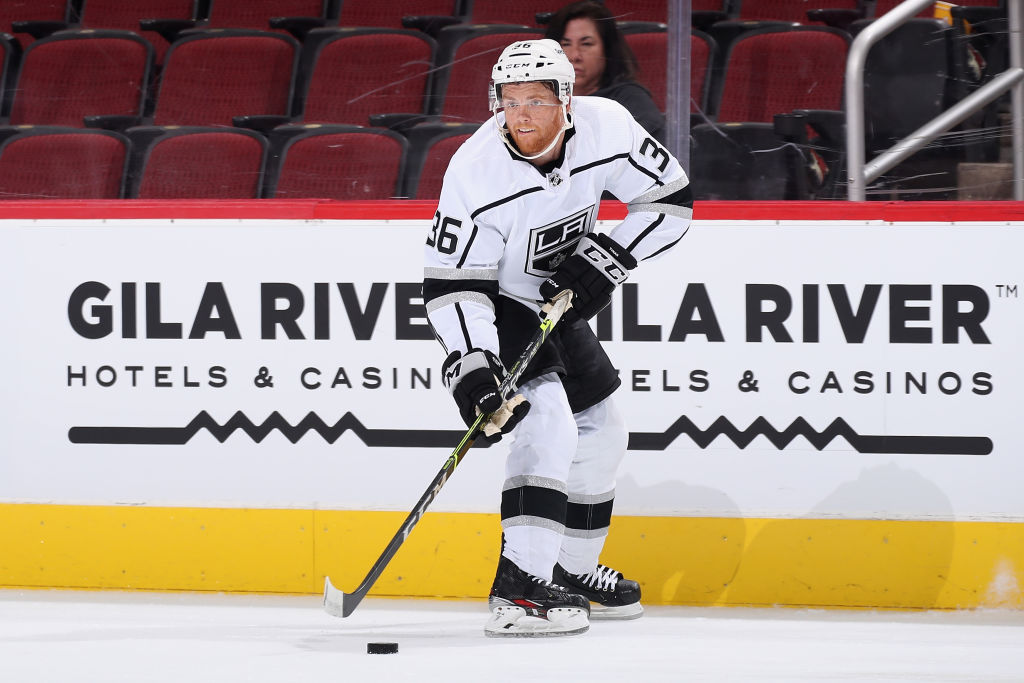 The LA Kings announced a series of roster moves this morning, including the recall of forward TJ Tynan from the AHL’s Ontario Reign.

Additionally, the Kings reversed the four moves they made yesterday, with defensemen Kale Clague and Austin Strand rejoining the active roster and forwards Alex Turcotte and Vladimir Tkachev returning to Ontario. The moves yesterday were made in conjunction with placing defenseman Drew Doughty on injured reserve. The result was the Kings having just five defensemen on the active roster, indicating that further action was coming, hence today’s reversal.

Clague has earned his spot amongst the six defensemen dressed with a strong opening three games of the season. Clague has points in each of the three games he’s played, all primary assists, and has found a home on the team’s top power play unit in the absence of Doughty and Sean Walker. Strand has skated in two games with the Kings so far this season and remains an option as the team’s current seventh defenseman.

The addition of Tynan brings the reigning AHL MVP into the mix at the NHL level and a player who picked up right where he left off when he joined Ontario. Tynan had 13 points (3-10-13) from eight games played with the Reign, helping to lead the team to a 7-0-1 record to open the season. Tynan’s ten assists are the most amongst all players across the league, with his 13 points ranking second, one shy of the league lead. Tynan is also tied for second in the AHL with a +7 rating and no player has more power-play points than Tynan’s seven.

Clague, Strand, Tynan and the Kings hit the ice later this morning in advance of the homestand finale this evening against New Jersey. A full game preview to follow here on LAKI, after we hear from Todd McLellan later on today.

John Wroblewski on Tynan, 10/26
There’s not a ton of instruction that goes along with him. He’s earned the right to coach on the fly a little bit and lead on the fly. I can’t say enough about his effort thus far. After being around him for training camp and a few games so far, it’s been awesome having him.

Wroblewski on Tynan, 10/15
He’s the type of player that’s not content to just be in the AHL. He’s going to push to be his best and I think the defining characteristic of TJ is that he just makes everybody around him better. Whether that’s him making a slip pass to his linemates or buzzing through the neutral zone or the offensive zone always demanding the puck. But also, it’s his infectious work ethic, his tenacity, his desire to win and be a leader, those are the things that are ultimately going to rub off on guys. 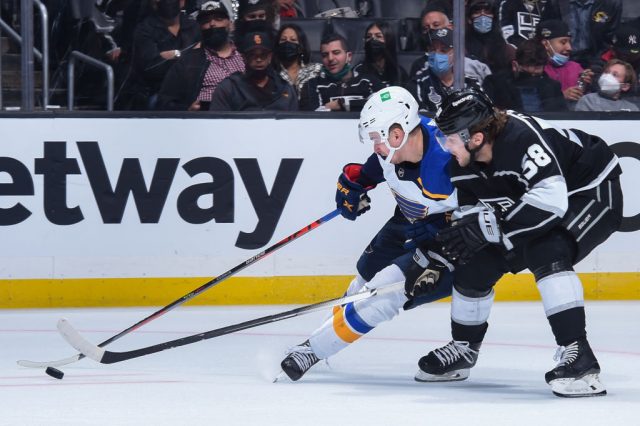 LOS ANGELES, CA – NOVEMBER 3: Kale Clague #58 of the Los Angeles Kings battles for the puck during the second period against the St. Louis Blues at STAPLES Center on November 3, 2021 in Los Angeles, California. (Photo by Juan Ocampo/NHLI via Getty Images)