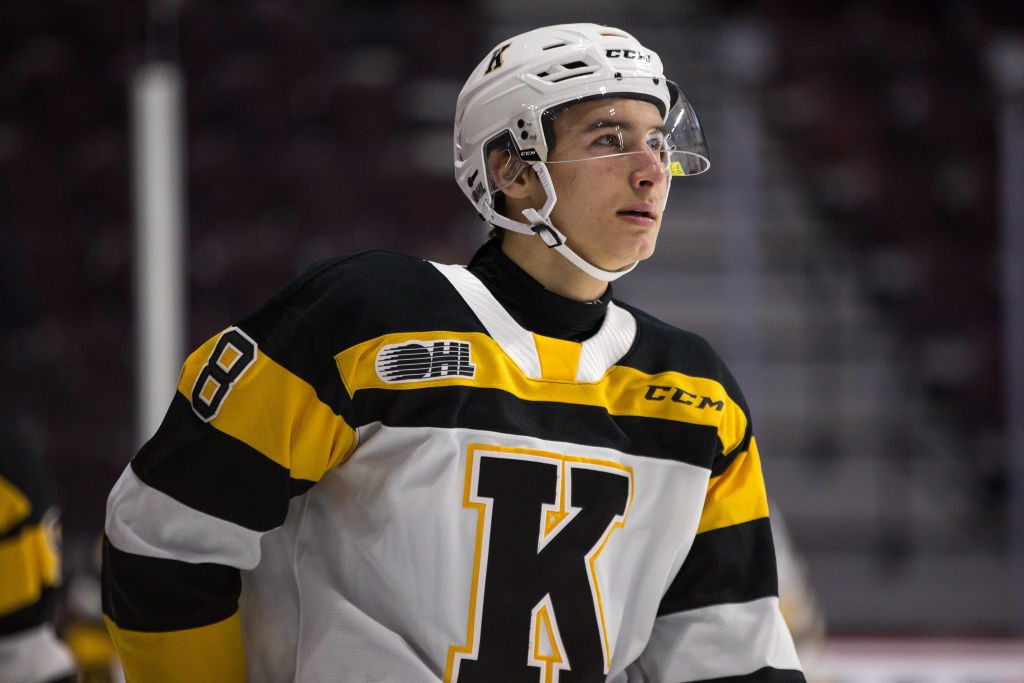 Entering the 2020 NHL Draft, Martin Chromiak was certainly not projected to go in the fifth round.

The 30th ranked North American skater, Chromiak’s name was around those selected in the first two rounds of the draft. Now, just over one year after falling well below his expected draft position, Chromiak has not let that deter him from making some serious strides in his game. On September 30, Chromiak signed his entry-level contract with the Los Angeles Kings and became just the fifth, fifth-round pick from the 2020 draft class to sign an ELC with their respective team.

For many prospects and NHL hopefuls, being drafted into the NHL is just the beginning. The same goes for Chromiak, who hopes he’s just getting going in his career.

When the Ilava, Slovakia native was selected 128th overall in the fifth round, it did not sit well with the offensively gifted winger. Consistently projected to be a second or third-round draft pick across draft boards in 2020, Chromiak too had higher expectations than to be selected where he did.

“After the draft, I was disappointed because I had bigger expectations,” he told LAKingsInsider. “Obviously, it was a great experience to be drafted and I’m so happy to be drafted by the Kings, but it is always on my mind to prove that I should’ve been a higher draft pick.”

While the disappointment of where in the draft he was taken continues to be a driving force behind his motivation, the team that selected him has seemingly found a diamond in the rough.

As they say, “actions speak louder than words,” and those actions led to the diamond (Chromiak) and General Manager Rob Blake putting pen-to-paper and officially signing Chromiak to a three-year, entry-level contract worth an average annual value (AAV) of $838,333.

That inking of Chromiak’s ELC followed a very impressive rookie showcase in Arizona and an eye-opening development camp and training camp. The 19-year-old winger even made his NHL preseason debut, turning some heads in the process.

“I thought my development camp was really good and it was a great experience, especially because we didn’t have one last year due to COVID-19,” he said. “It was a great first experience in Los Angeles. It was fun and I felt good on the ice.”

Not only was development camp and a brief experience during main training camp a successful one for Chromiak, but it was a dream come true for the young forward. His present-day life gave him flashbacks to the days when he was 12 years old, watching his now training camp teammates hoist the Stanley Cup in 2014.

“It was great being in the same locker room as some of the players that I grew up watching on TV back in Slovakia as a kid,” he recalled. “I remember watching them win the Stanley Cup with [fellow countryman] Marian Gaborik in 2014. It was like a dream to be in that locker room.” 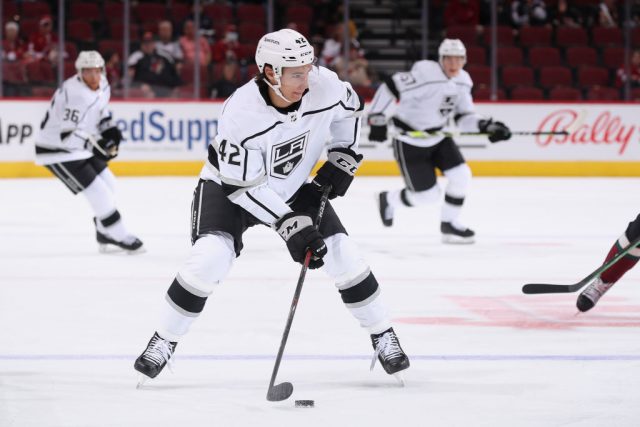 Following his camp departure, Chromiak took those positive feelings North of the border and has continued to excel in the OHL with the Kingston Frontenacs. As one of the most offensively gifted players on his team, skating with top draft-eligible prospect Shane Wright, Chromiak is certainly in a position to start the season with a bang.

Before we dig into present day, however, a lot has happened since the right-shot winger was last in a Frontenacs jersey, all the way back in the 2019-20 season. Chromiak, like the rest of the players in the OHL, hadn’t played as a team since the COVID-19 shutdown in March 2020.

Furthermore, their coaches hadn’t seen them up close since the pandemic began either. Kingston Head Coach Luca Caputi, who was an assistant coach during the 2019-20 season, has since noticed a few big changes in his Slovakian winger.

“We haven’t seen him in 18,19 months so the first thing you notice is he left us as a boy and came back a man,” Caputi said, in an interview with LAKI. “He’s come back a lot stronger and you can really see it in his skating ability and his off-ice workouts. He’s able to fight off checks in games and in practice. He’s really matured too, and that’s a big part of junior hockey. That’s something we weren’t a big part of due to the pandemic, but it’s great to see since he’s returned to Kingston.”

That physical growth off the ice has made Chromiak’s game on the ice even more dangerous. According to Caputi, Chromiak has two personalities.

Off the ice, “[Chromiak] is a very humble kid who was brought up the right way and extremely friendly at the same time.” That humble and friendly 19-year-old became even more evident when I asked him about his goals for the season. He didn’t go straight to any personal goals – It was all about the team.

That second personality that Caputi referenced is Martin Chromiak on the ice, a lethal and deadly offensive player.

Described as a game-breaker by Caputi, Chromiak “is a dynamic shooter and plays the game inside the dots for the most part……when he’s at his best, he has the ability to score off the rush, score in-zone, create plays for his teammates and has a high-level IQ. There’s a lot to like about his game.”

With championship aspirations, Chromiak, Caputi and the Frontenacs set have their bar set high and for good reason. With depth and a top line consisting of Chromiak and Wright, both player and team are off to a strong start to the season.

Chromiak has tallied six points (2-4-6) in six games thus far and ranks second on the team in shots on goal (27). Kingston has won four of its first six games and is currently amongst the league leaders in points early on in the process.

Team success typically breeds individual success, and so far this season, it’s been good things on both fronts for Chromiak. Armed with his first professional contract, an exciting campaign lies ahead. 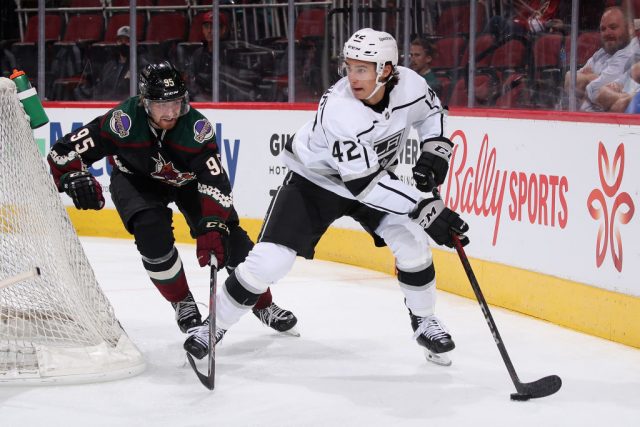 By Jared Shafran
170 Comments
Looking to the Future

When the Kings drafted Francesco Pinelli with the 42nd pick in the 2021 NHL Draft, they didn’t just select a