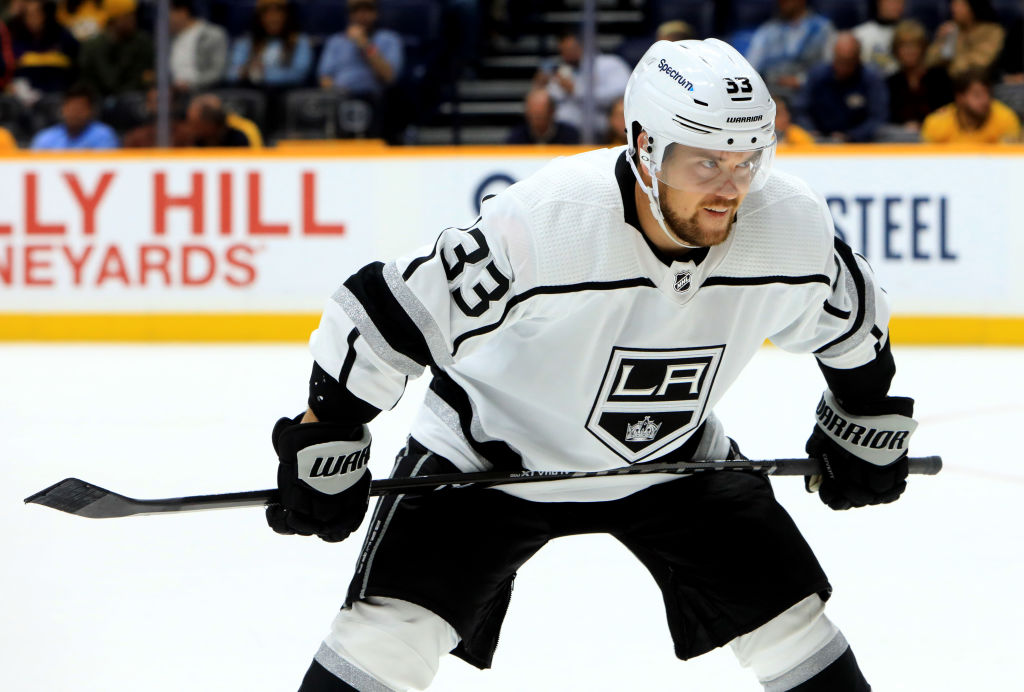 The LA Kings fell by a goal for the second consecutive game, with a 2-1 defeat in Nashville.

The Kings once again got a goal from Anze Kopitar, who has found the back of the net in all three of the games played so far this season, but conceded twice in less than four minutes early in the third period to fall short in their first road contest of the season.

Cal Petersen was the story of the first two periods, as he stopped all 23 shots he faced, including a breakaway, a penalty shot and a couple of looks on the power play.

The Kings also scored the only goal of the opening 40 minutes, as forward Anze Kopitar used his size and strength to create room down the left wing, and fired inside the far post, past Nashville netminder Jusse Saros. Dustin Brown and Drew Doughty collected the assists on Kopitar’s league-leading fifth tally of the season.

It was Nashville that scored twice in the first five-plus minutes of the third period, however, to take its first lead of the evening. 67 seconds in, the Predators converted on the man advantage, with Matt Duchene collecting a rebound and burying top shelf for the goal. Just under four minutes later, the hosts capitalized again, this time through Tanner Jeannot, who buried a Colton Sissons pass at the back post for a tap-in finish.

The Kings did get some looks down the stretch, but were unable to find an equalizer, in a game that, as Todd McLellan notes below, came down to game management.

Hear from forward Phillip Danault and McLellan below.

Danault on the teams play tonight in Nashville.#GoKingsGo | @LAKings pic.twitter.com/jWI9o2nNfo

Todd McLellan
On the change in the team from the second period to the third
It changed in the second. The first period wasn’t a good period for us, we never had the puck. The referee would drop it and we’d chase it, we never won any faceoffs and we were behind. We fixed that a little bit in the second period, we had the puck a lot more, until about the last three minutes and then game management got in the way. We extended shifts, they got in behind us, we’d take people on 1-on-1 at the blueline and turn it over, didn’t handle a 1-on-1 real well, took a penalty with two seconds left in the period. That’s all game management, that’s something that should be clean for a lot of the players that were involved in those situations, they’re not young players anymore. I thought the last three minutes [of the second] set up the first four minutes of the third and against a team that checks the way they do, their goaltender, it’s tough to come back.

On how you improve on game management
You can get players tired and put them in situations when they have to think, or get a line change, but you can only practice that so much. It’s experience, it’s understanding game situations. Usually, if you’re tired, the other four are tired and there’s no reason you should be going 1-on-1, there’s no reason why we should be pinching in some situations, letting people get in behind us, no reason we should take a penalty, you should know the clock. We shouldn’t be taking a penalty with two seconds left in a period. 20 seconds? Maybe. Two seconds? No. Those are all manageable moments in my mind.

On the play of the Grundstrom – Lizotte – Kupari line tonight
Lizzo, Grundy and Rasmus had a real good night. I consider them our third line, quite frankly, they had a good night. They played hard, they played fast, they had some chances, they didn’t give up much defensively, I thought there was some physicality with them, no complaints with those three.

On Kopitar using his shot like he did on his goal
Kopi just does so many things well, and everybody cries out for him to shoot the puck a little bit more, we’re trying to get him to shoot a little bit more. He’s pretty savvy with when he should or shouldn’t use it and tonight he surprised the goaltender with a real good shot in a good spot and he was rewarded for it.

– Forward Anze Kopitar scored his team-leading, and league-leading, fifth goal of the season. The Slovenian-born center is tied at the top of the league in both goals and points, and has collected a goal in three straight games to begin the season.
– Defenseman Drew Doughty collected the secondary assist on Kopitar’s goal, giving him six on the season. Doughty is tied for the league lead amongst all skaters in assists so far this season.
– With the primary assist on Kopitar’s goal, forward Dustin Brown now has three points from three games played.
– Goaltender Cal Petersen made 29 saves on 31 shots on the evening, on his birthday. The now 27-year-old has a .929 save percentage across two games played this season.

The Kings are traveling to Dallas this evening, and are scheduled to take the ice at noon local time from Texas.