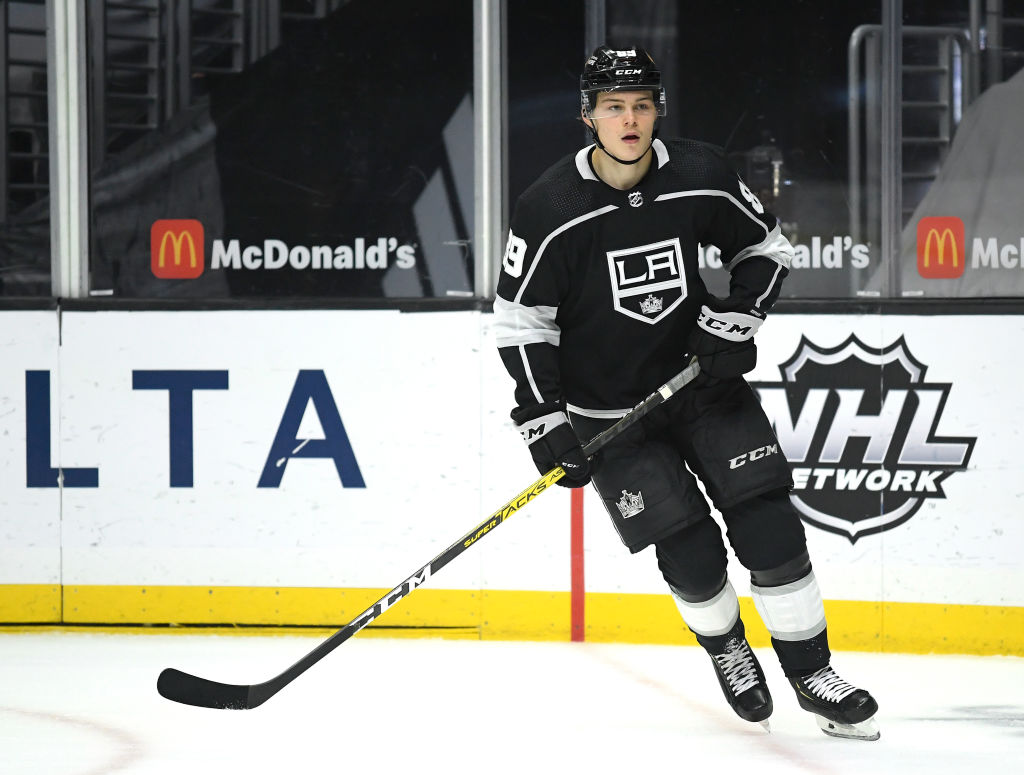 A formal game preview to follow here, later this afternoon, but the Kings announced five roster moves in advance of today’s game, many of which have an impact on the potential lineups this evening for both the Kings and the Ontario Reign.

Todd McLellan confirmed that Kupari will make his season debut this evening against Minnesota. From this morning’s skate, Kupari will be expected to play right wing on a line with Blake Lizotte and Trevor Moore.

The team’s first-round selection in 2018 made his NHL debut with the Kings during the 2020-21 season. He appeared in seven games with the big club and scored his first NHL goal on May 8 against Colorado. Kupari also played in 32 games with the Ontario Reign, posting 23 points (8-15=23) and a plus-4 rating. Among team-leaders with the Reign, he ranked third in points and points per game (0.72, minimum 15 GP), and tied for third in assists.

Andersson has been out of action since he suffered a groin injury during the team’s final game of the preseason. Maatta had been placed on injured reserve to start the season, stemming from a hit he took in the team’s preseason game at Vegas, and has skated with the team over the last several days, leading to today’s official activation. Maatta is not expected to check into the lineup this evening against the Wild.

Wolanin will get an opportunity in Buffalo to potentially get more of a look at the NHL level. The Sabres are currently in action against Arizona, with Wolanin’s first opportunity there coming on Tuesday. Buffalo visits Southern California at the end of the month, including STAPLES Center on October 31.

More to come, including quotes from both McLellan and Kupari from earlier today, with our full preview on LAKI.