With his “best roster to date”, Rob Blake has Kings in position for improved 2021-22 season 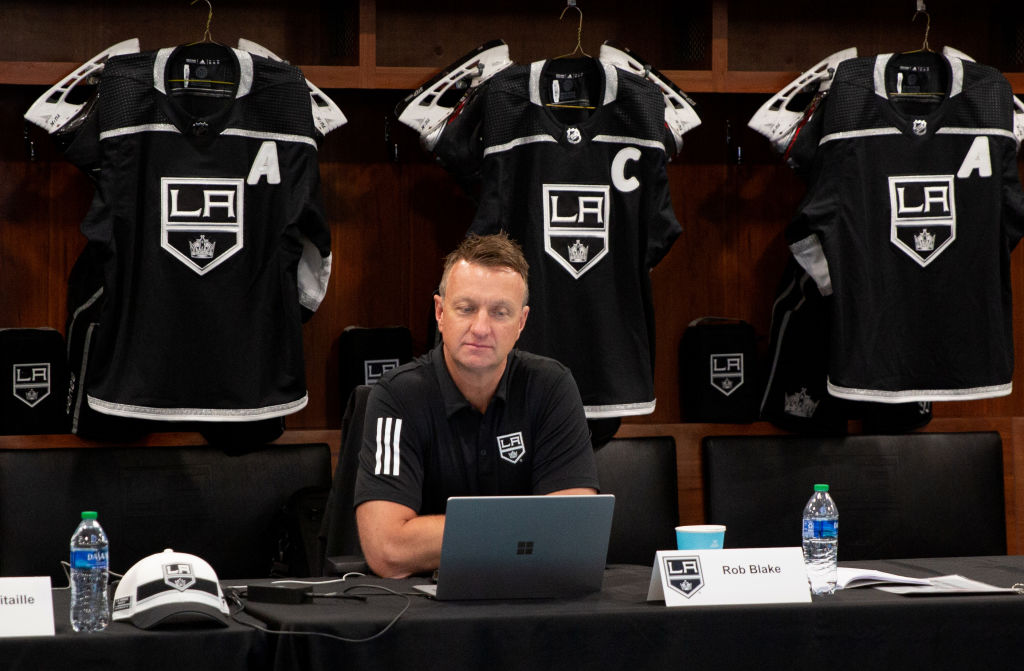 As I sat down to write this story, I went back and forth for awhile on the direction I wanted to go.

Last season, this story was a straightforward direction. It was management, coaches and players saying that their goal was to make the postseason. If you think about it though, shouldn’t that be a given, rather than a story?

What team isn’t entering a season expecting to make the postseason? If you aren’t trying to make the playoffs, you shouldn’t be competing in the NHL, and that’s kind of the point.

“This organization has to get better, we’re moving forward,” Todd McLellan said. “The ‘playoff’ word should be used in every locker room right now, of course. We need to improve before we declare ourselves playoff ready. Are we capable of it? I think we have the right players to do it, but can we get our game together quick enough, and maintain it long enough, over the season to compete for that, we’ll figure that out as we go.”

So, we’re going to go another route.

Instead, we’re going to talk about why the Kings are better equipped to make the playoffs. The Kings made moves throughout the offseason with one goal in mind – getting better. Now, on the eve of the regular season, the Kings are a better team on paper than they were when they closed out last season in mid-May. Offseason acquisitions, growth of younger players and enhanced internal expectations have changed the narrative around this team heading into the season.

Behind us are the days of tearing down what once was, to make way for what is to come. Now, the Kings have shifted their organizational focus towards building back up, and we’ll see how those plans have come into fruition as we begin the regular season tomorrow evening at STAPLES Center.

“I think you’d say it’s the best roster to date, as far as being able to have success and win,” General Manager Rob Blake said, when asked if this is the most excited he’s been about a team exiting training camp. “I think, that year [2018] after the playoffs, there was a transition that we knew we were going to get into eventually but it came along a little bit quicker than we imagined. Over the last couple of years, our on-paper roster, the fitting in of some young guys, the excitement of some of the younger players, where players are situated in the lineup, I think it starts to breed towards winning games.”

At this point in the process, all we can do is point to how things look on paper. We saw glimpses, both in good and in bad, of what things might look like in the preseason. We saw Viktor Arvidsson slotted in as a first-line winger, we saw a 1-2 punch at center of Anze Kopitar and Phillip Danault, and we saw how the skillset of Alex Edler complements that of Sean Walker. 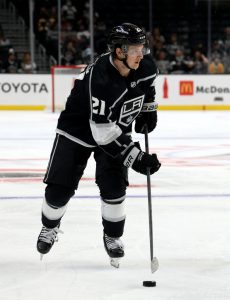 That’s maybe how we all saw things playing out on paper, focused on those players in those roles. The cherry on top for the Kings is how that group of three offseason acquisitions became four, with the individual who McLellan called his biggest surprise of training camp earlier today, in Vladimir Tkachev.

Speaking with Blake, he credited Christian Ruuttu, head of pro scouting for the Kings in Europe, as tracking Tkachev with his team overseas. As a part of the process of scouting potential free agents in Europe, the Kings cast a wide net, with a longer list of players throughout the season, with certain players, Tkachev included, becoming an eventual target and acquisition.

“It’s been a couple of years in the process,” Blake said. “Establishing a relationship with him over there, and his agent, understanding his contract, his duties with the KHL. Then, you follow the progress, you have your reports from your pro scouts, you continue and when the time comes that he would be available to come over here, that’s when the push came this summer.”

The former three players were the direct example, and Tkachev was perhaps the unexpected boom, but the Kings had that one, singular focus when constructing the 2021-22 roster. Improvement.

The additions to the roster are the primary way to do that, but team structure and mentality play into it as well. McLellan and players throughout the lineup have discussed the team’s aggressive mindset entering the season.

“We discussed, throughout the summer, ways to get better, whether it’s systems, players, a bunch of different options,” Blake said. “When the themes come up, whether it’s an aggressive theme, the forecheck, it’s how we’re going to deliver that message, not only to the players but in general. It’s constantly discussed, agreed upon, and we’ll find a way to execute it.”

The natural follow-up there is what came first, the chicken or the egg?

Did the Kings enter the offseason, with a goal to play a certain brand of hockey, and go out and acquire the players they felt would best fit that vision? Or was the focus first on acquiring the NHL-caliber talent and then seeing what type of structure would best fit that personnel. From Blake’s perspective, which is the one that counts, it was the latter. 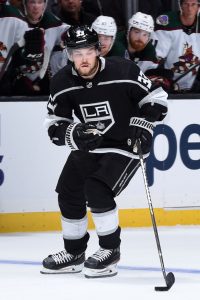 “I think the strategy comes after,” he said. “We targeted trusting, reliable, NHL players. We knew we had a surplus of young players coming in and year after year, you look to inject a few of them at different times, but we felt we needed trusting, NHL quality players and we went after that. The strategy, the gameplan is a continuation of what we’ve got to work with.”

Now, lastly, comes the execution of the plan.

The pieces are in place, the structure and mentality are both in place and now it’s time to execute.

From Blake’s perspective, the interim work is mostly done, at least in terms of adding major pieces. It’s never done with a long-term focus, but if your short-term focus is on the first game against Vegas, there’s not much that the person within the organization with the longest focus can do to impact things.

Blake confirmed that all moves made during the season would be with a focus on improving the LA Kings, consistent with the moves made by the organization over the summer.

In the interim, though, the onus shifts onto the players and coaches to deliver on the increased expectations entering this season, and there is an internal belief that the group is capable of exactly that. The first opportunity in that process comes tomorrow evening when the Kings host the Vegas Golden Knights, one of two winners from the first night of games yesterday.

From there, we’re heading into the heart of the schedule, with a focus on improving with each passing day, and the ultimate goal, yes, of reaching the postseason.

Without one of those big, sweeping declarations, the Kings are better on paper than they were at this point in last season. How that ultimately pans out? We’ll see you for puck drop at 7:30 PM tomorrow! 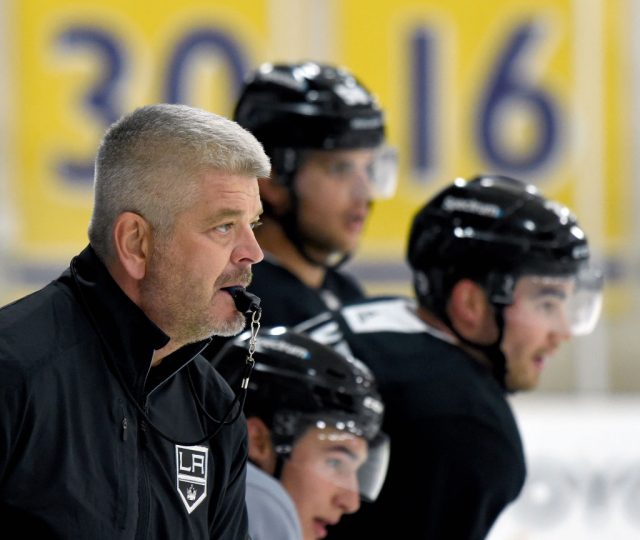 By Zach Dooley
130 Comments
Behind the Scenes