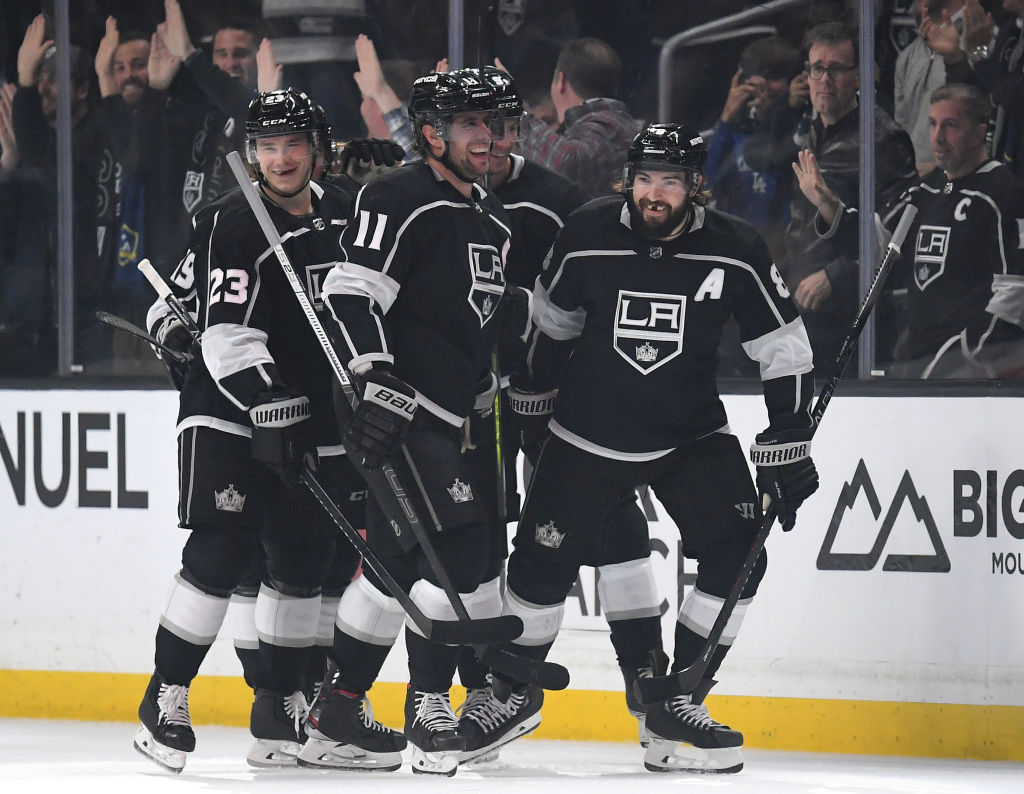 The Kings are officially down to the magic number of 23, submitting their opening-night roster of 14 forwards, seven defensemen and two goaltenders. The roster is as follows –

To get down to 23, the Kings placed forward Andreas Athanasiou and defenseman Olli Maatta on injured reserve. Athanasiou is retroactive to September 25, while Maatta is retroactive to October 2. Forward Quinton Byfield, who suffered a fractured left ankle on Tuesday, was placed on injured reserve on Wednesday. Additionally, forward Akil Thomas has been designated as injured/non-roster. Thomas has been injured since training camp begun, and has not yet skated with the team.

Keep in mind, that the Kings are able to make changes here between now and Thursday, pending the statuses of Maatta and Athanasiou, as well as Lias Andersson, who did not skate yesterday with a lower-body injury. Andersson is currently day-to-day, and Todd McLeLlan was hopeful yesterday that he could be available on Thursday. Maatta has returned to practice with the team, as he continues his recovery from an injury he suffered against Vegas on October 1.

Several Kings players are in line for potential milestones on opening night, as well as throughout the season. Forward Vladimir Tkachev could make his NHL debut on Thursday, while Viktor Arvidsson, Phillip Danault and Alex Edler are in line to make their Kings debuts on that night as well. Dustin Brown is set to begin his 18th season with the Kings, the most of any player in franchise history, while Anze Kopitar will enter his sixth as the team’s captain.

Entering the season, defenseman Drew Doughty is 25 games away from 1,000 for his NHL, regular-season career, while Edler is 75 shy. Doughty would be the first player from the 2008 Draft Class to reach 1,000 games while becoming the fourth player to play 1,000 games with the Kings. Head Coach Todd McLellan is 68 games away from 1,000 coached in his NHL career and 16 wins shy of 500 as an NHL bench boss.

The Kings are scheduled to hit the ice at 11 AM today, for their penultimate practice in advance of the first game of the regular season. We are expecting to hear from General Manager Rob Blake this afternoon, with a story on season expectations to follow on Wednesday, with notes and quotes also to come following today’s skate!