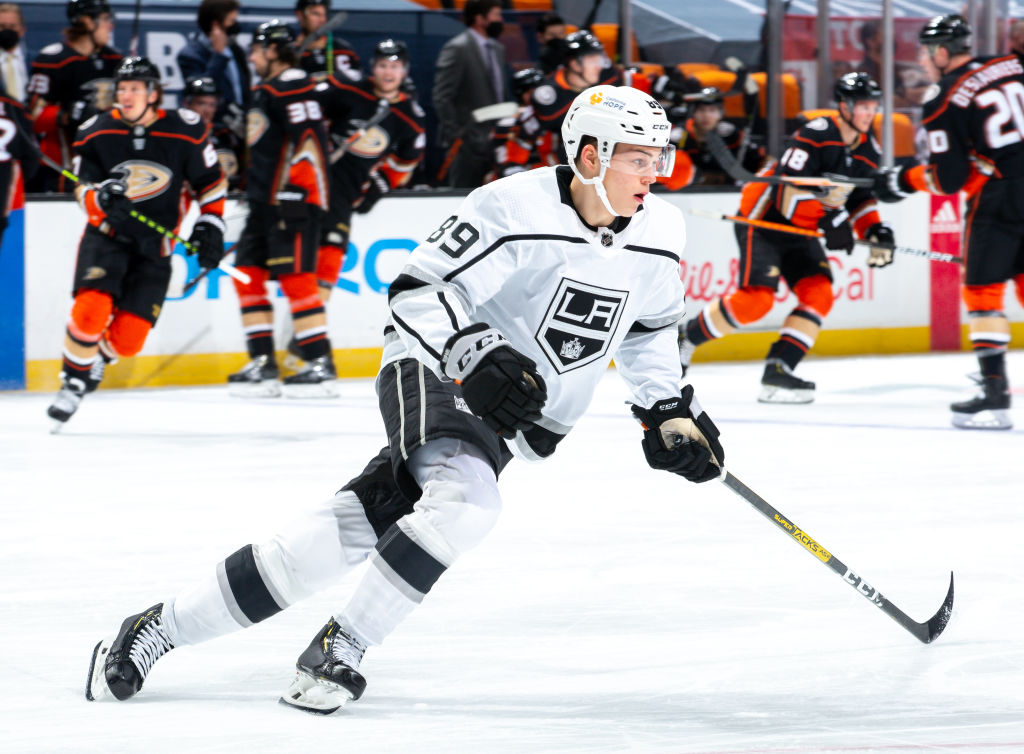 Insiders! We’ve reached the penultimate preseason game of the 2021 slate for the LA Kings, and the final road contest of the seven scheduled. The Kings will faceoff against the Anaheim Ducks this evening from Honda Center in Anaheim, completing a back-to-back overall, and beginning a run of two straight between the So-Cal rivals.

The Kings will dress a younger lineup tonight than we saw last evening at STAPLES Center. Veterans like Anze Kopitar and Drew Doughty check out, while younger players such as Jaret Anderson-Dolan and Austin Strand enter in. This was pre-planned, to avoid playing the veterans in a back-to-back situation during the preseason. As noted earlier, forward Quinton Byfield will miss out tonight, and for the immediate future, with a left-ankle fracture. Byfield is our indefinitely. Without him, an opportunity presents itself for several bubble players to showcase their abilities in what could be their final exhibition opportunity.