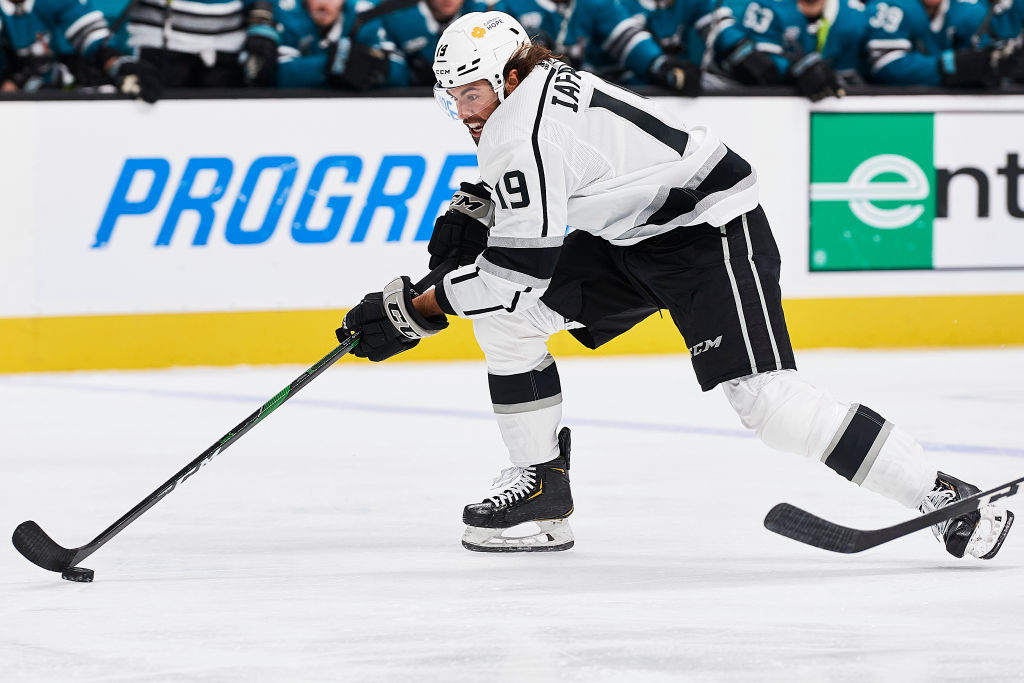 TONIGHT’S MATCHUP: The LA Kings are back in action this evening, with a trip to San Jose for the second game of the 2021 preseason. The Kings enter tonight’s action off of yesterday’s 2-1 defeat in Arizona in their preseason debut.

HEAD-TO-HEAD: Tonight will be the only meeting of the preseason between the Kings and Sharks. Last season, the Kings were led by forward Dustin Brown, who had nine points (4-5-9) from eight head-to-head matchups, while forward Alex Iafallo and defenseman Drew Doughty had seven points apiece. Brown and Doughty are not expected to play tonight, but Iafallo appeared slated to make his 2021 preseason debut this evening in the Tank.

KINGS VITALS: After yesterday evening’s game in Arizona, expect to see a completely different group of 20 players on the ice tonight in San Jose. The rotation gives the coaching staff and management team the opportunity to see 40 players in at least one preseason game early, helping with sample sizes for evaluation.

Last night’s lineup saw the Kings mix several prospects into the lineup, many of which for the first time at the NHL level, alongside some mainstays from last season’s team. Adrian Kempe, Sean Walker and Trevor Moore were last night’s most-experienced players, with others such as Mikey Anderson, Carl Grundstrom, Jaret Anderson-Dolan and Brendan Lemieux also NHL regulars from last season who played.

As noted yesterday, NHL teams are required to dress eight “veterans” for each preseason game. Though the rules may be different considering the COVID-shortened season, a veteran is any player who appeared in 30 or more games the season prior, or a goaltender who appeared in 30 or dressed in 50. Players with 100 career NHL games, or first-round picks, also count towards the number.

The Kings skated in two groups today, similar to yesterday, with half of each group coming off early during both skates. Yesterday, that observation equated to the group that traveled to Arizona, and the expectation is a similar situation today.

Here is the group of players that were both off early and did not play last night in Arizona, which we’ll call our expected game group for tonight in San Jose.

The Kings lines from this morning can be found HERE, but are not an indication of tonight’s lineup.

Yesterday evening, McLellan elected to split the goaltenders, with Cal Petersen playing the first 34 minutes and change, and Matthew Villalta playing the final 25-plus, as well as the practice shootout. Tonight’s goaltenders are expected to be Jonathan Quick and Garret Sparks, who led Group A and Group B off the ice this morning respectively.

“We’re going to see how everybody feels in that situation, but I believe we’re going to split,” McLellan said, in advance of Monday’s game. “I hate to commit and tell you one way or the other, because we could change our minds, but I’ll rely on Billy [Ranford] and Matty Millar to get a sense of how the goaltenders are feeling, and if we should continue or put someone else in.”

SHARKS VITALS: San Jose enters tonight’s action with a pair of preseason games under its belt, a 6-3 loss against Anaheim and a 4-2 win over Vegas, all from split-squad action on Sunday. Nick Bonino, Rudolfs Balcers and Jasper Weatherby paced the Sharks with a goal and an assist apiece from their first set of games.

San Jose made their first large wave of camp cuts yesterday, subtracting 19 players from their roster, bringing them down to a total of 46. The Sharks assigned eight players to the AHL’s San Jose Barracuda, seven players to their junior clubs and released two others from their ATO’s. The full list of SJ cuts is available here.

Per Kevin Kurz of The Athletic, expect to see goaltender James Reimer get the start tonight in goal for the Sharks. Meanwhile, Curtis Pashelka of Mercury News had the following alignment during morning skate.

– Preseason games without Anze Kopitar usually consist of three players wearing an “A” on their jersey. Last night that trio was Adrian Kempe, Trevor Moore and Sean Walker. If you look at the group currently projected to go to San Jose, I’d expect to see Alex Iafallo and Matt Roy with a letter tonight, along with perhaps Blake Lizotte.

– Last notes on yesterday’s game. The Kings controlled 59 percent of shot attempts, 58 percent of scoring chances and 47 percent of high-danger chances. Expected goals had the game virtually tied at even strength, and Arizona a slight winner when factoring in all situations. And that will be the last time we reference advanced stats on Game 1 of the preseason.

– Last night was a great opportunity for players to get their first taste of NHL action. Five players – Martin Chromiak, Alex Turcotte, Helge Grans, Jacob Moverare and Cade McNelly – played in an NHL game for the first time. As McLellan spoke on the other day, these first two games are an opportunity to see certain players in NHL action, especially those on the younger side. For Grans, Chromiak and McNelly especially, who haven’t played a full season in the AHL, good on them for their efforts.