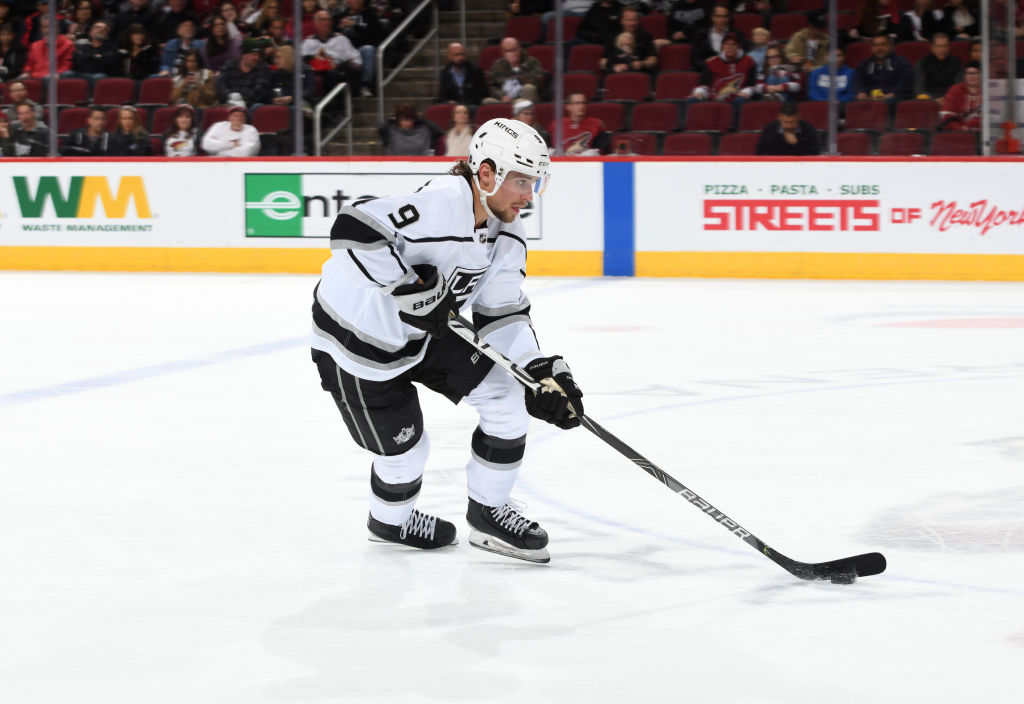 TONIGHT’S MATCHUP: The LA Kings begin their 2021 preseason slate this evening at Gila River Arena in Glendale, AZ with a matchup against the Arizona Coyotes. The Kings will play a total of seven exhibition games, with tonight being the first of four scheduled road games.

HEAD-TO-HEAD: The Kings and Coyotes will play once in Arizona and once in Los Angeles this preseason, with the return meeting scheduled for October 5 at STAPLES Center. Last season, the Kings were led by forward Anze Kopitar (2-6-8) and defenseman Drew Doughty (1-7-8), with eight points apiece from eight games played, but neither player is slated to play this evening. We do know that forward Adrian Kempe is scheduled to play, and the 25-year-old winger tallied five points (1-4-5) and a +1 rating from head-to-head games a season ago.

KINGS VITALS: The Kings are unlikely to feature a veteran-laden lineup this evening against the Coyotes, with the top of the lineup guys like Kopitar, Doughty, Dustin Brown, Viktor Arvidsson, etc not slated to play tonight. Todd McLellan noted yesterday that he expects forward Adrian Kempe to be his most senior player at tonight’s game, with Kempe now a veteran of 312 NHL games.

NHL teams are required to dress eight “veterans” for each preseason game, which McLellan said the Kings will match, just with younger veterans. Though the rules may be different considering the COVID-shortened season, a veteran is any player who appeared in 30 or more games the season prior, or a goaltender who appeared in 30 or dressed in 50. Players with 100 career NHL games, or first-round picks, also count towards the number.

“Probably the most senior player will be Adrian Kempe, he’ll be in the lineup, and after that it will trickle down from there,” McLellan said yesterday. “You won’t see Kopi, Brownie, Doughty, even Arvidsson and Edler won’t play. There are rules that you have to dress a certain number of veterans, and we’ll have that quota filled, but it will be filled with young veterans.”

The Kings skated this morning in two groups at Toyota Sports Performance Center, with select players leaving both skaters earlier than others. With no morning availability, and the fact that I consider myself somewhat of a detective, let’s list the players that left early as a potential game group, that shook out, unofficially, as follows.

That marks 13 forwards, seven defensemen and two goaltenders, with. team likely traveling extra skaters as a precaution. Keep in mind that this is my sluething of what we might see tonight, with no an official information. The line rushes the team ran this morning doesn’t match up with this list of personnel, meaning we’ll likely see a unique lineup this evening in Arizona. For that, we wait.

In terms of the goaltenders, McLellan said yesterday that his current thoughts were to split the game between two netminders, with the goaltenders that left the ice early being Cal Petersen and Matthew Villalta. As always though, even best laid plans are subject to change, so we’ll get a true sense later today.

“We’re going to see how everybody feels in that situation, but I believe we’re going to split. I hate to commit and tell you one way or the other, because we could change our minds, but I’ll rely on Billy [Ranford] and Matty Millar to get a sense of how the goaltenders are feeling, and if we should continue or put someone else in.”

Preseason Notes
– Today’s game will mark the third straight preseason that the Kings have opened up against the Coyotes. In 2018 and 2019, the teams played split-squad games, one in each arena, on the same night to maximize roster usage. This season, while the return matchup is over a week away, the Kings instead have four games in five nights, five in six if you include Kings vs. Kings, in lieu of any split-squad activities.

– The expectation at this time is that we won’t see any overlap between tonight’s group of 20 that heads to Arizona and the group of 20 that will take the ice tomorrow evening in San Jose. The expectation, as McLellan shares below, is that we’ll see two, completely different lineups to maxmize game experience for some of the younger players at this stage in the process.

“We have a large group that we need to look at,” McLellan said. “Tomorrow night, we’ll see 20 players play and in all likelihood, we’ll see a different 20 players the next night. That will knock 40 players out for at least one game. We’ll still have some veterans that will not have entered the fray yet, and we’ll get as many of these young kids in the lineup as we can. Obviously, you want to win every night, and I expect our guys to play that hard and push for the win, but it’s exposing them to that experience that’s going to be really important right now. Pinelli, Chromiak, Grans, they will get an opportunity to play and see if they can take it up another level, another notch. We’ll eventually start whittling it down, making it smaller and smaller.”

– With seven players released from the camp roster yesterday, the Kings are now under 60 skaters on the current roster. Per McLellan yesterday, the team is expected to get that number down even further heading into the preseason games against Vegas (Thursday/Friday), with a more manageable number of individuals traveling to those games.

“After these first two games, you’ll see us make more of a commitment to a smaller group,” McLellan said. “When we go on the road on Thursday and Friday, we can’t take 40, 50 players on the road with us and we won’t. It will be an even smaller group then.”

There will be no broadcast stream of tonight’s game available. Nick Nickson will be calling the game on radio for the Kings, available HERE.