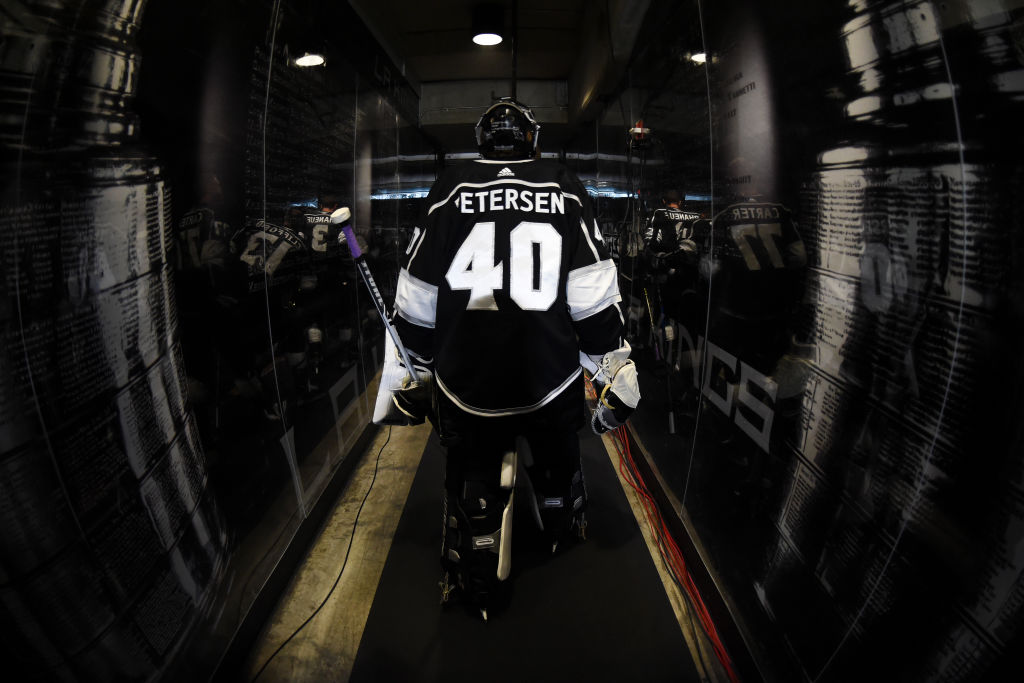 We’ll kick off the second day of training camp by hearing from goaltender Cal Petersen, who spoke with members of the media yesterday afternoon. Petersen signed a three-year contract extension on Wednesday, locking him up with the organization through the end of the 2024-25 season.

Petersen surged into a larger role with the organization last season, his first full campaign at the NHL level, splitting games with Jonathan Quick, and has now signed a long-term commitment with the franchise, putting both player and team in a place they’re happy with.

Speaking with Todd McLellan yesterday, he is hoping to see Petersen push to clamp the number one position, while also noting the competitiveness of Jonathan Quick, expecting to see the two netminders continue to push each other and battle for the crease. McLellan went on to say that, in time, the expectation is that Petersen becomes the number-one goaltender for the Kings, considering the term of his contract. With Petersen now signed for the next four seasons, the expectation of developing into that number one goaltender is shared, as you’ll see below.

Hear from Petersen on his new deal, and other topics –

On getting the contract done before training camp started
It’s great. Obviously I’m really, really excited and it was something that, if we were going to get something done, I really wanted it to be before camp, so I can just concentrate on that afterwards. I’m really glad with how it turned out, we got it on a great timetable, so I’m ecstatic.

On how the expectations change, with the longer-term commitment
They’re extending me for years to come, so it’s more so an expectation that I can be a guy who can win games for the team and be somebody who is relied upon, help us get back to winning championships and in the playoffs. Those are the same expectations that I have for myself. They’re high expectations of trying to be the best that I can, and to be a number-one NHL goalie, but those are the same expectations that I have for myself. It’s nothing where I think it’s overwhelming or anything like that, it’s more of a day-to-day process. I know where I want to be at the end of that, and I’m glad that they think the same.

On the reward of getting the extension, after the years he’s put in with the organization
It’s awesome, it feels good, it feels validating. When I first came to LA, this was a decision that I made over other teams and this was a place that I wanted to be. The feeling being mutual, that they want me here and I want to be here too. This is a place I want to win, a place I want to hopefully win championships and be with this core group, for them to feel the same way, it feels good. It’s been a long journey, through the AHL, through here, and like I said, it’s validating but a lot of work left to do. It gets me really excited.

On the ice today, Petersen skates with Group B, with Todd McLellan switching up the groupings today from what we saw on Day 1. The full list of player combinations is listed below for today’s skate.

Expect to hear from players from Groups B and C today, will full coverage to follow here on LAKI!

By Zach Dooley
685 Comments
Behind the Scenes

Happy Hump Day! As we progress through the defensemen who played a full season with the Kings, we turned to veteran,

By Zach Dooley
221 Comments
Behind the Scenes

Happy Hump Day! We’ve covered the goaltenders and the forwards, some via individual articles and others via group pieces earlier in