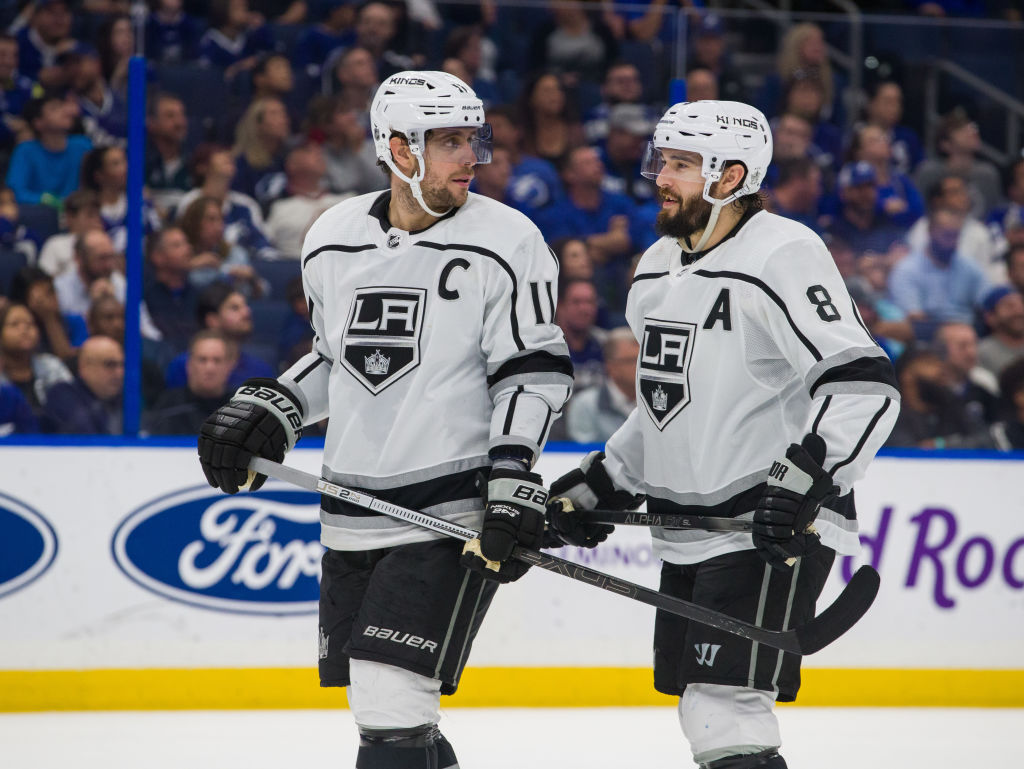 At the end of last season, defenseman Drew Doughty did not mince his words when speaking about his desire to see the team improve.

“We’ve got to get better, that’s the bottom line, that’s what we need,” he said during his end of season interview in May. “Yeah, all the individual players need to get better over the summer, stuff like that. But, as a team, we just need to be better and get better. That’s not just on the players.”

Doughty was asked if he would be content, heading into the 2021-22 season, without significant changes made to the NHL roster, and he responded with a simple, one-word answer. 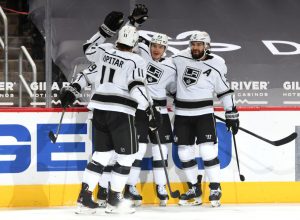 Anze Kopitar was not quite as pointed in his comments, but still he acknowledged a desire to see the team succeed, and that improvements to the team’s personnel would be needed to achieve that. He recognized the two-way street of improvement, with external acquisitions a key part of that.

“I think there’s no secret that this summer is going to be very important for us from all points of view, really,” Kopitar said. “Whether that’s developing younger guys, maybe bringing some guys in, so it should be very exciting for everybody and we’ll see what happens at the end of the day.”

Those comments came now more than four months ago, following the end of another frustrating season for the pair of two-time Stanley Cup champions. Fast forward to today, the first day of NHL training camp, and both players seemed happy with the organization’s commitments to offseason improvements with the additions of veteran players.

Viktor Arvidsson, Phillip Danault and Alex Edler took their first official skates as members of the Kings organization earlier today. Arvidsson skated on a line with Kopitar, while Danault centered a line with Alex Iafallo and Edler partnered with defenseman Sean Walker. That trio brings more than 1,500 NHL games to the Kings roster, to go along with several strong individual seasons and different unique skillsets.

Check the box for veterans added in the offseason.

Kopitar, when asked point-blank about the changes made over the offseason, felt that the moves made were exactly what was needed in putting the team past the rebuilding stage of the process and into the ascension back towards the top.

“I think at this point, with adding those three guys, we’re past the rebuilding part,” he said, during his season-opening media availability earlier today. “It’s on us now to take the next step, be in the mix come March and April and hopefully get into the playoffs.”

Doughty is always one to speak directly when asked questions like that. This afternoon, he was immediately asked about the additions made in the offseason when he stepped in front of the Kings backdrop for the first time this season. The alternate captain agreed with the notion that the Kings have moved beyond the teardown of seasons prior, and are back on track with where he sees things going.

“You understand why we needed to go through the rebuild and that kind of stuff, but at the same time, you never want that to happen,” Doughty said. “I’m just excited to see that we’re making that transition and I’m just really excited for the year. Not trying to get ahead of ourselves, but we’re looking like we’re going to be a good team in my opinion and I’m very, very happy.”

What was perhaps even more encouraging from Doughty was hearing his individual excitement towards each of the three players added this offseason.

Starting with Danault, the two-way value that he brings to the team is something that has not gone unnoticed. His value at both ends of the ice, and the pressure he will ideally be able to take off of Kopitar, is something that Doughty was drawn to right away.

“I really like all of the acquisitions we made,” he said. “Danault is a great, two-way player. Kopi has always been the shutdown guy for us and at the same time putting up all the points for us too, so maybe we can take some of that pressure of Kopi, help shutdown the other team’s lines.” 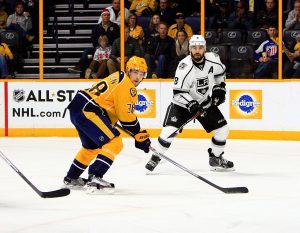 From his time as a shutdown defenseman in the NHL, skating against opposition top lines, Doughty saw a lot of Viktor Arvidsson coming at him in an opposing jersey.

The former Predators winger left a lasting impression on Doughty from their past clashes, with the former Norris Trophy winning defenseman excited to have him now as a teammate.

“Arvi is going to be a great winger for Kopi, or whoever he plays with,” Doughty said. “Playing with him in the scrimmage today, I found him like three times he was very good at getting open and stretching out the ice, which is what we’re looking to do. When I used to play against him, he was always a challenge, and I’m very happy to have him.”

The final veteran acquisition was in the form of Alex Edler, who Doughty has played against for nearly his entire career, in a long string of Los Angeles – Vancouver battles.

Doughty said during last summer’s exit interview that he didn’t feel the team necessarily needed any help on defense, pointing out that he is happy playing with Mikey Anderson, and that he believed the incumbent group to be sufficient as it ended the season.

He certainly wasn’t upset in adding Edler into the mix, however, another veteran presence to help push the team forward.

“Edler, I’ve played against for my entire career now,” Doughty added. “Very good, steady defenseman, plays well both ways, will help us in the room and help us with the young guys. Very happy with all of them and I’m looking forward to starting the season.”

The lasting comments from the Kings’ two best players were words that dominated the final comments of the 2020-21 season. Having Doughty and Kopitar on board with the moves that were made, and excited about moving forward into this season, is a huge win for everyone.

“That’s exactly my point, of being in a [rebuild] mode,” Kopitar summarized. “It’s trying to get some guys off the books and then adding pieces that are going to help you win games. It’s very exciting obviously, coming in and we’ve got to make sure we have a good camp now and get ready for opening night.” 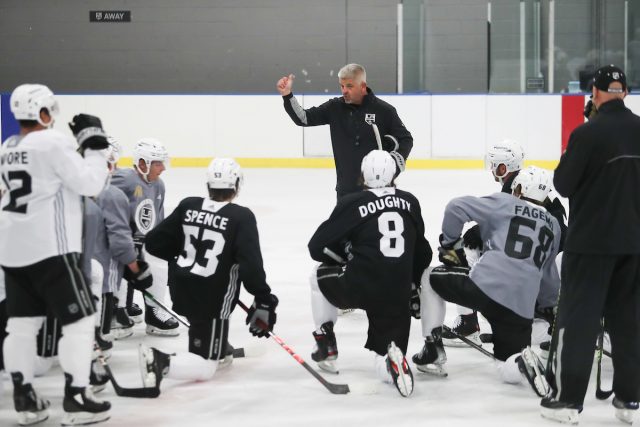