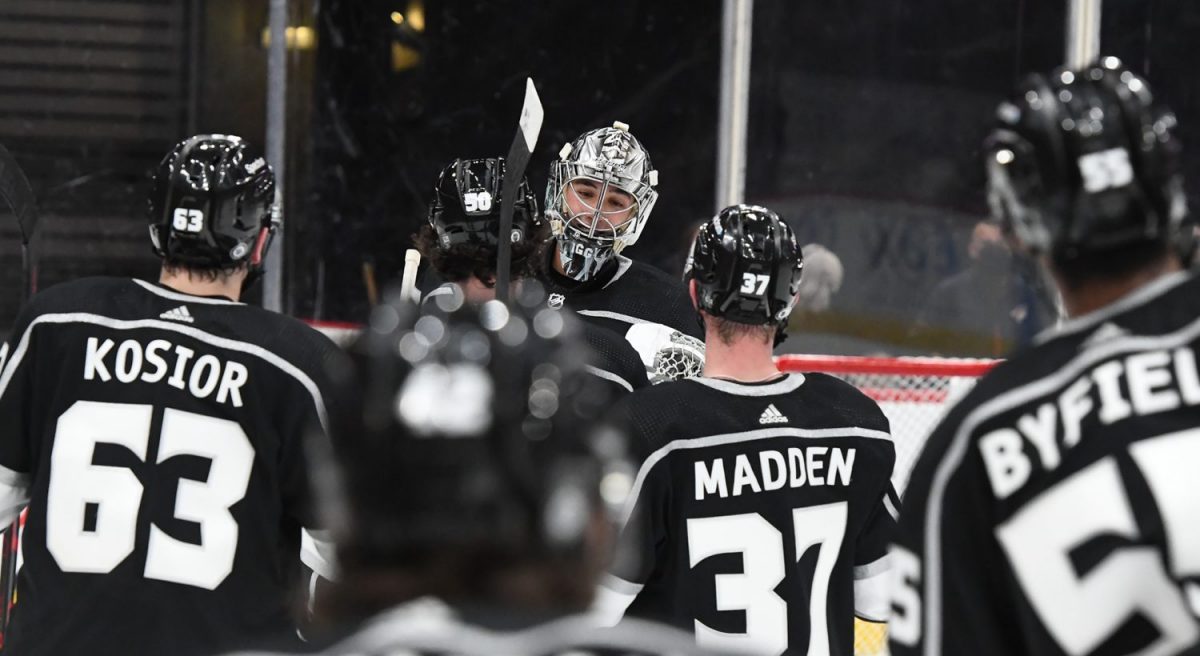 Another Rookie Faceoff is behind us, and we’ll officially close the books on the tournament for first-year players by recapping the event that was. The Kings skated to a 2-1-0 record from the games in Arizona, with certain players standing out over the course of the weekend.

All The Kings Men Podcast

Daryl Evans, Zach Dooley and Jared Shafran were in Arizona for all three games of the 2021 Rookie Faceoff. The trio return from the exhibition series and join host Jesse Cohen to share their thoughts and impressions of the young Kings players. With training camp opening later this week, the young players representing the Kings had an excellent opportunity to set the tone for the new season and gain some momentum for themselves.

Corey Pronman, The Athletic, on Alex Turcotte
Turcotte was the Kings’ most consistently noticeable player in the game I watched. He was in on a lot of puck battles, doing a good job of winning battles versus bigger players and creating back pressure to force turnovers. He combined that by making a good number of offensive plays and having solid pace to his game. He made a solid case for himself going into main camp.

More from Pronman & The Athletic is available here.

Chris Peters, Hockey Sense, on Samuel Fagemo & Martin Chromiak
SF: I tweeted it and I’ll say it again here: Fagemo is going into camp looking to take a spot from someone. The speedy Swede was one of the most consistently threatening forwards in any game I watched over the two days in Arizona. He was getting behind defensemen, but he was also getting inside to get better looks. He had a handful, if not more, scoring chances in the final game of the tournament and scored on a wonderfully-placed shot that beat the goaltender low to the short side on the rush. He also took a couple of poor penalties, but his motor was running. Some guys were going through the motions in these games, but Fagemo was not. Don’t be surprised if he forces the issue in LA’s camp.

MC: I thought Chromiak was a very strong performer in the two games I saw him play. His patience and ability to make good decisions with the puck showed an advancement in his overall hockey sense. I’m looking forward to seeing how he advances in junior this season after having to spend last year in Slovakia. With the chance to play with Shane Wright in Kingston this year, I’d expect a massive year for Chromiak in terms of his production.

More from Peters, including several additional Kings player evaluations from the weekend, is available here via Hockey Sense with Chris Peters.

With that, we close the book on Rookie Faceoff, with main camp dead ahead. More to come between now and tomorrow morning’s first practice of the season, including a full roster for camp tomorrow.