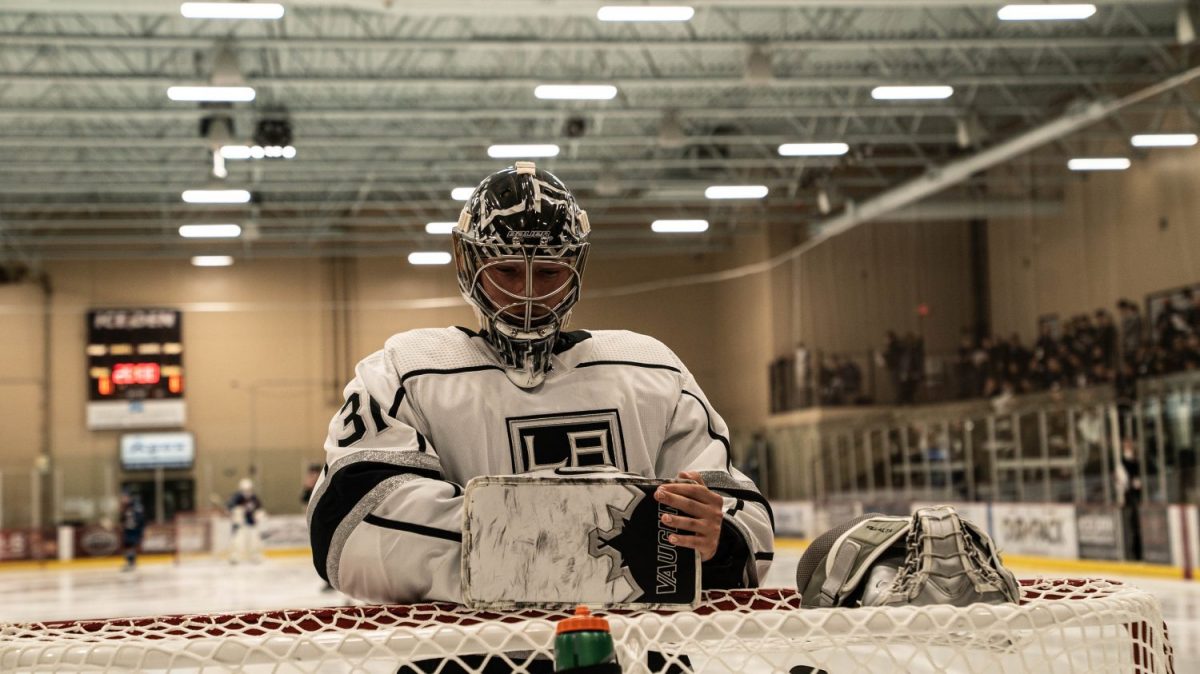 The LA Kings opened the 2021 Rookie Faceoff in style, with a 4-0 victory over the Colorado Avalanche on Friday afternoon.

The opening period saw the Kings score early, and late, as they took a 2-0 lead after 20 minutes. First, Martin Chromiak buried a chance off the rush, created by quick passes from Quinton Byfield and Arthur Kaliyev on just the second shift of the afternoon. After nearly the entire 20 minutes had elapsed, the Kings struck against late through Samuel Fagemo, who buried a Sean Durzi rebound, to make it a two-goal lead for the men in white with just 1.5 seconds on the clock.

LA had several opportunities in the second period and the Byfield-Chromiak connection combined again to make it 3-0. Chromiak worked a turnover in the left-hand corner of the offensive zone, with Colorado goaltender Justus Annunen out of the net, and he fed Byfield for the tap-in tally in front.

The opening half of the third period featured several penalties for both sides, as the Kings chased an insurance tally while Colorado looked to get on the board. By unofficial count, the Avalanche had six power-play opportunities in total, including three in the first 10 minutes of the third period, but came up empty. Within a five-minute span in the third, we saw 5-on-4, 5-on-3, 4-on-4 and 4-on-3 hockey played.

The Kings added an insurance tally late, with forward Tyler Madden crashing the net and burying a loose puck, as Fagemo and Aidan Dudas tallying the unofficial assists on the play. The Avalanche were unable to beat Kings netminder Matthew Villalta, who recorded the shutout in the tournament opener.

With a boxscore now provided, Villalta’s shutout was a 23-save effort, while Byfield, Chromiak, Fagemo and Madden each tallied a goal and an assist. Madden led all skaters with eight shots on goal, while Alex Turcotte had six.

3 Takeaways
1. The forwards you expected to show out, showed out. The Top 6 in particular, consisting of Madden/Turcotte/Fagemo and Chromiak/Byfield/Kaliyev were creating chances all throughout the contest. Those are the top-end guys you expect to see shine at this level. As Head Coach John Wroblewski notes below, this tournament is a step behind in-season AHL hockey, but those six players all have AHL experience, and success to their names, and this afternoon against Colorado, it showed.

2. Attaboy, Matty V! A late add to this tournament, Matthew Villalta stepped in during Game 1 and finished the game with as many goals allowed as he started it with. Villalta’s most recent season in the AHL was up and down, but he was stout throughout the evening, denying several breakaway and partial breakaway chances, especially in the early stages. Villalta looked every bit the part of a goaltender entering his third professional season, and was sharp in his first showcase opportunity of the fall. Good on him.

3. It’s hard to single in on one standout performer. Samuel Fagemo’s hockey sense was outstanding, Aidan Dudas was everywhere on the penalty kill, Helge Grans was solid in his first time in a Kings sweater….but how about Martin Chromiak. Skating on a line with Quinton Byfield and Arthur Kaliyev would seemingly draw the focus solely on those two players, but Chromiak was solid, recording two points and forcing turnovers at both ends of the ice. Really good showing for the young forward.

Hear from Villalta, Fagemo and Head Coach John Wroblewski from after the victory.

Samuel Fagemo
On what he liked from the forwards tonight, and his line with Turcotte and Madden
I think we played a sick game today for 60 minutes. We played good on defense, on offense, and I thought our line had some pretty good chances. It was really fun to play too. It was the first game in a while, I think the last game was in May, so it was really fun to play today.

On the familiarity within the group of players who were with the Reign last season
Yeah for sure. I think most of the guys played last year, I think we had some good chemistry [amongst that group]. It was great.

On what he worked on heading into the season
Getting stronger and faster. I think it felt pretty good today, so that’s nice.

John Wroblewski
On the forwards “being the team’s motor” as he hoped for
I thought, right away, particularly our Top 9 forwards were outstanding and extremely diligent. In the first period, there were a few times when Colorado got away from us, Byram in particular, and Newhook were daunting with their speed, it’s tough to match. I thought as the game went on, we got a lot better at that, it was few and far between when we backed out a little bit more than we should have, and Villalta was there when we needed him. The forwards were really good today, I appreciated their effort, they drove a lot of the play and the pace.

On capitalizing at both ends of the first period
When you can get that first one right away, plant that seed of doubt right away, that’s a formula for success in any period, in any game. Those late-period goals are like daggers, they just feel terrible when it happens to you. You go back into the locker room disjointed, and when you get one, it feels like a bonus goal, because everyone in the arena knows how pivotal those goals can be. It’s almost like a goal and a half, because your locker room has buzz, the players are excited and especially when it’s a goal-scorer like Sammy [Fagemo], that just fuels the other guys too.

On the success of the penalty kill tonight
A lot of the premier penalty killers we have in this event are returners and Chris Hajt does such a good job with these guys, he’s so thorough. Not just with his instruction, but how he creates and how the players absorb the buy-in. It is a team mantra, but Hajter does such a good job. I was very impressed with our penalty kill, they took a lot of pride in it, I thought Aidan Dudas was spectacular, a real buzzsaw out there. You can’t deny the big fellas either, you go down the line, Byfield, Kupari, Turcotte, Madden, he didn’t kill a lot for us last year, but he’s so smart, good stick. Sammy was out there for us, and I liked Pavlychev and Sodergran for us too, I thought they occupy a lot of space, Pavlychev had a huge block for us at the end, shows he wants to be here. It’s exciting to see those guys come and take their opportunity.

On Sean Durzi, and him wearing the “C” today
Yeah, he was tremendous, his composure. It’s probably a step less than the American League in the middle of the regular season, but he was in full control back there, the game looked simple and easy for him today. I don’t know how many shots he had down to the net, but it felt like the puck was on his stick the whole game. With Durz, you get compete, I love that he defended our net. Newhook went hard to the paint, gave Villalta a shot. It’s commendable from Newhook, it’s his game, but Durzi wasn’t going to stand for it. He got in there and showed that, in Ontario this year and I’d imagine with the Kings too, we’re team tough. We’ve lost some of our fighting capabilities that way, but we can stick up for each other in other ways. That was awesome from Durz.

The Kings rookie are on the ice tomorrow morning for practice, coverage to follow!