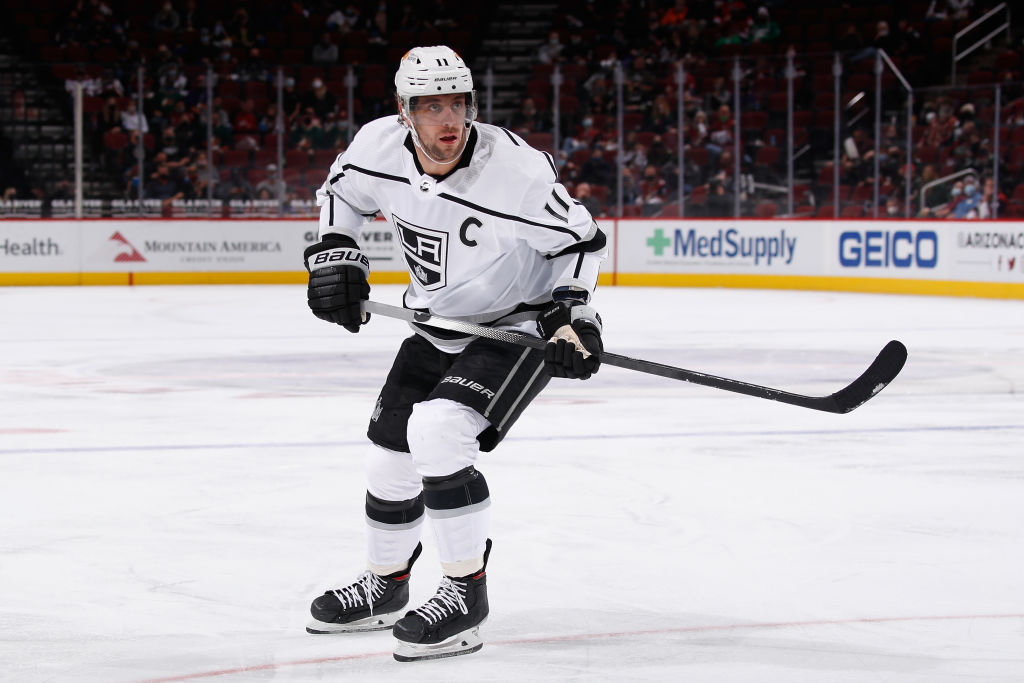 There is a monument outside of STAPLES Center featuring (among others) Jonathan Quick, Drew Doughty, Anze Kopitar and Dustin Brown. This quartet of players formed an integral part of the LA Kings’ two Stanley Cup championships in 2012 and 2014. While those Cup-winning teams were full of players acquired through trades and free-agent signings, the foundation was laid via the draft.

The 2021 offseason saw the Kings make high-profile additions through trade and free agency, but in recent seasons, Rob Blake and the organization have reaffirmed their commitment to building through the draft.

THE FOUNDATION
The four players immortalized outside STAPLES Center were not the only players inherited by Blake when he assumed control of the Kings in 2017.

Adrian Kempe had already made his NHL debut while Austin Wagner and Matt Roy, both drafted in 2015, were then poised to become regular NHL contributors. Kale Clague, drafted in 2016, debuted during the 2019-20 season, played 18 games last season and enters training camp looking to further define his role within the organization, with fellow 2016 selection Jacob Moverare coming off his first season with the AHL’s Ontario Reign.

YEAR ONE (2017-18)
The 2017 NHL Entry Draft gave Blake his first opportunity to begin building the prospect pool that is currently the envy of the NHL. Gabriel Vilardi (Round 1), Jaret Anderson-Dolan (Round 2) and Mikey Anderson (Round 4) were all selected by the Kings in 2017 and each skater logged significant minutes for the Kings during the 2020-21 season. Five of those first seven players selected by Rob Blake remain with the organization to this day.

The draft wasn’t the only avenue Blake used to augment the Kings roster, however, with the college free agent market also paying dividends. The Kings signed a pair of free agents in the summer of 2017 that have gone on to occupy crucial roles for the organization. Goaltender Cal Petersen (a 2013 draft pick of the Buffalo Sabres) signed out of Notre Dame, while forward Alex Iafallo (undrafted) joined the Kings from the University of Minnesota-Duluth.

YEAR TWO (2018-19)
During the summer of 2018, the Kings continued using the draft to stock the franchise with skilled forwards, drafting Rasmus Kupari in the first round and Akil Thomas in the second. The Kings made seven total selections in the 2018 NHL Entry Draft and retain the rights to all seven players entering the 2021-22 season. On the blueline, Sean Walker was signed as an undrafted free agent in 2018 and forward Blake Lizotte was signed out of St. Cloud State in April of 2019. Lizotte would play just one game for the Kings at the end of the 2018-19 season, but secured a roster spot for himself the following fall.

That season also saw the Kings begin to invest heavily in acquiring “draft capital” and prospects. A series of late-season trades saw the LA Kings acquire Carl Grundstrom and Sean Durzi, as well as extra picks in Round 1 and 3 of that summer’s edition of the draft. 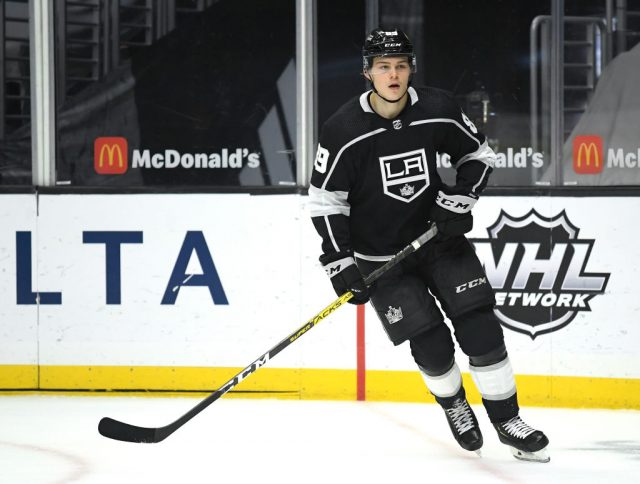 YEAR THREE (2019-20)
The Kings came away from the 2019 NHL Entry Draft with two first-round picks, Alex Turcotte and Tobias Bjornfot, and two second-round picks, Arthur Kaliyev and Samuel Fagemo. Seven of the nine players the Kings selected in 2019 went on to be named to play in future World Junior Championships and all nine players are currently still with the organization.

Not content to rely exclusively on prospect development to help the team, the Kings acquired Olli Maatta in a trade with the Blackhawks and signed Andreas Athanasiou as a free agent during the offseason between two seasons both shortened by COVID-19.

YEAR FOUR (2021)
Following up their performance at the 2019 Entry Draft should have been a difficult task for the Kings but the front office managed to improve an already impressive list of prospects. Quinton Byfield, taken second overall, received most of the fanfare but the Kings were active traders at the 2020 draft, particularly in the second round.

In the second round, the Kings used their own selection to draft Helge Grans, moved up from 50th to 45th to select Brock Faber and traded the 59th pick for Lias Andersson (7th overall in 2017). As in 2019, the Kings made nine total selections in 2020, with four of those prospects playing in the 2021 World Junior Championship.

During the 2021 season, the Kings continued to be active in the trade market acquiring Christian Wolanin, Brendan Lemieux and a conditional pick in both the 2022 and 2023 NHL Entry drafts.

YEAR FIVE (2021-22) and BEYOND
At the 2021 NHL Entry Draft, the Kings employed a different strategy than in years past. Using later-round picks as trade capital to move up to select players, the organization traded up three times, choosing quality over quantity, as they wound up adding just four players to their already crowded list of prospects.

Of the 32 players drafted by the LA Kings between 2017 and 2020, 30 remain with the organization and 18 of them have appeared in the World Junior Championship with Lias Andersson, Kirill Kirsanov and Samuel Helenius having already participated before being acquired by the Kings and Brandt Clarke a strong candidate to join Team Canada at the 2022 WJC.

Solid scouting and savvy drafting are needed to build the foundation of a winning franchise but drafting alone isn’t enough to raise the Stanley Cup. To that end, in the summer of 2021, the Kings made a high-profile trade acquiring Viktor Arvidsson from the Nashville Predators for a pair of draft picks, both in rounds where the Kings owned multiple selections. The Kings also dipped into the free-agent market this summer, signing highly sought-after, two-way center Phillip Danault and veteran defender Alex Edler, in addition to forward T.J. Tynan and goaltender Garret Sparks.

With the remaining core of Stanley Cup champions still in place and a stable of young, talented prospects ready to enter the fold, the trio of veterans added this offseason join a roster poised to forge a new era in Kings history. This is how the Kings were built, and we’re just over a month away from seeing what was built in action. 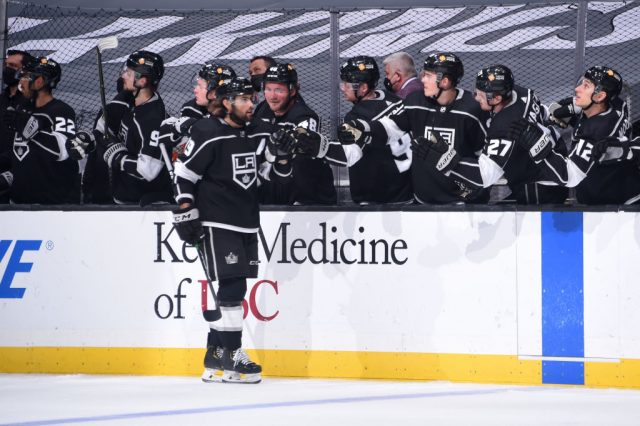 LOS ANGELES, CA – MAY 10: Alex Iafallo #19 of the Los Angeles Kings celebrates his goal with teammates during the third period against the St. Louis Blues at STAPLES Center on May 10, 2021 in Los Angeles, California. (Photo by Juan Ocampo/NHLI via Getty Images)