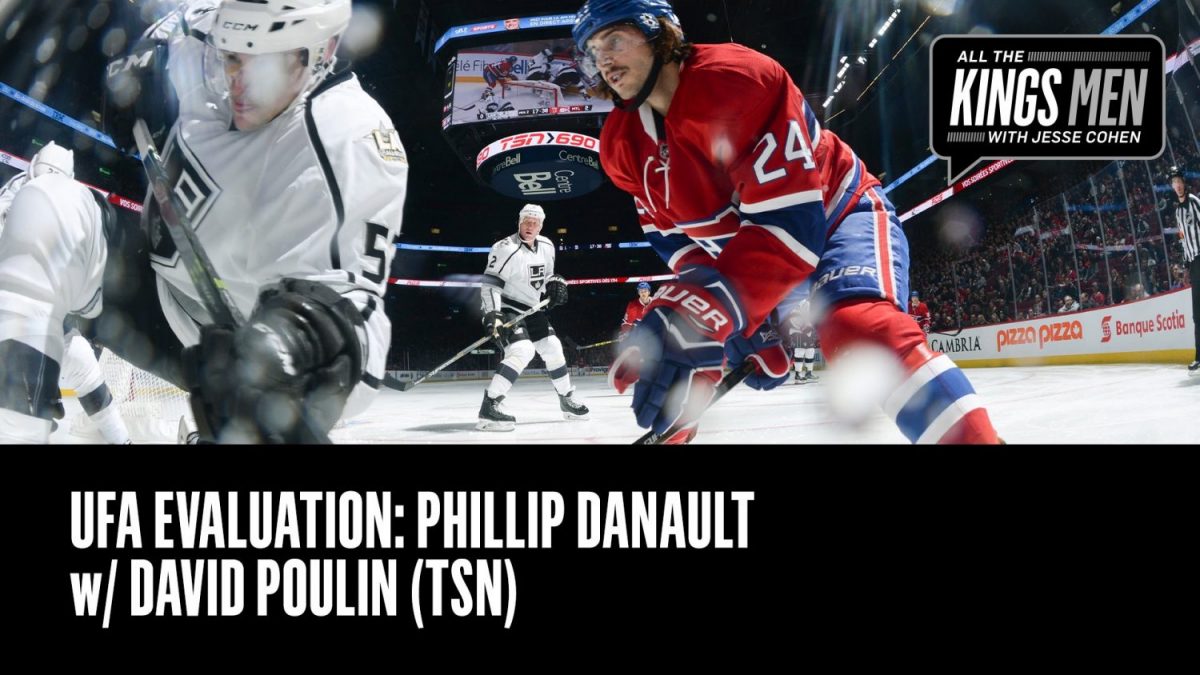 Following the Kings addition of Phillip Danault, Jesse Cohen of All The Kings Men was joined by former 13-year NHLer and current TSN analyst Dave Poulin to talk about the organization’s marquee offseason signing.

Poulin, who has covered the Montreal Canadians and Danault closely over the past four seasons self-admittedly played a very similar game stylistically to Danault en route to winning a Selke Trophy in 1986-87 raved about the attributes Danault brings to Los Angeles.

Here are some of the notable takeaways from Poulin on the Kings signing Phillip Danault to his six-year, $33 million contact.

On the strengths in Danault’s game
He’s been in the conversation for the Selke Trophy over the last few years, in the top 5-10. He gets all of the tough starts: he gets all of the defensive zone face-offs, he gets all the penalty kill defensive zone face-offs and he’s a real strong face-off guy (53.1% career average). He’s comfortable with his own game and I think that’s going to be a big factor in his success.

On the value that Danault could have on the Kings organization for years to come
With Danault, you have an ingredient. If you want to teach defensive responsibility to the Kings prospects, that certainly starts in the AHL with the Reign, but it also starts with assimilation by watching and learning from other players that you’re playing with. If you’re watching Danault on a night-to-night basis, you’re watching someone you can learn from and get better from.

On Danault allowing Anze Kopitar to focus on offense more by taking on the defensive responsibilities
The reason you don’t have to put Kopitar out on a big defensive zone face-off is because you now have a Phillip Danault, and you can trust him every bit as much in that situation as Kopitar. Therefore, you’ve lightened the defensive responsibilities for Kopitar and now you can give [Kopitar] more offensive zone face-offs. Danault gives you that option. It’s an absolute that [Danault] will help players north and south of him on the roster.

By All The Kings Men
50 Comments
Audio

By All The Kings Men
189 Comments
Audio