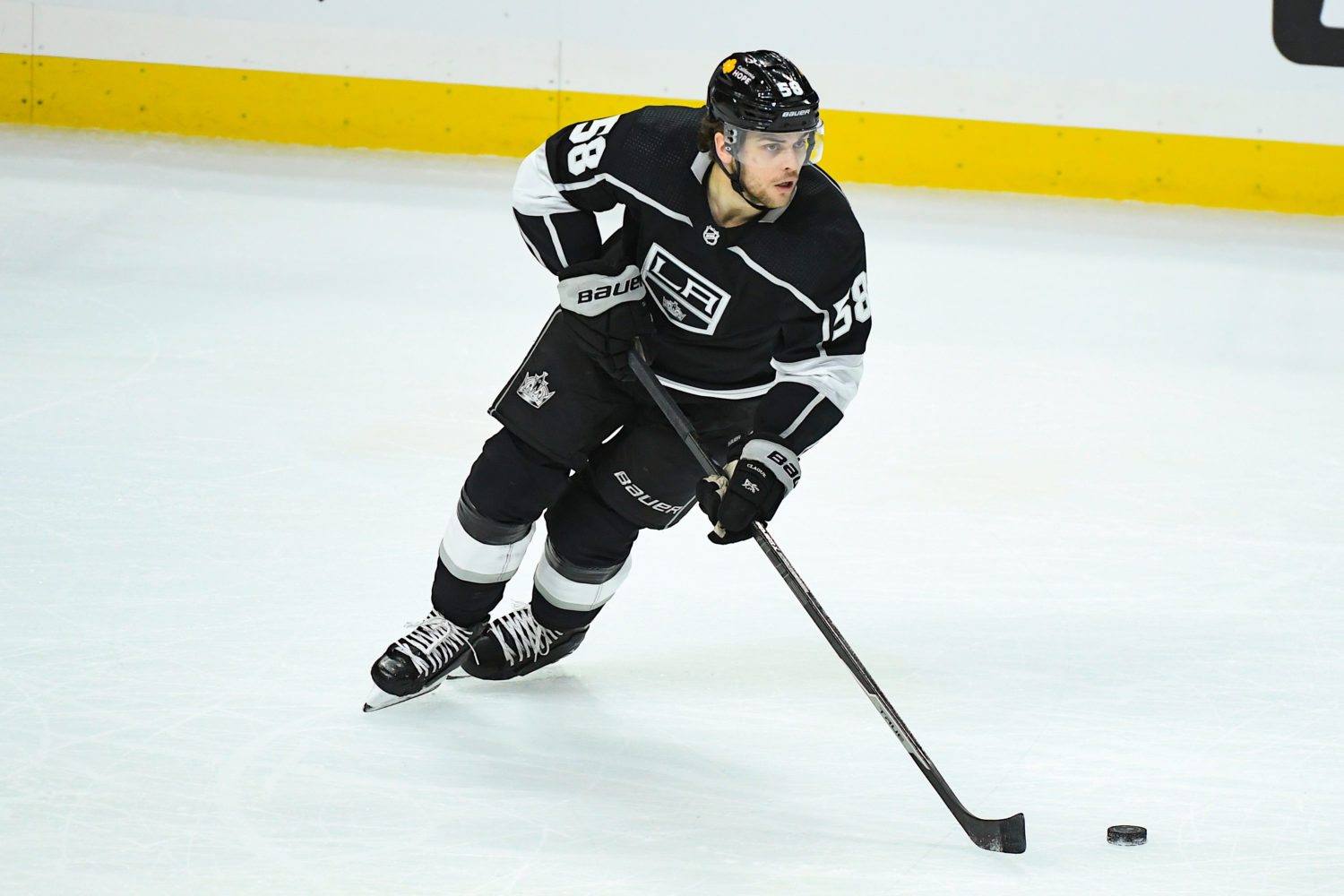 The LA Kings have signed defenseman Kale Clague to a one-year, two-way contract extension with an average annual value (AAV) of $761,250 at the NHL level.

Clague, 23, made his NHL debut with the Kings during the 2019-20 season and has appeared in 22 games in his young NHL career. Clague tallied six points (0-6-6) from 18 games played this past season, including his first career NHL point, an assist on January 24 against St. Louis.

The pros on Clague during his time in the NHL were generally what you knew about him coming in. He’s a smooth skater and a strong puck-handler, with the ability to move the puck both up ice by both passing it and skating it. We saw those traits shine during the 2019-20 AHL season, and saw them come out especially in his second stint with the Kings in the second half of 2021. Clague has worked since entering the professional ranks on improving the defensive side of his game, the area usually stated as improvement, and we saw some strides throughout the season.

“Since he’s come back up, he’s played quite well, both offensively and defensively,” McLellan said of Clague in early-April. “His sense of where he is on the ice and his reads of when to go and when not to go are much better now than they were when he left, so he’s done some real good things down there.”

Clague also brings versatility to the Kings, with an ability to play both the left and right sides. Clague played predominantly on the right during his two (mostly) full seasons in the AHL, partnering typically with one of the complement of left-shot blueliners in Ontario at the time. We saw that versatility this season in the NHL as well, with Clague able to step in on either side, depending on the situation, an asset that should give him additional opportunities in the fall.

Generally speaking, possession metrics were solid for Clague, with the Kings controlling greater than 50 percent of shot attempts with Clague on the ice this past season. His scoring chance and high danger metrics were lower, but compared to his teammates, he was nearly three percent better in terms of SCF% and right around two percent lower in high-danger metrics. In many ways, Clague profiled on defense as Andreas Athanasiou does at forward, to a lesser extent. Higher chances both for and against, relative to his teammates, in all categories.

Clague also skated in 23 AHL games this past season with the Ontario Reign, where he was a part of the team’s leadership group, one of a few players to serve as an assistant captain under John Wroblewski. Clague had 12 points (1-12-13) from 23 games played in the American Hockey League and also tallied an assist in the team’s lone postseason game. In 124 regular-season AHL games, all with Ontario, Clague has totaled 66 points (16-50-66), including a team-high 29 amongst defensemen during the 2018-19 season. The Regina, Saskatchewan native ranked second amongst Ontario blueliners in goals, assists and points during the 2019-20 season, and was selected to participate in the 2020 AHL All-Star Classic in Ontario.

Internationally, Clague skated for Canada in two IIHF World Junior Championships, serving as an assistant captain on the gold medal-winning squad in 2018 and helping his country to a silver medal in 2017, as he tied for the tournament lead in assists by a defenseman with six.